Out walking yesterday I spotted a nice specimen of Boletus Edulis, the Cep / Penny Bun, probably the most sought-after of all wild mushrooms, and of course I couldn't resist bringing it home to eat! 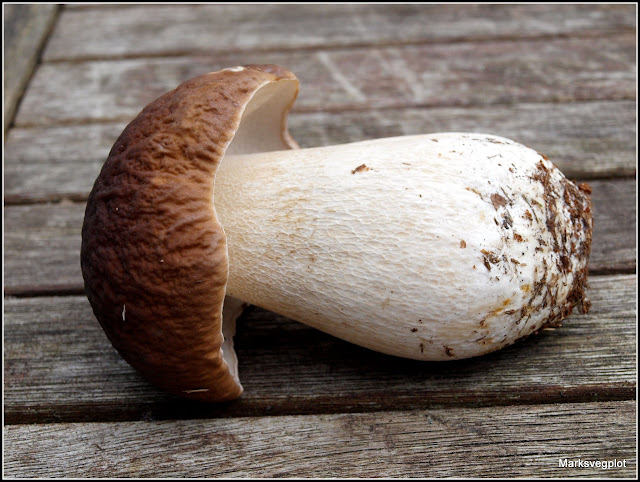 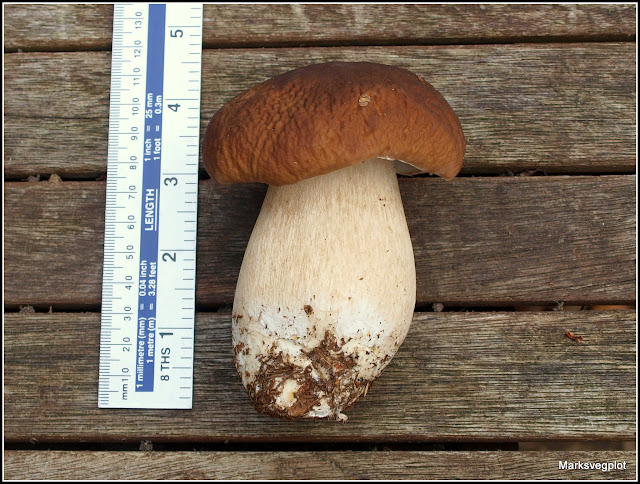 Unfortunately I could only find the one example, but it will keep for a few days, by which time it may well be joined by some other fungi! 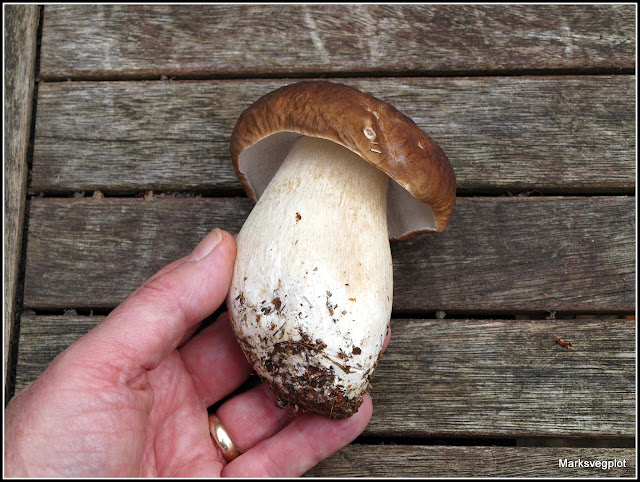 The Boletus fungi are popularly reckoned to be the best for eating. Fortunately they can easily be recognised by the absence of gill on the undersides of their caps. They have pores instead. Even if a fungus looks like a Bolete, if it has gills it is not a Bolete. I recently found this simple explanation of the difference between gills, pores and teeth, which you might be interested to read: Gills, Pores or Teeth. 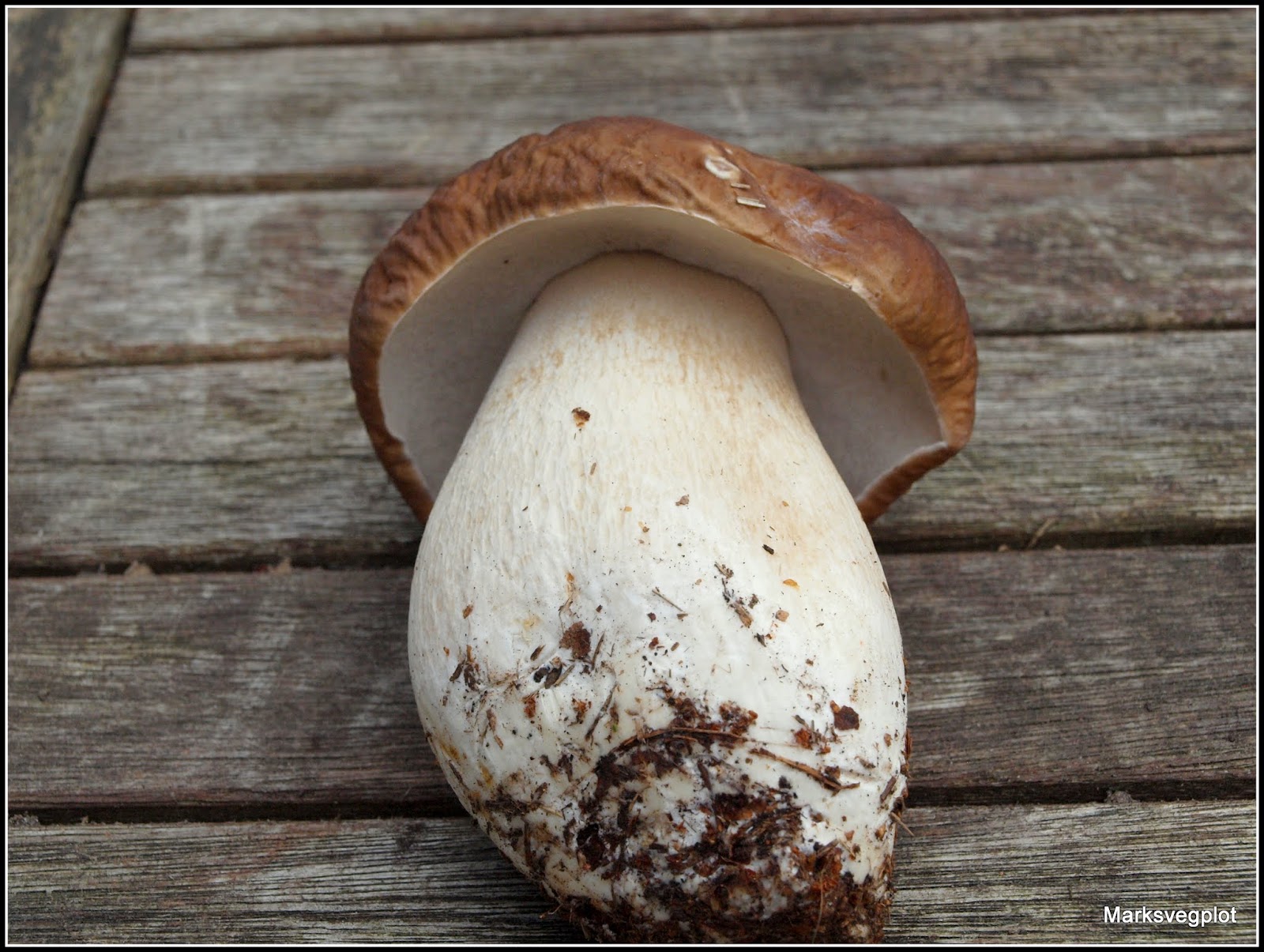 The brown cap of this type of mushroom gives rise to the name "Penny Bun", because it is said to resemble a (rather burnt!) bread bun - presumably the type that used to be sold for a penny. 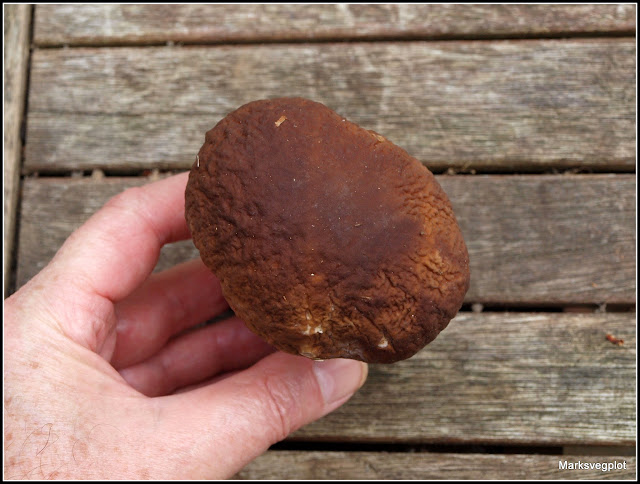 One of the most evident identification features of the Boletus Edulis is the reticulation on the stem. Something is "reticulate" when it has a network of raised ridges that create a net-like pattern, like the stem of this mushroom, seen below: 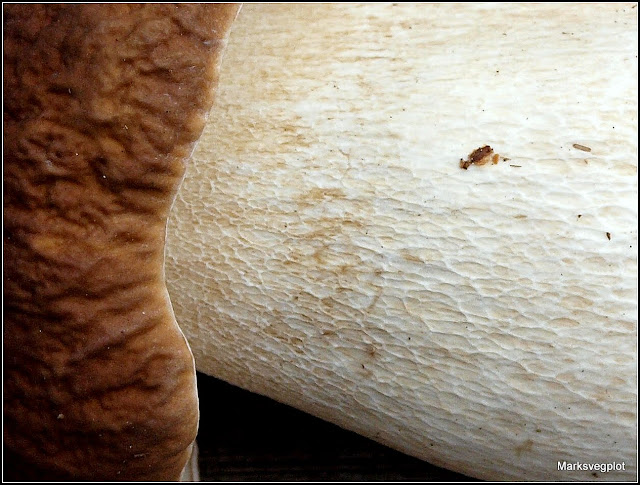 Boletus Edulis grows on soil beneath trees, notably beech and birch, and less commonly oaks as well as pines, spruces and occasionally other conifers, but never in open grassland. I'm not saying where I found my specimen, (except that it's within walking distance of my house!) but suffice it to say that it was in long grass at the edge of a piece of woodland containing Birch, Oak and Pine trees.


While I was out walking yesterday, I also took photos of two other types of fungus, one of which I have yet to identify. This one, growing on the stump of a fallen Willow tree, may possibly be a type of Armillaria (Honey Fungus). 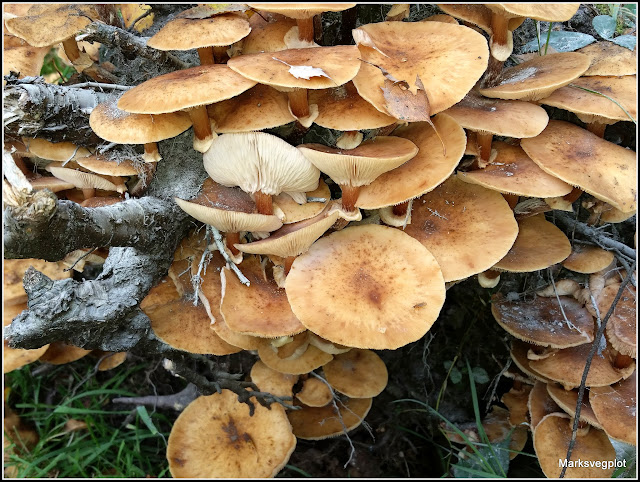 Nearby, on another very dead tree-stump I saw this: 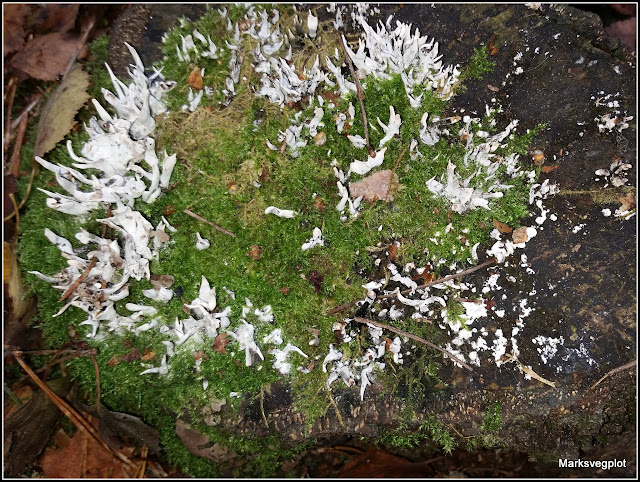 I'm fairly sure this is Candlesnuff Fungus, Xylaria Hypoxylon, which is apparently most in evidence in Autumn and Winter. Here's a close-up. 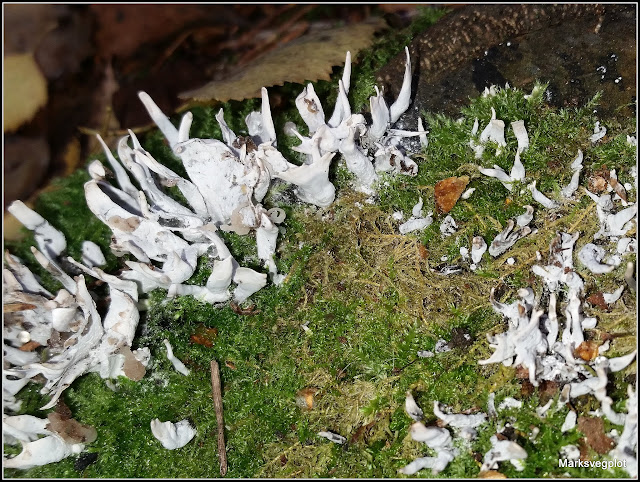 Those last 3 photos were taken on my phone camera. I don't always take my "proper" camera when I go out, but I seldom leave home without my phone, and it is so convenient to have such a compact device that can take some pretty competent pictures. The only trouble is that I can't really hold the device steady enough to get photos that are fully in focus!
Posted by Mark Willis at 12:00