Yay! We have had our first frost(s), so I feel justified in digging-up the first of my Parsnips:


I'm pleased with this trio. Nice and long and regular, without any forks. Let's hope the rest are like this too! One of the three has a bit of canker damage around the crown, but probably nine-tenths of it will be useable. 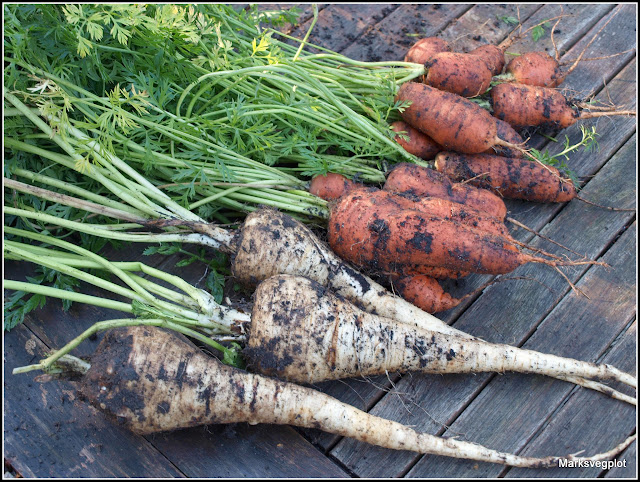 My carrots are beginning to be a bit thin on the ground now, but one more batch was added to the tally this week. As usual they are a mixed bunch - some big, some small, some regular, some "wonky". 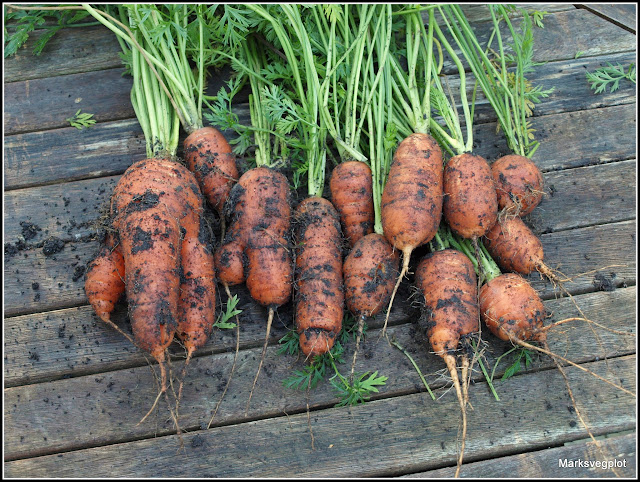 This year I have had a much higher than normal proportion of short stumpy ones (mostly of the "Norwich" variety). I wonder why this has been, because the bed in why they have been growing seems to me to be ideal - deep, sandy, stoneless, fertile, etc... 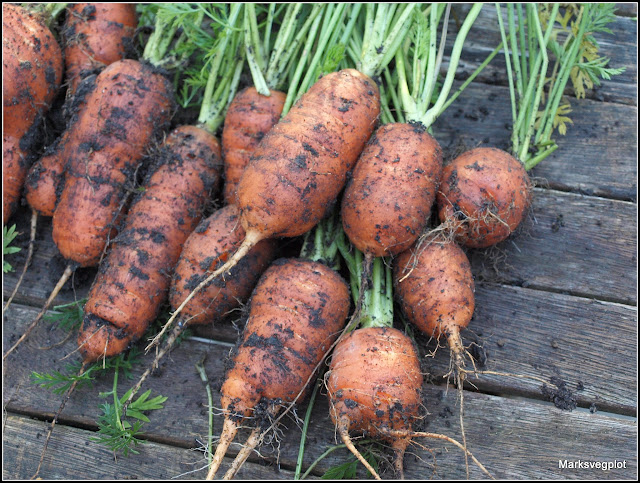 I cut two of my endives as well. 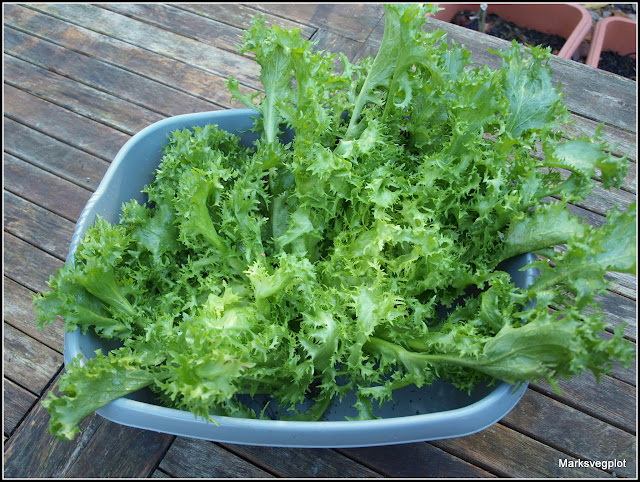 Although they are not fully blanched, there were several reasons why I wanted to pick them: firstly, I have lots of endives growing, so if I leave them all until they are 100% ready, I'll have a glut. Also, with the weather having turned a lot colder I don't want to lose them to frost. Most importantly though, I wanted some endive to accompany a rack of lamb that we ate yesterday. One of our favourite food combinations is rack of lamb, Gratin Dauphinois and endive with a nice tangy French dressing. 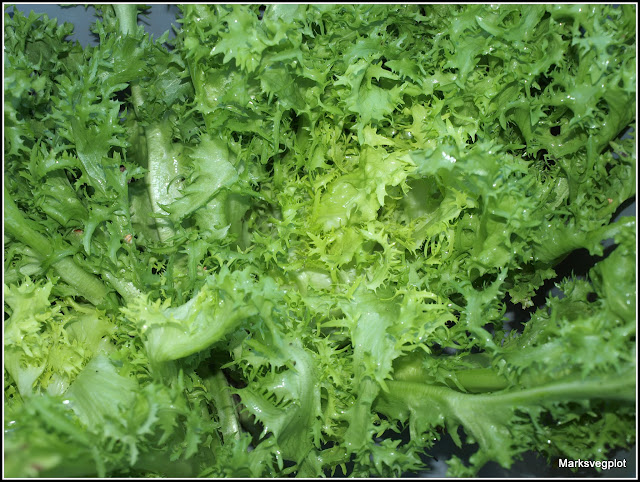 Though not illustrated here, my harvest this week included another picking of Lettuce - four little ones of different types, which together made enough salad for two meals. Last but not least, more chillis are continuing to ripen, though at this stage of the year I don't think you need to see yet more photos of chillis!

I'm linking this post to Harvest Monday, hosted as ever by Dave at Our Happy Acres, so please drop by there and see who else is still bringing in harvests.
Posted by Mark Willis at 10:00