I don't have a lot of cultivated harvests to report this week, but I do have a foraged one - more Hedgehog Mushrooms: 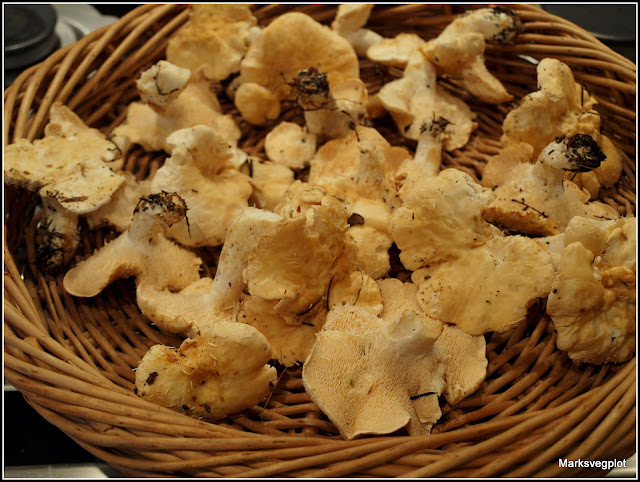 Now that I have identified a place where these delicious fungi grow, I shall return there frequently, I think! This time I "harvested" 794g of them - and there were loads more if I had wanted them.


The Hedgehog Mushroom is so easy to identify, on account of its "spines", that there is little danger of confusing it with anything else. The spines fall off very readily, which is OK because they are said to be of little culinary value. 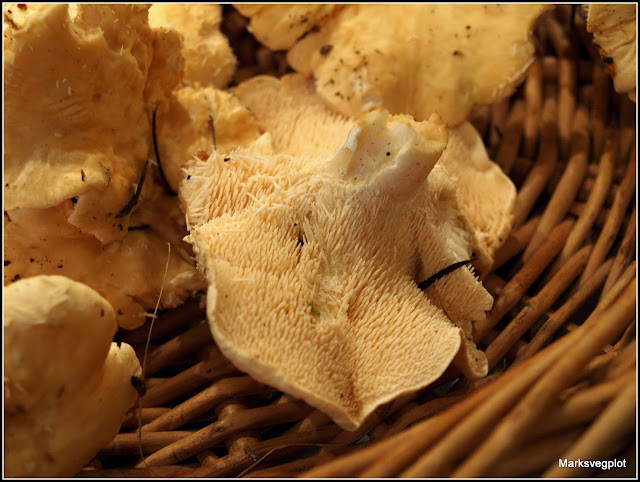 After a good clean-up, about half of these mushrooms were cooked with some bacon, garlic and parsley and served on toast as a lunch-time meal. Jane made the other half into what we call "Doubled Mushrooms" (called after a product of that name which we used to buy years ago on the Farmer's Market). Basically it entails cooking them in butter for a long time, so that they reduce to a very small volume, packed with flavour. They can then be stored in fridge or freezer for later use.

From the garden this week I did get more salad - three very small lettuces, and this Endive. 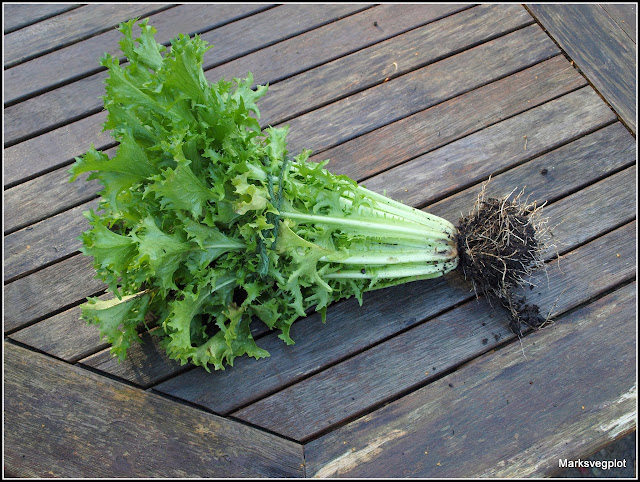 As most of you are probably aware, I have been blanching Endives by tying them up with string, to exclude the light. Once the string is removed, the lovely pale sweet inner leaves are revealed. Since we're not short of Endives, I generally discard all the outer leaves, which probably amount to 50% of the plant. 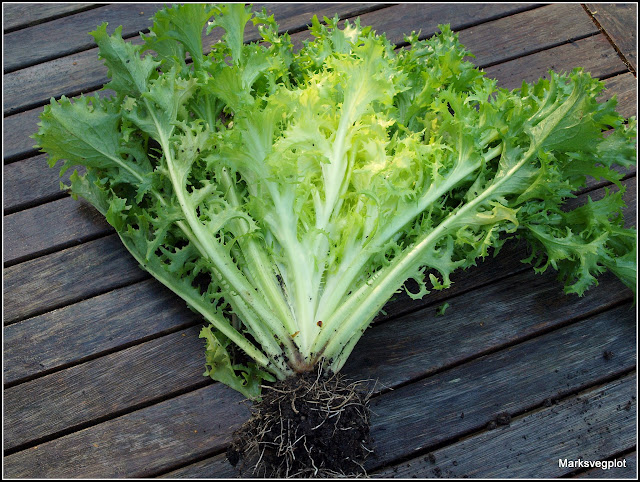 Well, that's the extent of my harvest this week. I think you will understand now why I'm going into hibernation. Although, to be fair, if we were not going away for a few days I would probably be harvesting more carrots and parsnips. Those will have to wait now until we return.

As usual, I'm linking to Dave's Harvest Monday post, over on Our Happy Acres.
Posted by Mark Willis at 12:00