This week I harvested yet another batch of "Boltardy" Beetroot - it just keeps on coming! 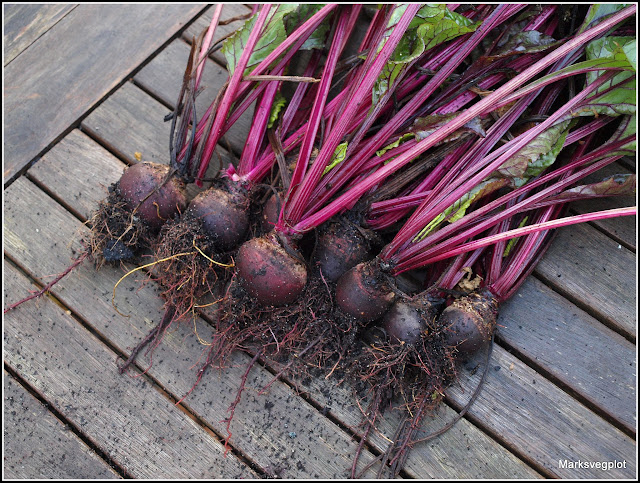 The roots are not really growing much in the colder weather, so I had to pick 10 of them to make a worthwhile quantity.

More Parsnips were added to the tally. One big "Tender and True" and 3 smaller "Duchess". 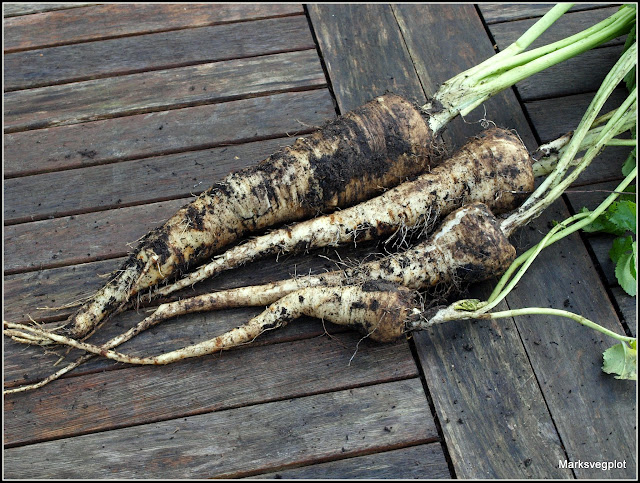 The biggest of the four in that photo above was satisfyingly big - in all senses. Here you see it on a 6-foot table. That one big root on its own weighed 378g and the batch of four was 705g in total. 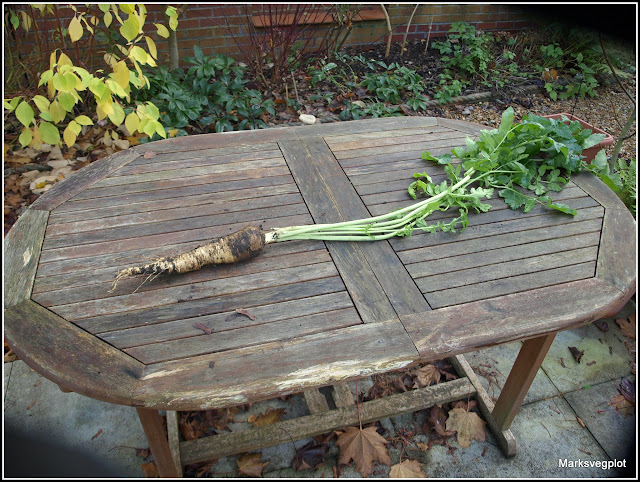 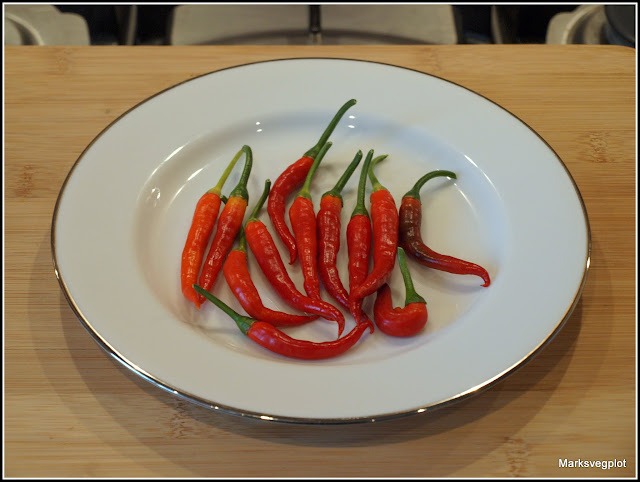 This batch is off the two plants of "Turkey, Small, Red" which were lucky enough to be brought indoors a few weeks ago. 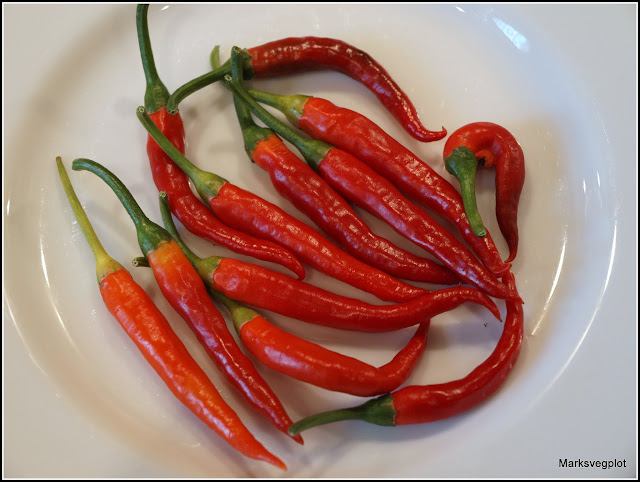 We now have a large bag of miscellaneous chillis in the freezer - easily enough to last us until this time next year.

That's my harvests for this week then. The state of my garden now means that I'm not likely to be contributing much to Harvest Monday for a couple of months. In fact, due to a general lack of blog material and to other commitments, I won't be posting much at all for a while.


I'm linking today's post to Dave's blog Our Happy Acres for this week's Harvest Monday - even if I am a day late!