Many of my readers follow me on Twitter and Facebook too, so they will have noticed that I'm getting very interested in fungi these days. Around where we live there are several patches of woodland that are particularly well endowed with fungi. Even a novice amateur like me can easily spot 20 different species in an afternoon, whilst an experienced fungi expert would probably find 100!

Autumn is a very good time for fungi. The bits of the fungi we call the "mushrooms" are actually the fruiting bodies of much larger organisms, which are mostly hidden underground. Just like traditional fruits (e.g. apples and pears) many fungi produce the mushrooms at intervals of approximately a year. You won't find a lot of fungi in Spring, but you can find loads of them in Autumn. This year seems to have been a very good year for mushrooms, probably on account of the mild but fairly dry weather.

Yesterday I went on a fungi hunt in a place that I hadn't visited before, and I found a lot of lovely mushrooms. My knowledge of fungi is increasing rapidly and I am now able to confidently identify several edible species, so I came home with a big bag (250g) of these: 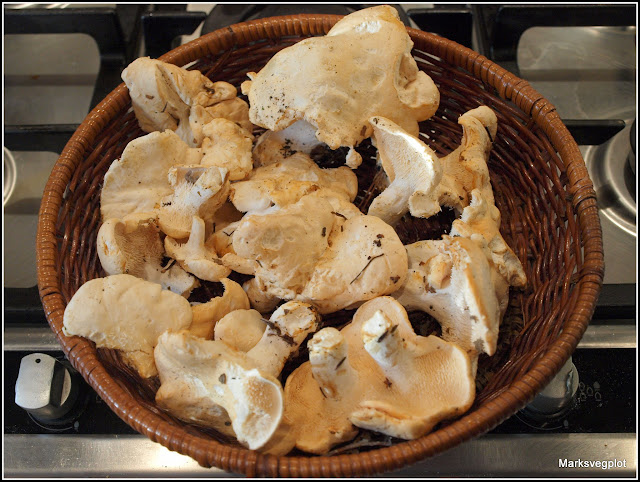 They are Hydnum repandum, the Hedgehog Mushroom, aka "Pied de Mouton" (Sheep's Foot), so called because of the shape of its cap. 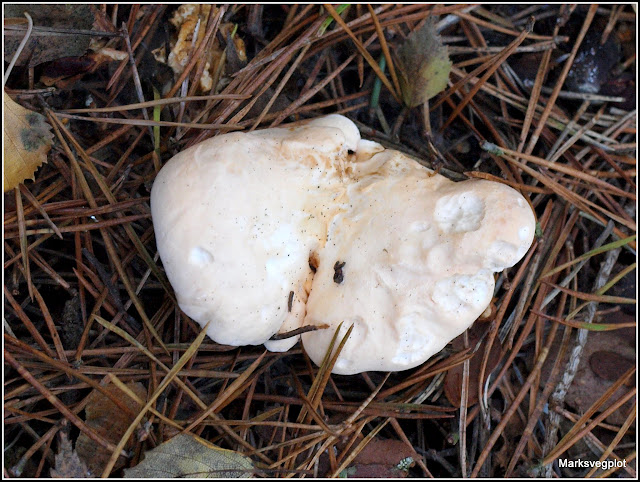 The Hedgehog name comes from the fact that the undersides of the caps are covered with spines, instead of gills or pores. 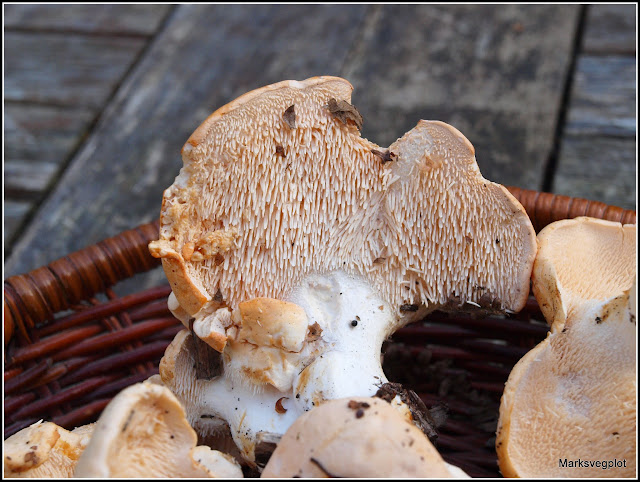 The (soft) spines are a unique feature. There is no other fungus in the UK that has this feature, which makes this one of the easiest fungi to identify with certainty. One of my favourite resources for fungus-identification is a website called Wild Food UK, and they have a page giving their Top Ten safest wild mushrooms for novice foragers. They list the Hedgehog Mushroom as 10 / 10 for safety of identification and 9 / 10 for culinary value, which makes it a winner in my book.


I also found a good specimen of the Brown Birch Bolete, another type which I think I can confidently identify these days. 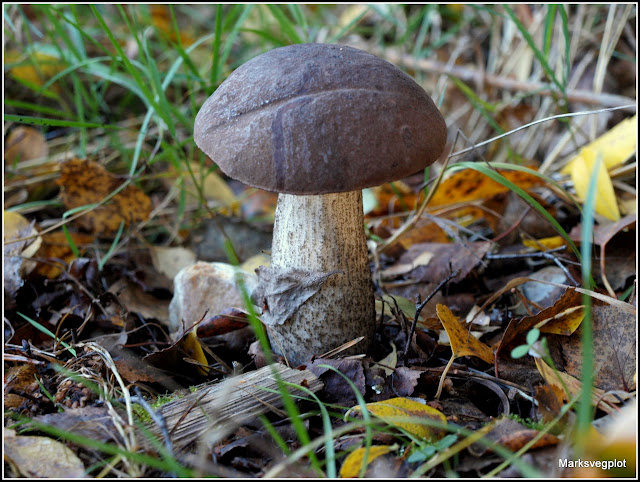 This is a mushroom that has a lot of similarity with the Boletus Edulis (Cep, Penny Bun), and is very firm and "meaty". That single specimen weighed 115g. 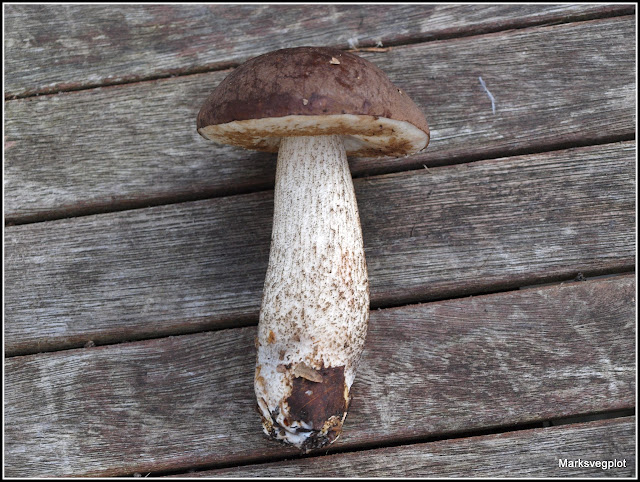 I did bring home another Bolete of some sort, in order to try to identify it. It may possibly be an Orange Birch Bolete. 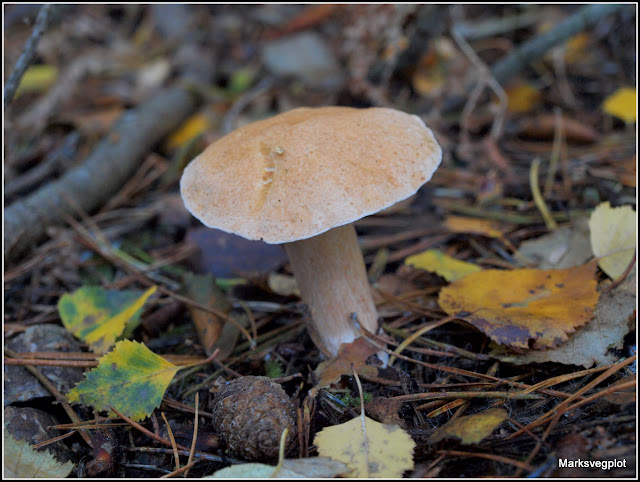 I am not sure of the identity of this mushroom, so there is no way I would eat it. This is advice which all sources give - unless you are really sure what a mushroom is, don't eat it. 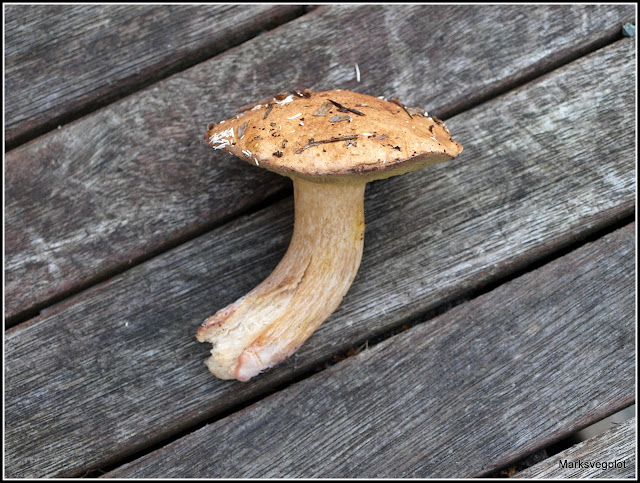 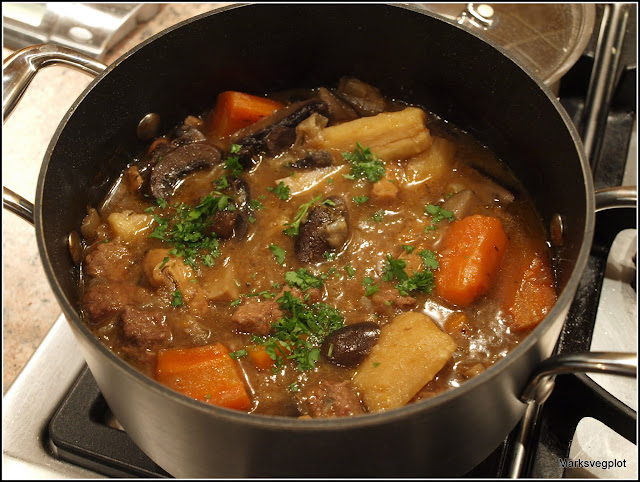 Since I'm on the subject of fungi today, I'm going to include in my post some photos of other fungi I saw yesterday... 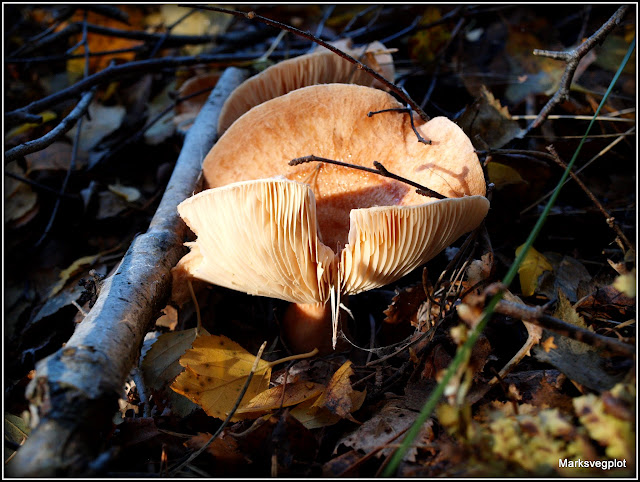 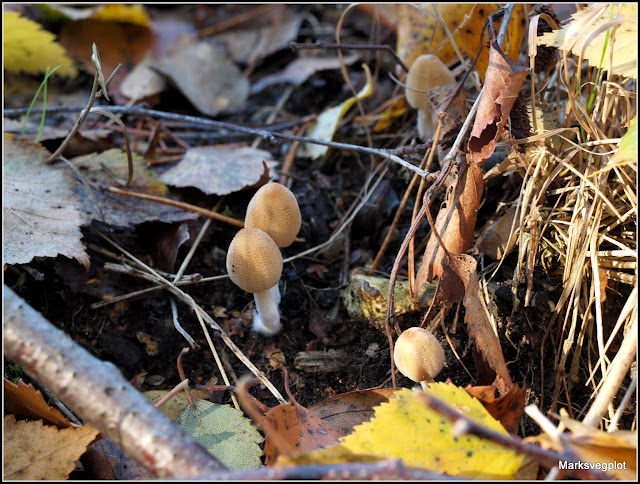 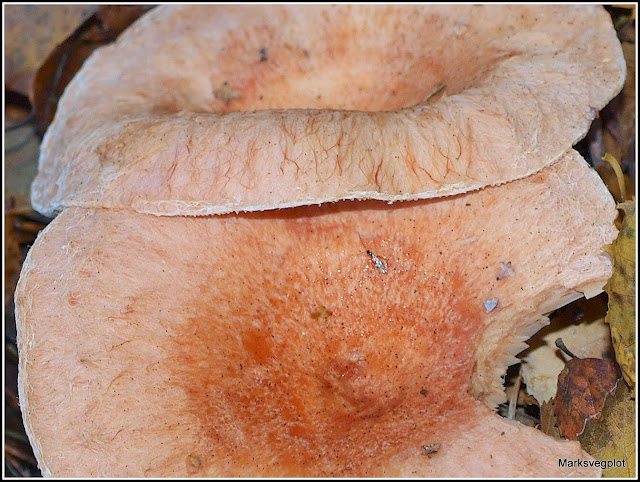 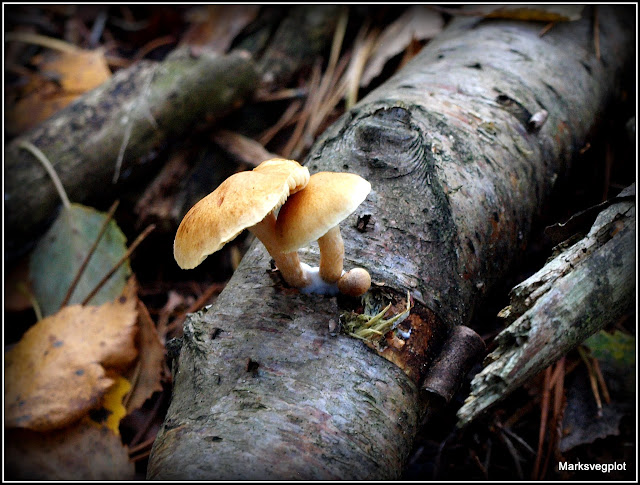 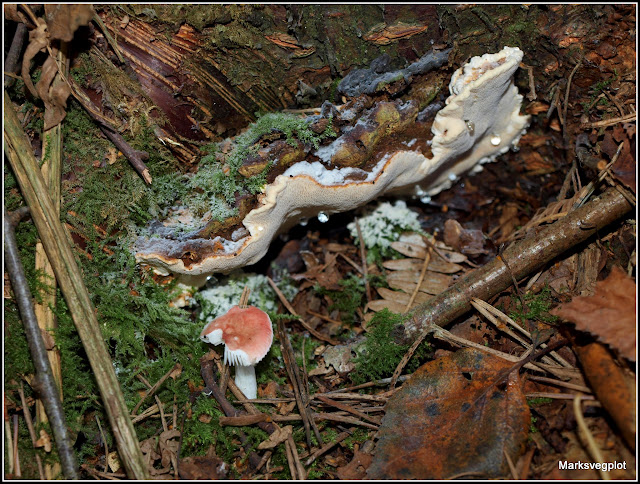 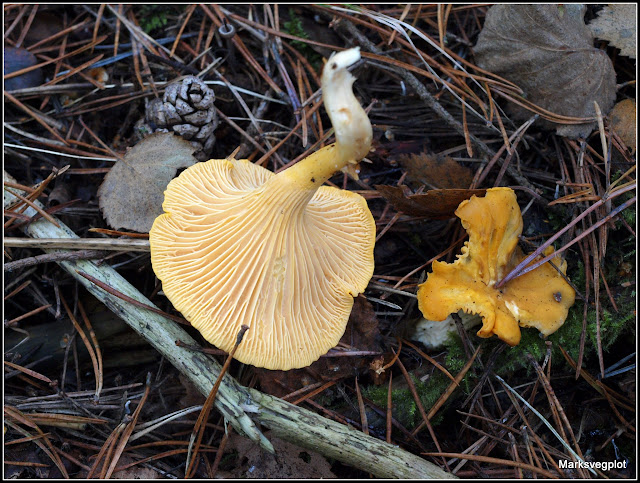 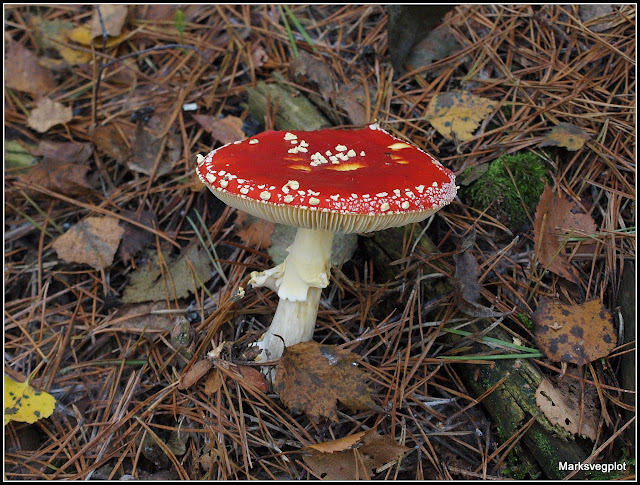 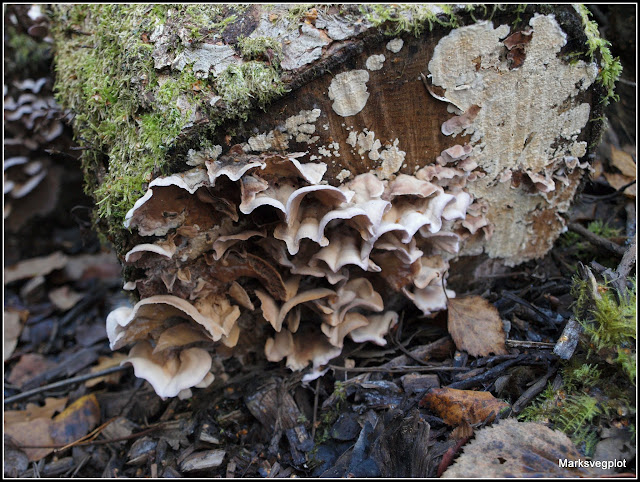 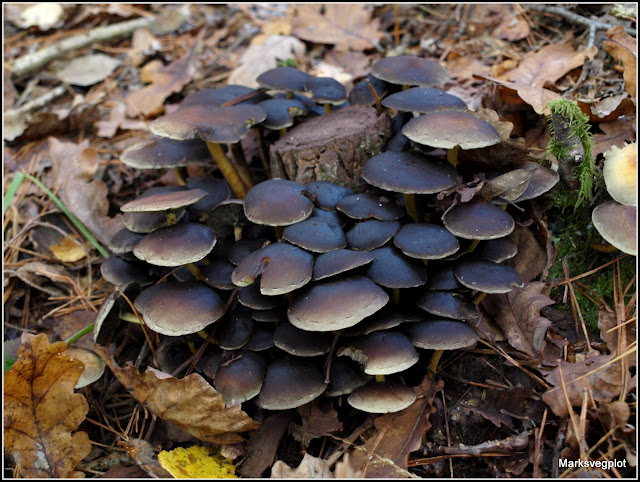 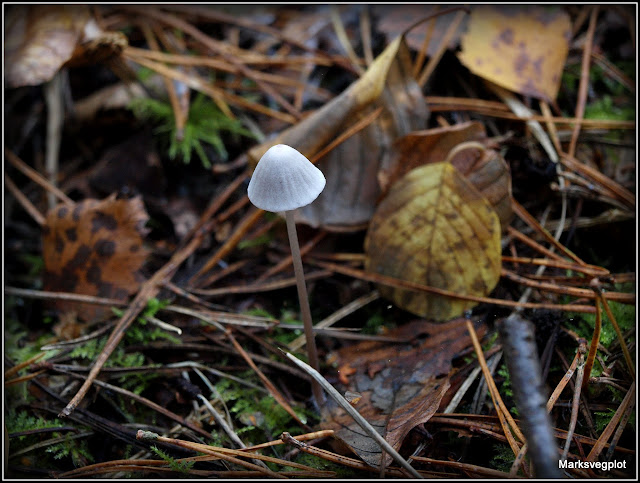 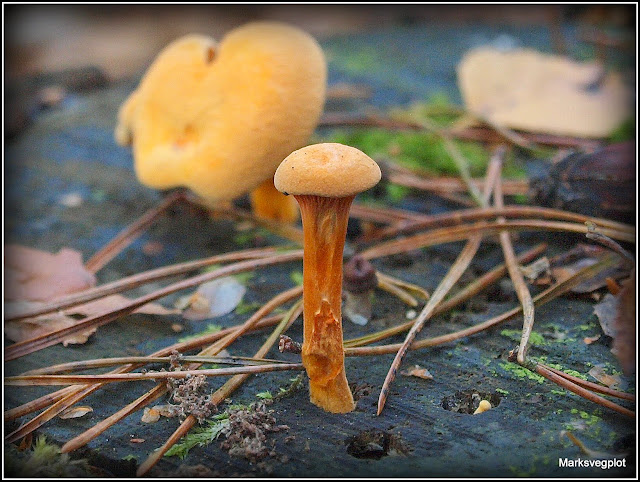 I emphasise that these photos show only some of the fungi I saw yesterday. This is why the study of this subject is so fascinating - there are literally thousands of different types to find, many of them incredibly beautiful, in a weird and wonderful way! Expect to see more coverage of this subject here on my blog...
Posted by Mark Willis at 12:00