The slowest Sprouts on earth

For the last few years I have managed to grow a small number of "competent" Brussels Sprouts, but this year I'm really struggling. 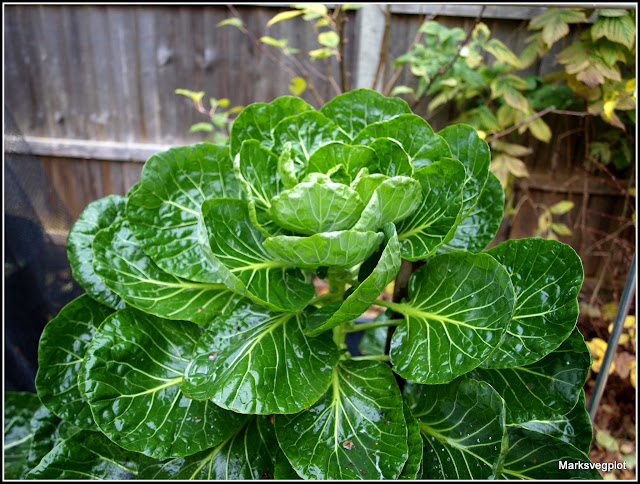 When you look at the tops of the plants they don't look too bad. In my photos the leaves are glossy and glistening because I had just sprayed them with very dilute washing-up liquid, to reduce the Whitefly infestation. I don't think you can see any Whitefly in this photo: 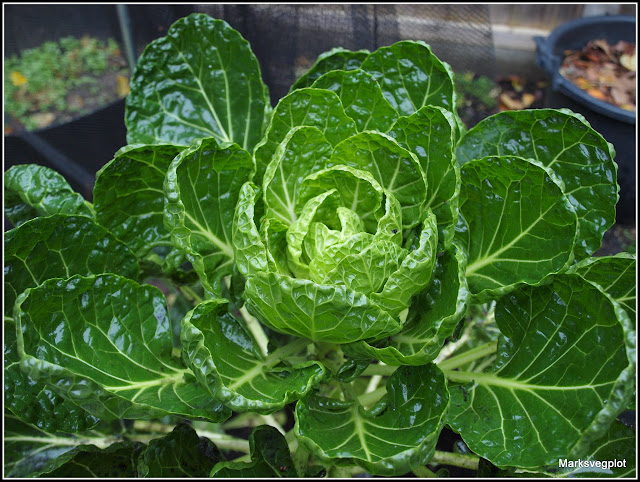 But look down below and you'll see the results of their presence - many of the leaves (particularly the stems) are covered in black sooty mould, which grows on the euphemistically-named "Honeydew" excreted by these pests. Not a pretty sight. 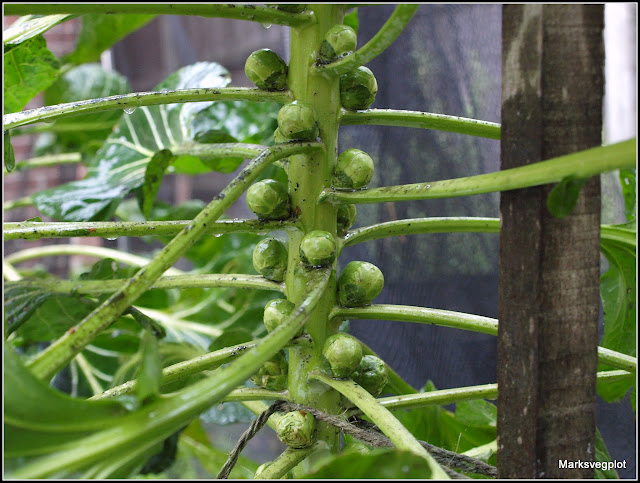 But more to the point, the sprouts themselves are tiny! They are currently about the size of a pea. 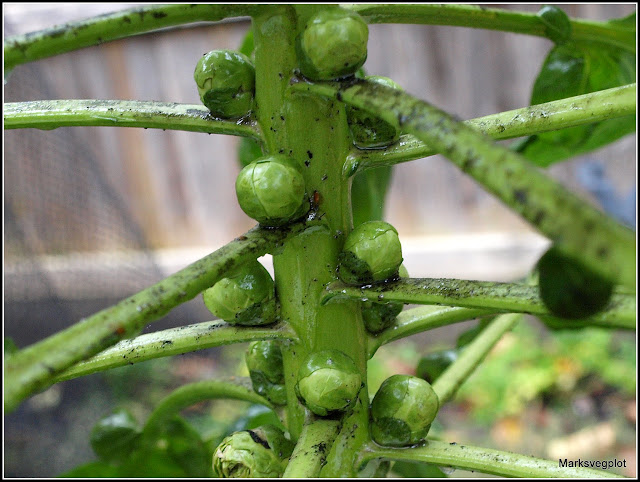 This year, the Brussels Sprout plants have grown ever so slowly, and I'm not really sure why. I have done all the usual things I do with brassicas - fed them, watered them, protected them from Cabbage Root Fly and butterflies - but still they have proved reluctant to develop. All I can think of is that maybe the weather conditions didn't suit them. There is one other possibility: all 3 of my plants were grown from seeds left over from the previous year. Could it be that they had lost some of their vigour?


The reason why I think that maybe the weather is the reason why the Sprouts have been slow to develop is that the Leeks have done the same. I put 5 Leeks along each side of the bed where my PSB is growing, but they have done just about nothing. Just sat there sulking!

The best Leeks are in one of my containers, though even these are hardly prize-winning specimens: 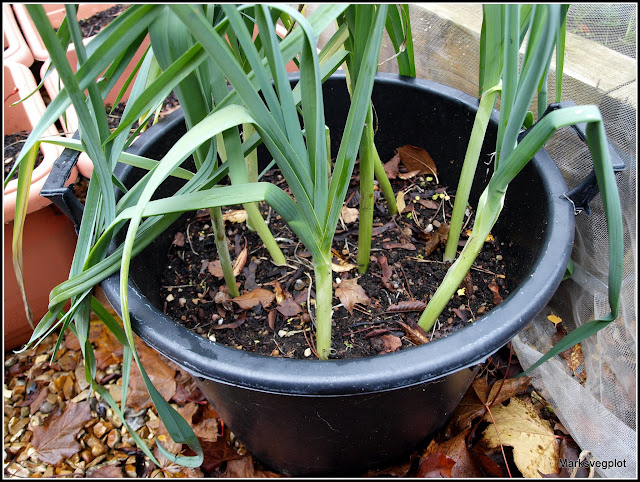 At least a couple of them appear vaguely Leek-shaped!


So, small Sprouts, small Leeks; what do you think the PSB will be like? Hopefully a lot better! 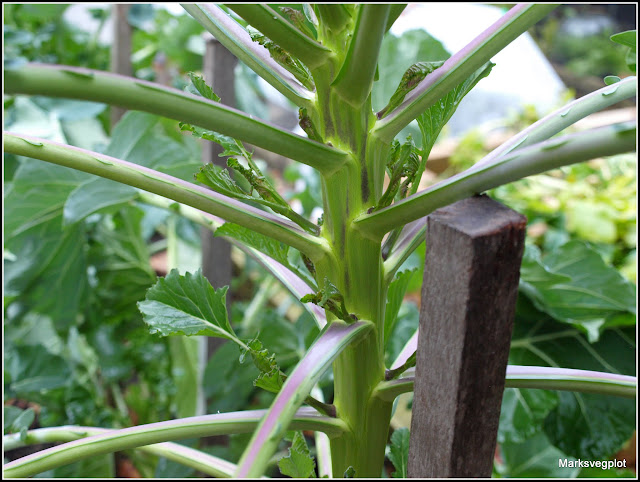 The PSB in the photo above is a "Red Spear", which is looking pretty good so far, and has lots of shoots appearing now. Next to the chilli, Purple Sprouting Broccoli is the vegetable I see as being most representative of me and my veg-plot, so there is always a bit of added pressure to get some good stuff to show off. I'll be nurturing these plants, that's for sure!
Posted by Mark Willis at 12:00