Yesterday I went to dig up some more Parsnips, and what I found was not what I expected. Loosening the soil around one of the roots, I gave a tug and this is what came up: 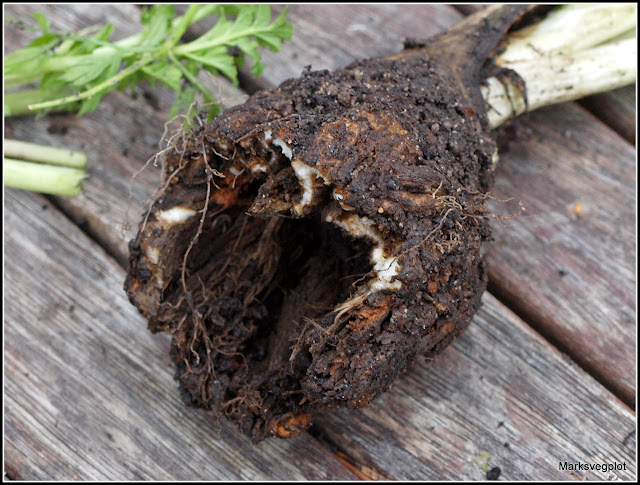 Yes, just the hollow top of a parsnip, with nothing down below! I pulled another. A very similar result. I pulled a third. Slightly better, but still horrible: 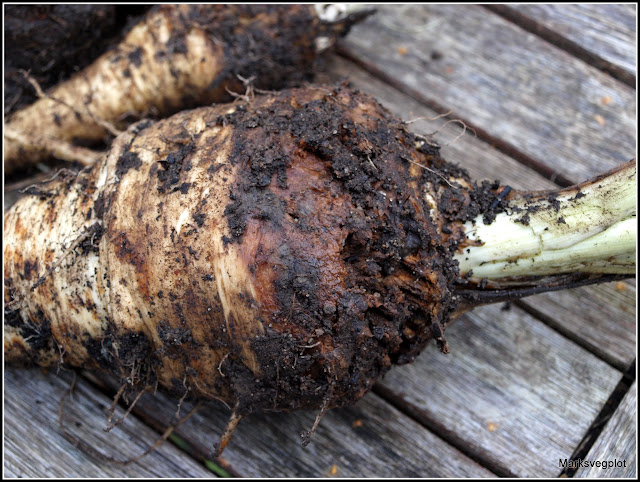 In desperation I pulled three more. They were all really bad. Only one (seen at the right of the line-up below) had anything useable on it. 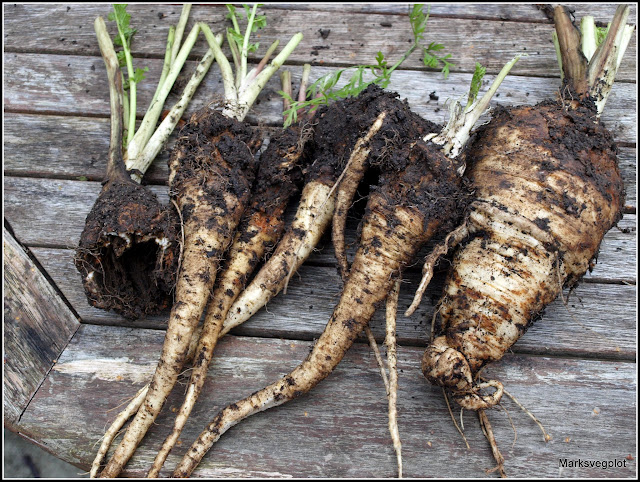 Unfortunately, these parsnips have a severe case of the disease Parsnip canker, which makes the flesh of the vegetable go brown and squashy, allowing in all the pests. In my next photo you can see one of the parsnips riddled with tiny white millipedes. Yuck! 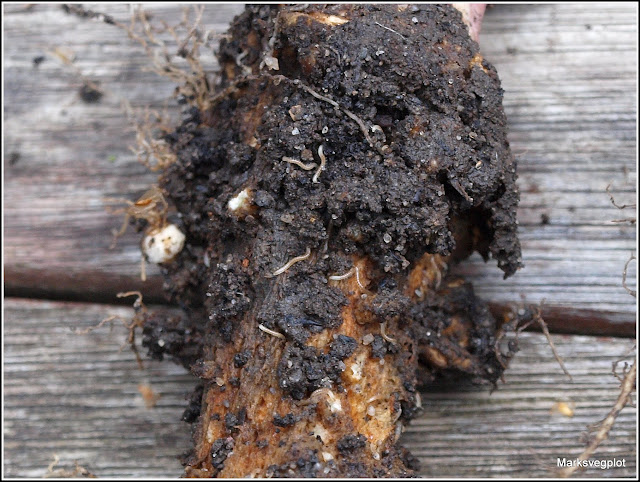 Recovering from the shock of harvesting these pretty disgusting parsnips, I realised that they were all from one of my 3 rows. They are the variety "Tender and True". Ironically, on the seed packet for this variety it says that it has good resistance to canker! Luckily, my other two rows are of a different variety - "Duchess" , a variety noted for its long slender roots.

So, with some trepidation, I lifted a few of the Duchess ones. Phew! I was relieved to see that they were clean and mostly unaffected by canker. 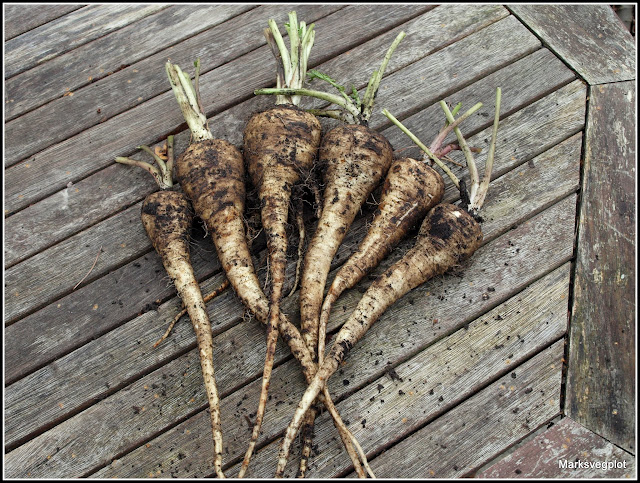 They are not huge (the batch of 6 weighed a total of 600g), and to be honest if the Tender and True ones had been OK I would not have pulled these ones at all, but in the circumstances I'm happy with them. 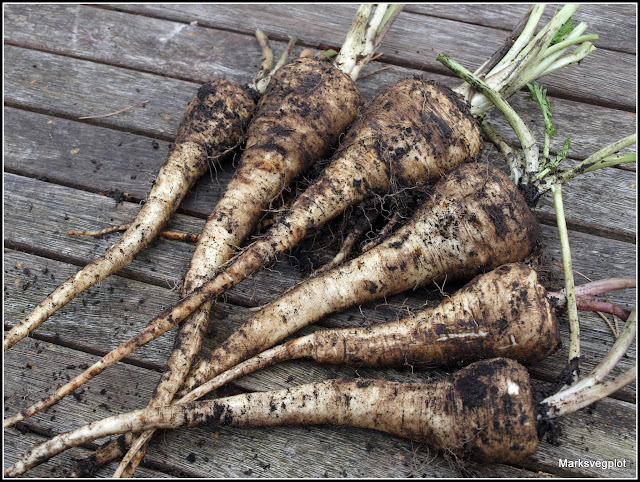 Here they are again, washed and ready for use. 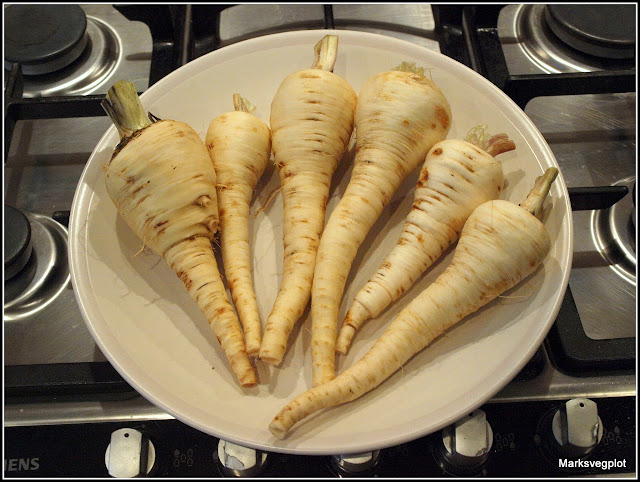 In theory, the best thing for me to do now is to dig the whole bed of parsnips and store them in boxes of damp sand to prevent the further spread of the disease - but I haven't got any sand, or suitable boxes, so I will just have to leave them where they are and hope for the best. I will however use them rather more quickly than I had previously intended.

My experience provides ample evidence that parsnips are susceptible to canker in differing degrees. The strange thing is that the sellers of almost all varieties of parsnip seeds claim high resistance to the disease - which is just not true. I have grown Duchess before, but this was the first time I had grown Tender and True. It will also probably be the last!