Although our weather has been atrocious most of the time over the holiday period, we have had the occasional nice day in between all the floods of rain. Sunday was one of those days, and I took the opportunity to go out for a walk to enjoy the sunshine. I am fortunate in that I live close to the Basingstoke Canal, which runs from the village of Greywell, near Basingstoke to the River Wey at Woodham, a few miles beyond Woking. It is possible to walk the whole length of the canal on the towpath - though on Sunday I just did a couple of miles! 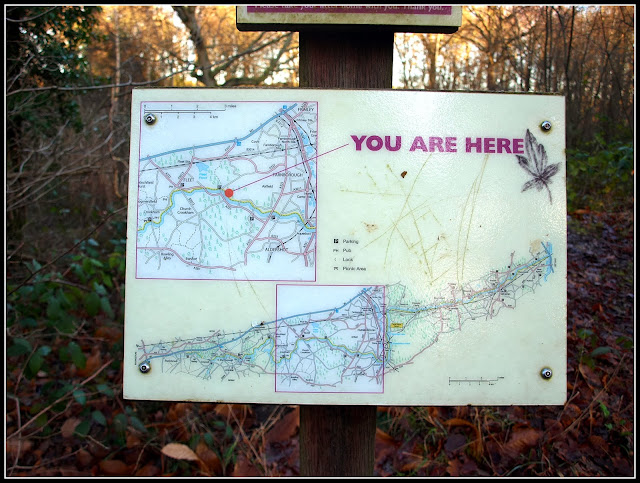 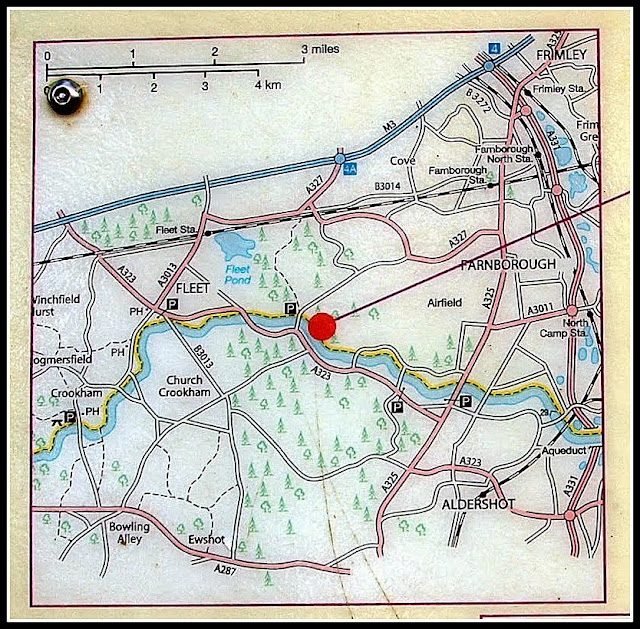 This is where I got onto the towpath - under the A323 Aldershot road at Pondtail Bridge: 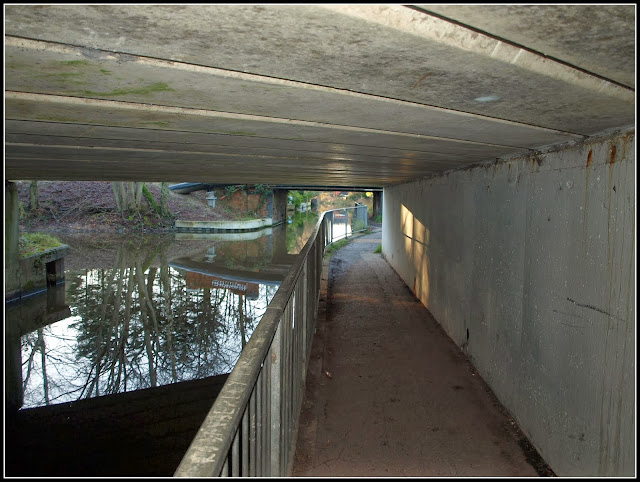 ﻿
From the bridge above this is the view: 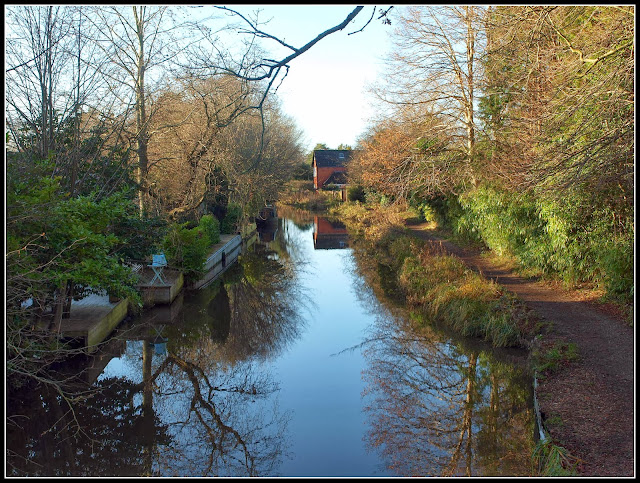 Much more picturesque, I think you'll agree. Although Fleet is basically a commuter town, with many of its residents working in London, it has plenty of "green space", and right next to the edge of town lie real fields and woods! It was good to see that the canal towpath was quite busy on Sunday afternoon, with walkers, joggers and cyclists making the most of the amenity.

The recent storms seem to have taken a heavy toll on the trees, and several have fallen into the canal: 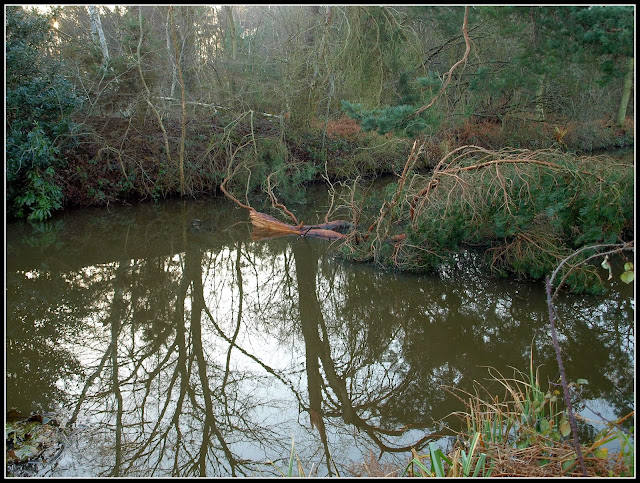 There are a lot of pine trees here, and leading off from the towpath there are many paths through the nearby woods. 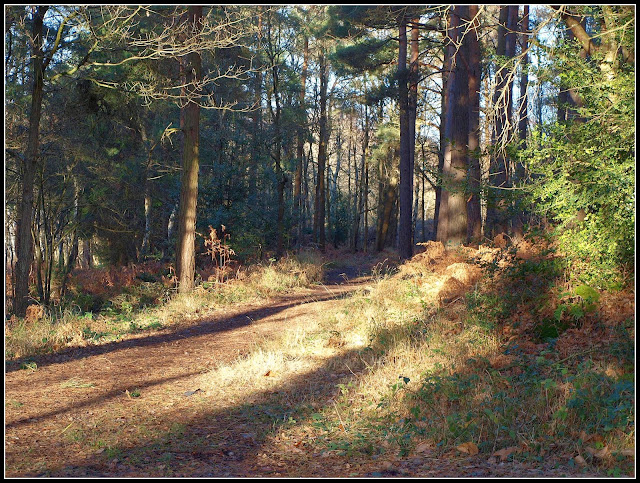 This thing houses the controls for a sluice gate that controls the level of water in the canal. With all the recent rain, it must have been sorely needed! 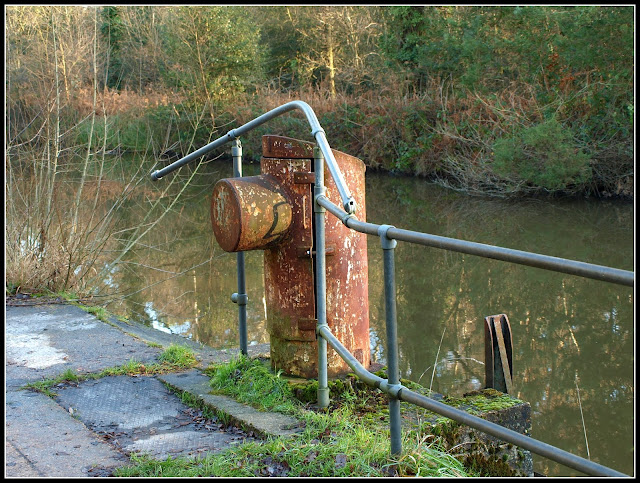 Here is the water spilling out through the sluice-gate:
﻿ 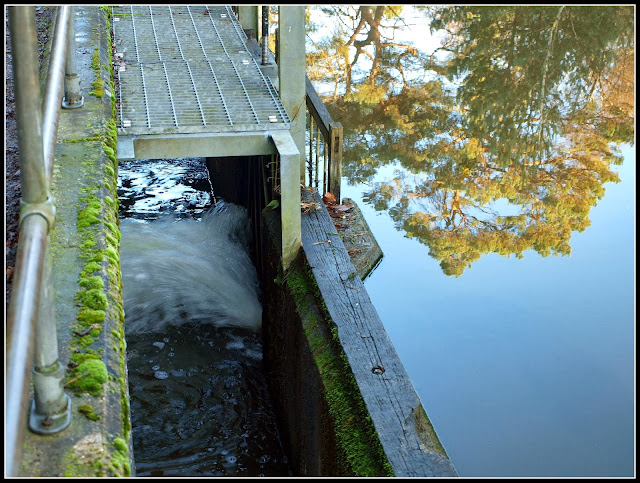 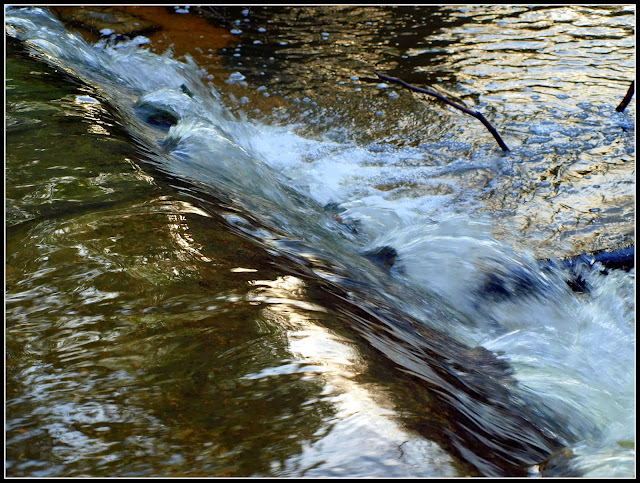 The water runs over a weir and into a stream - currently clogged with fallen branches: 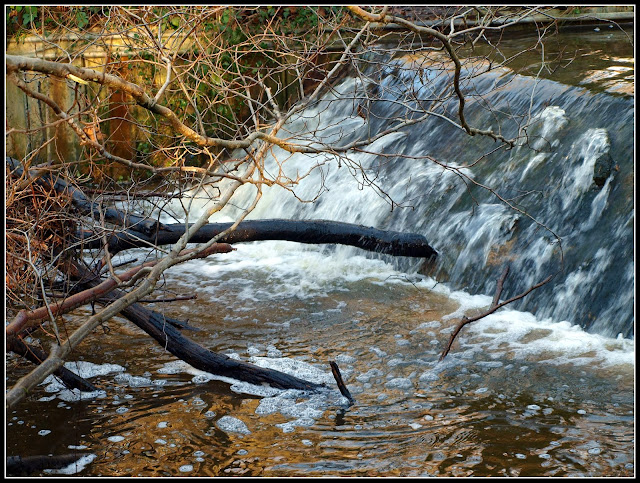 Just past the sluice-gate you come to an area where there are several small ponds just next to the towpath. There was a light layer of ice on them on Sunday, and they looked really beautiful in the weak December sunlight: 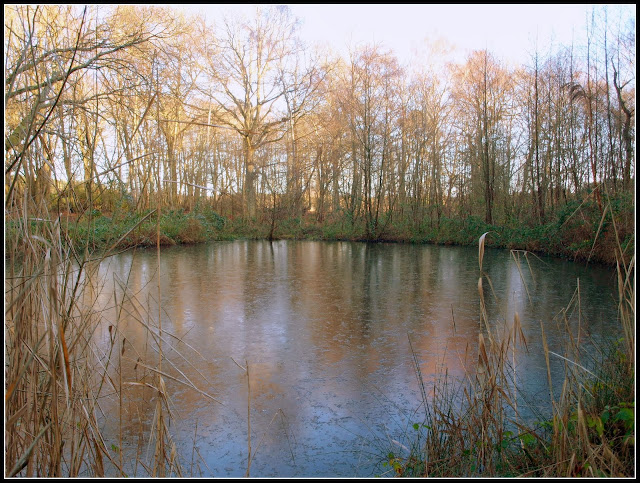 After perhaps another mile the trees begin to thin out as you approach the edge of Farnborough airfield. This is as far as I went, because I felt it was time to turn back so that I would be home before the light failed. 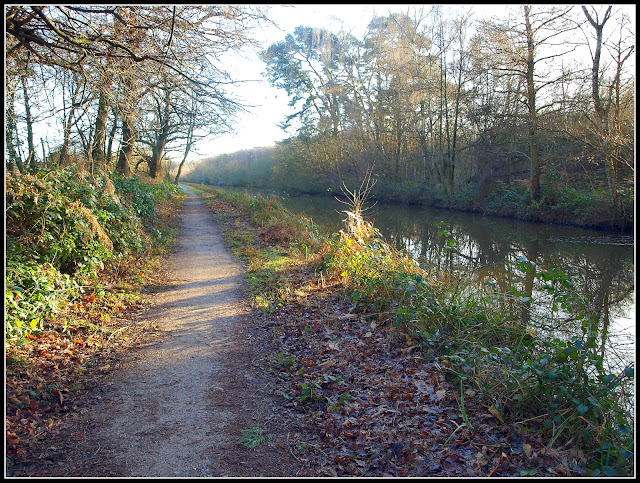 As I walked I stopped frequently to photograph things of interest (attracting many odd looks from the other users of the towpath as I crouched in the undergrowth!). I have too many photos to put them into this post, but I will write another tomorrow.  Just want to show you this though: 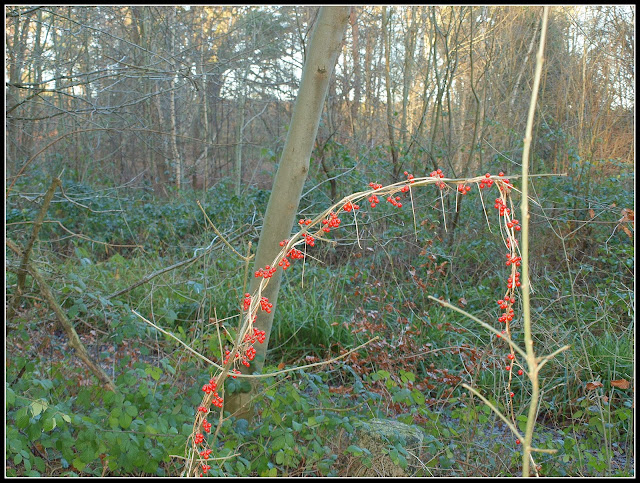 Isn't that beautiful? The plant is a Nightshade of some sort - I don't know which. Nature's own Christmas decorations!

One last photo. The golden glow of the sunshine on the distant trees across the heath as the light begins to fade, with a very characteristic Silver Birch tree in the foreground... 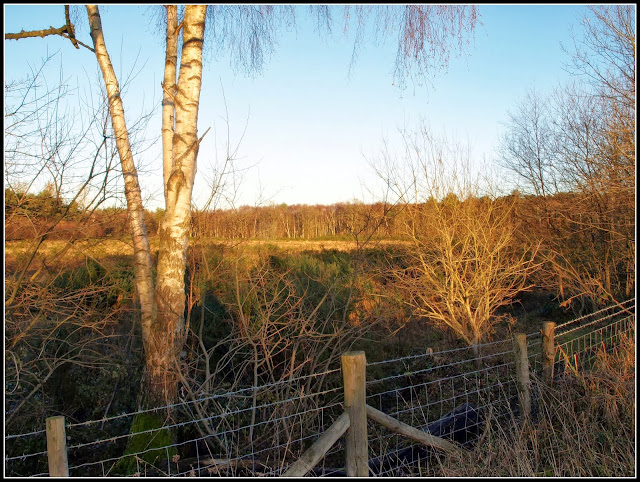 So there we are then - a walk in our beautiful Hampshire countryside, which was a lot nicer than sitting indoors watching repeats of the Two Ronnies from 1987 or something similar on the telly!﻿
Posted by Mark Willis at 12:00