Thin pickings this week!  My nicest harvest was this batch of Lettuces: 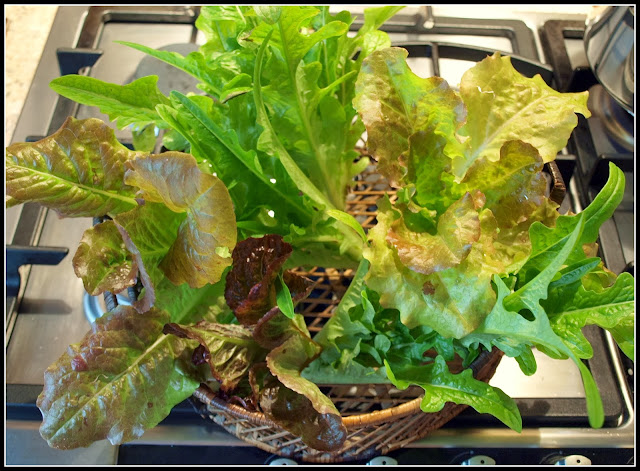 ﻿
This lot had originally been intended to produce Baby Leaf Salad, but since only a very small number of seeds germinated, I left them to grow big - well, less small really! I also hadn't expected them to survive until now. I thought that frost would have seen them off well before now. Anyway, Lasagne was on the menu on Friday night, and salad was definitely required, so I picked the lot. It sounds extravagant, doesn't it? "We ate seven lettuces between the two of us, all in one meal!" Of course they were very tiny, and we only ate the best bits. And oh how nice it was to have such summery salad on a cold November evening!

I also picked the very last of the "Aji Limon" chillis. Their parent plant is now chopped up and in the compost bin. 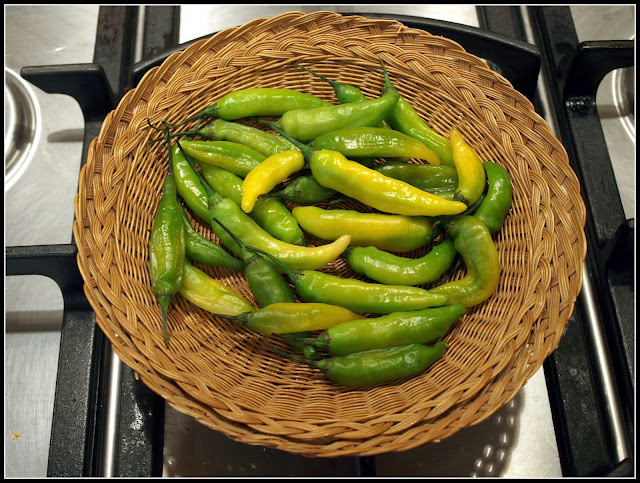 I did make one more picking of about 300g of Brussels Sprouts. There are very few sprouts left on the plants now - probably only one more picking like this one - but I have been well pleased with the crop in terms of both quantity and quality. 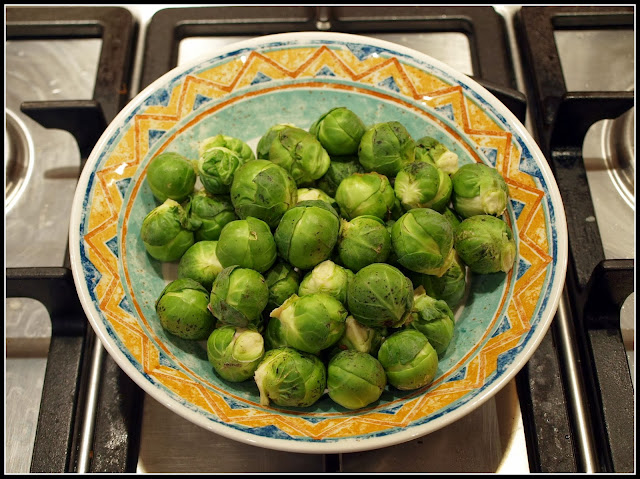 The only other harvest I had this week was a bunch of herbs that went into a sausage casserole.

﻿
Actually, come to think of it, herbs were used in some other dishes too - for instance Jane made some chicken stock and that had a Bay leaf in it, and more Parsley - so I feel justified in including this photo of my patch of Rosemary, which is getting so big that it is in danger of swamping the nearby raised bed: 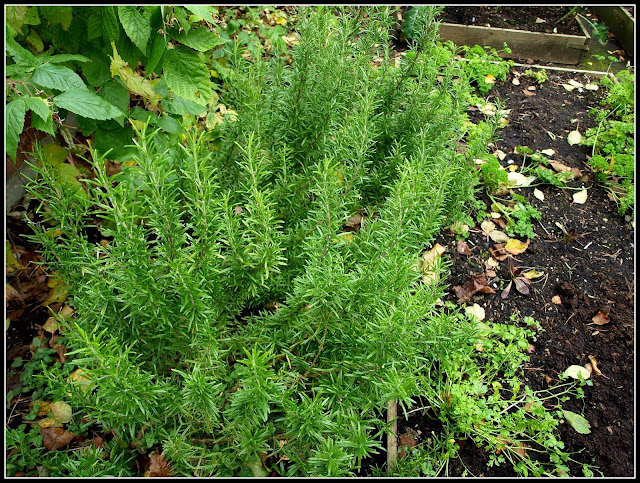 I didn't harvest any Parsnips this week, because we got a huge bag of them in our weekly veg box. Much as I like Parsnips, there are relatively few ways you can use them. They are not as versatile as Carrots, for instance.

For further Harvest Monday inspiration, head over to Daphne's Dandelions
Posted by Mark Willis at 12:00