Is anyone else growing Autumn-sown Sweet Peas? The other day I found a pack of Sweet Pea seeds that had come as a freebie with some magazine or other, and I thought I might as well try them. I haven't grown Sweet Peas for many years. I think I probably only tried them once or twice (with seedlings purchased form a Garden Centre), and they weren't particularly successful. But then in those days I was much less knowledgeable about gardening than I am now, so I might do better this time. (Here's hoping...)

The other day, when Sarah Raven sent me some Lettuce seeds to give away on my blog, I also received a booklet with lots of gardening advice in it, one part of which was about growing Sweet Peas, so I am using this as my guide. 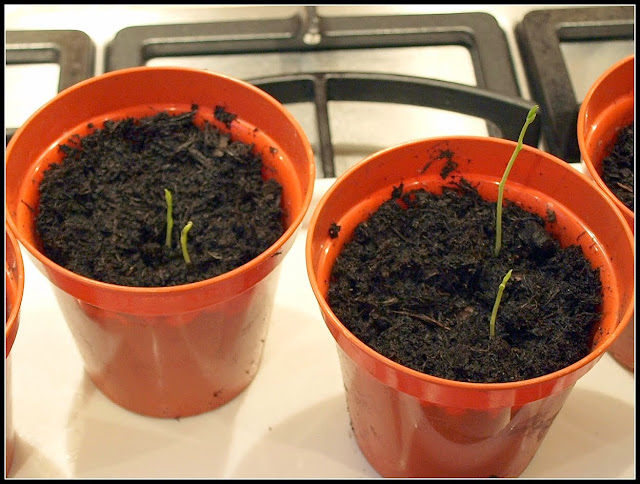 The variety in my little packet was "Fragrantissima" (no illustration provided). It only had 14 seeds in it, so I sowed them 3 or 4 to a 3-inch pot, filled with multi-purpose compost, planning to separate them when bigger. I covered each pot with a small plastic bag and left them on a bedroom windowsill to germinate. 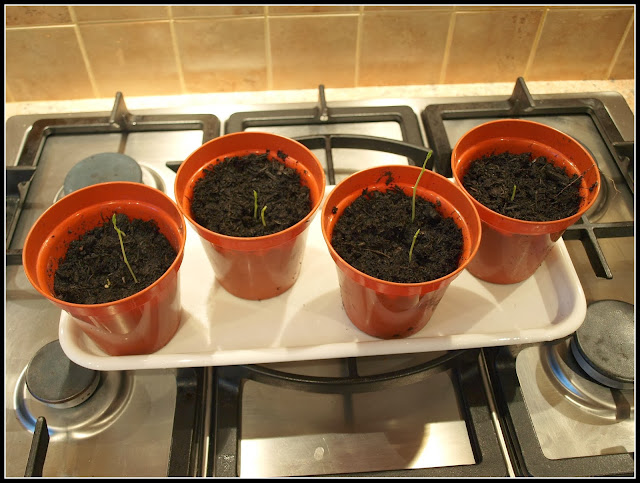 Germination took only a week. I was surprised by this. Sweet Peas are supposedly often hard to germinate, and pre-soaking them is often recommended. In fact, to be totally honest, germination may have taken place in less than a week, because when I checked them a week later several seeds had already germinated﻿. I hurriedly removed the plastic bags and put the pots outside in one of my plastic mini-greenhouses. The Sarah Raven book says to put them in a coldframe or unheated greenhouse, with a temperature of 5C being ideal.

If I were to keep the Sweet Peas indoors they would go too leggy - I mean even leggier than they already are, like this one: 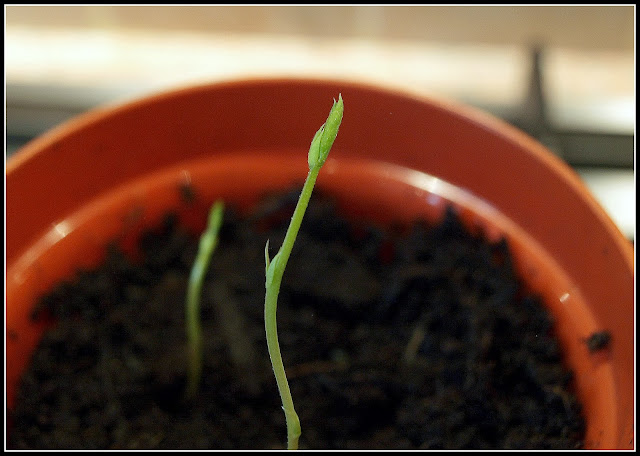 They really need to be under cover outdoors to encourage them to put on root-growth instead of stem-growth. When they have made three pairs of leaves I will pinch out their growing tips to force them to put out sideshoots so that I get sturdier plants with more stems.

This one is probably just about right: 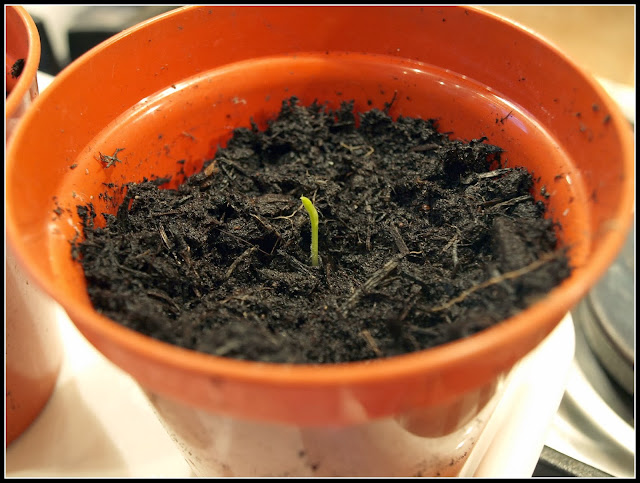 How come these ones are so close together? I'm sure I sowed the (big) seeds evenly spaced around the pots. Can they walk? 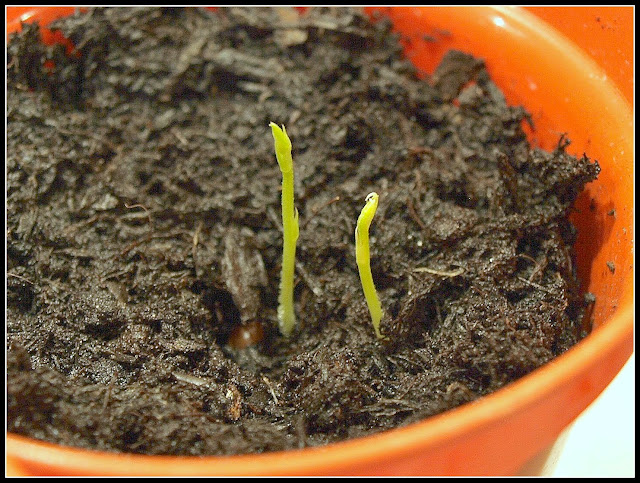 ﻿
So far 8 seeds have germinated, so there are theoretically 6 more to come. Even if they all grow, it won't be a lot, so I will probably transplant them in the Spring to a large pot and keep it on my patio. If the name is anything to go by, they should have a nice strong perfume, so hopefully we will be able to bring a few bunches of them into the house so that we can enjoy their fragrance at close quarters. That's still a long way off though!
Posted by Mark Willis at 15:00