Well, this week I have a harvest again - albeit a tiny one... I picked the very last batch of Brussels Sprouts: 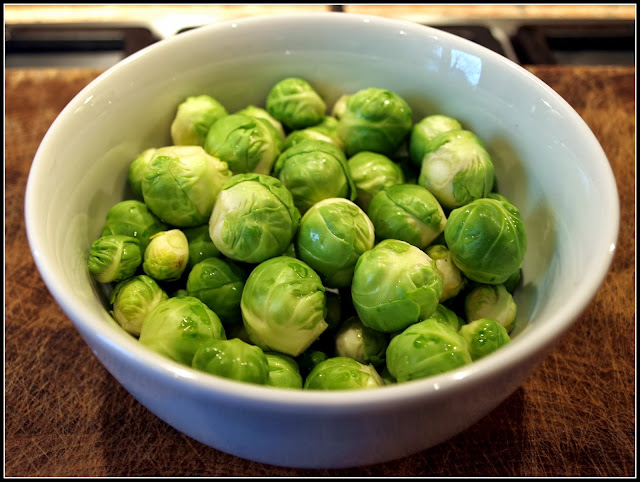 ﻿
In that photo above they look quite respectable, don't they? But in all honesty I have to point out that some of them were little bigger than a pea! They are all the nicer for this though. Big sprouts are often tough, which is something these would never be accused of. 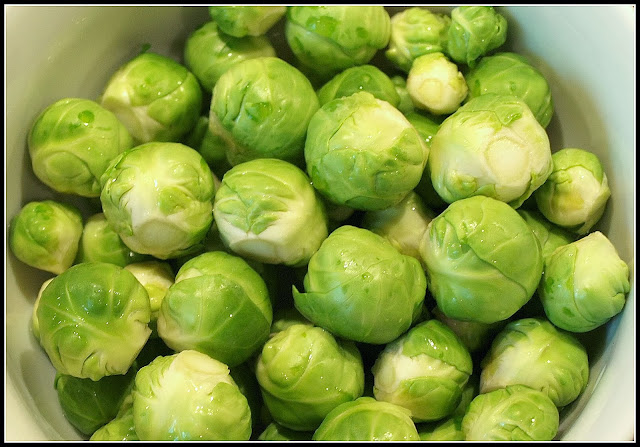 This was definitely the last lot of sprouts from my garden this year, because I have now cut down the plants, and all that remains of each is about 30cm of stalk: 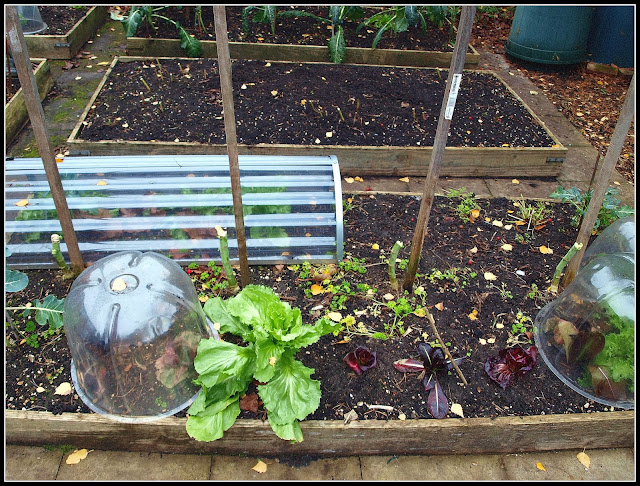 I'm loath to pull up the roots of these stumps just now, because I think that might disturb the other plants growing round about - mostly chicories, but there are also loads of tiny Parsley plants which might now decide to grow a bit since they have more light than hitherto. Maybe I'll just remove the wooden stakes and put them in the garage to dry off...﻿

I have been very pleased with the Brussels Sprouts this year. I'm obviously getting the hang of growing them. I also strongly recommend the variety I grew, which is "Brilliant F1". Its sprouts, whilst never big, have been exceptionally sweet. No hint of bitterness whatsoever. "Even the kids would like them", as they say. I think that next year I will probably grow at least two varieties of Brussels Sprouts, maybe even three, to prolong the cropping season. I'll have to have a good look at what's available. Do any of you have any recommendations?

Other than the sprouts, the only thing I have harvested this past week is some herbs. This Thyme and Winter Savory, for instance, which went into my Juniper and Thyme Focaccia 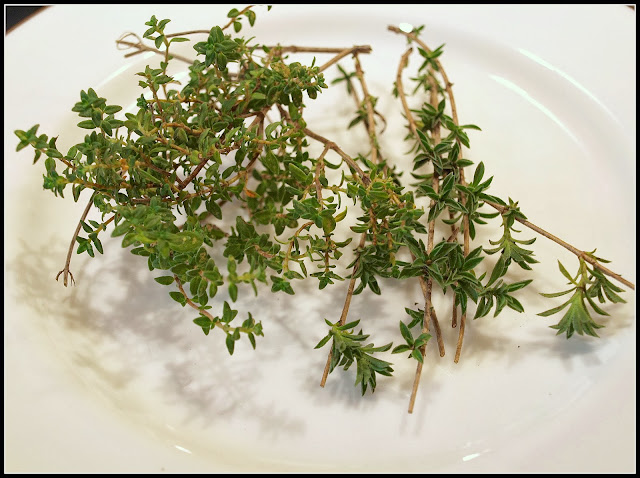 I am continuing to pick Parsley are required (e.g. for the Red Onion Relish that I served with my griddled Halloumi cheese on Saturday evening). In order to prolong their productive life, I have covered as many as possible of the Parsley plants with plastic bell-cloches. 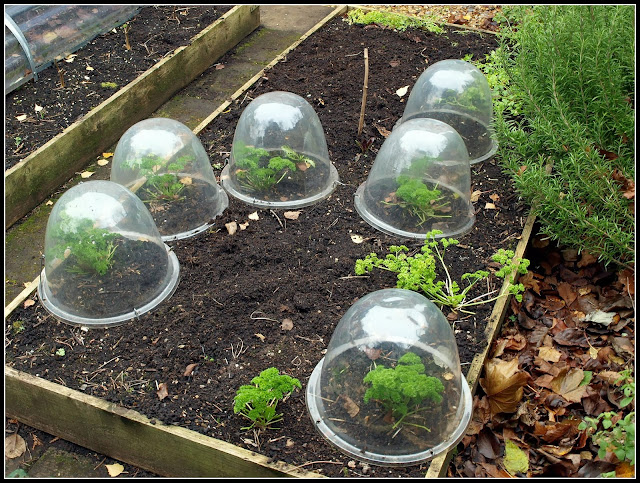