On the cover of Grow your own magazine this month (i.e. the January issue) there is/was a packet of seeds for Mesclun: 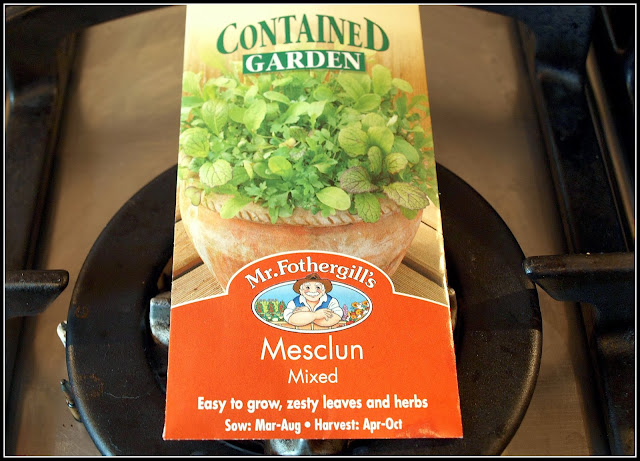 Mesclun is a fancy (Provencal) name for mixed salad plants grown to be picked at the baby leaf stage. Traditionally it contains lettuce, chicory/endive, rocket and chervil, though these days other types such as mustard and mizuna are often included.

The pack offered by GYO is intended to be grown in a pot or window-box, in the early Spring, but I am impatient so I'm trying a different technique. I'm growing mine now - indoors under artificial light: 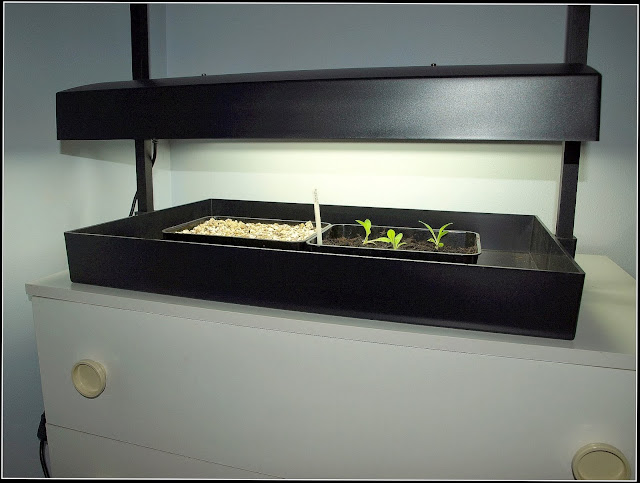 That contraption is a Growlight House, which provides a type of light ideal for small plants. I acquired mine last year as a birthday present, and it did wonders for my chilli and tomato seedlings. I reckon that by sowing my Mesclun now I will be able to raise a crop before the Growlight House is required for chillis again (late January or early February).

I sowed about half of the packet of seeds in a small seed-tray filled with moist multi-purpose compost, and then covered them with a thin layer of dry compost and a layer of vermiculite. The vermiculite will help to keep the stems of the seedlings dry, thus reducing the chances of damping-off disease. 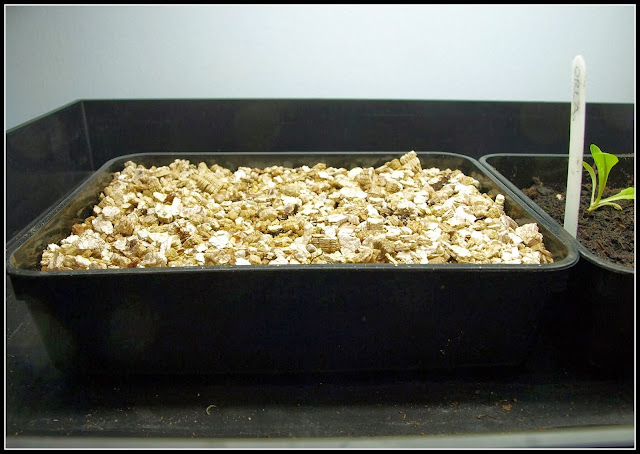 With a bit of luck (and the warmth of the lights) the seeds will germinate within 3 or 4 days and rapidly grow to a useable size. If things go according to plan, I will pick them at the Baby Leaf Salad stage, but if I can't wait I'll cut them earlier and just call them Microgreens. [Microgreens are bigger than sprouts, but smaller than baby leaves. If you're interested in this technique there is an article about it in the January edition of GYO.]

Under the growlights next to the Mesclun I have another seed-tray into which I have transplanted  3 "Little Gem" lettuces. These are the only ones that germinated  from a whole tray of seeds I sowed outdoors many weeks ago (in September!). They have languished and sulked and stubbornly refused to grow, despite the mild conditions. I wonder if giving them the growlight treatment will persuade them to buck their ideas up?