The UK, especially the Northern and Eastern parts, is currently experiencing another severe storm. Fortunately we here in Hampshire are not too badly affected. Yes, the wind is pretty strong, but not (yet at least) strong enough to inflict structural damage. The worst we have had so far is that some barriers and signs associated with excavations being carried out by Southern Gas Networks were blown out into the road, causing a hazard to traffic. Once I reported this they sent someone to sort it out, but I think they might have to do it again!﻿

In my garden the wind has actually done me a favour by sweeping up all the fallen leaves into a nice neat pile. 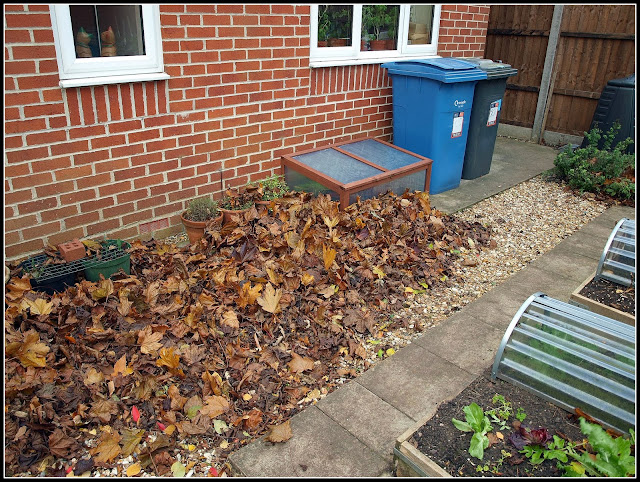 I have been watching this happen. The wind seems to blow round the inside of my garden perimeter in a circular movement, like a miniature tornado. The coldframe has almost disappeared. 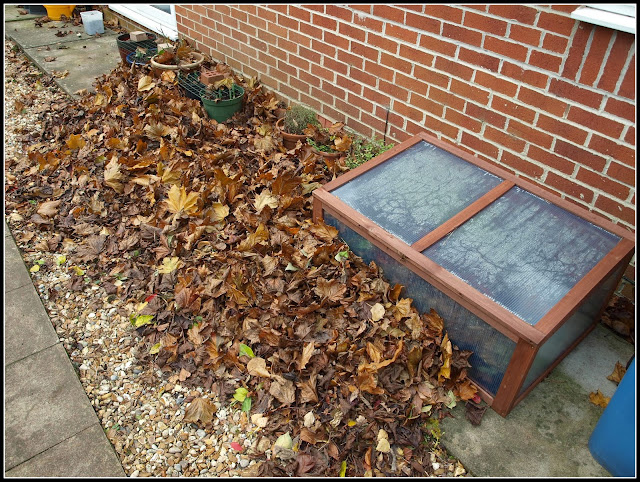 ﻿
When the wind dies down I'll nip outside quickly and scoop as many as possible of those leaves into my leafmould bin, and put the rest in plastic sacks. They are dry at present and should be easy enough to handle.

I hope everyone else is safe, and hasn't suffered any damage or casualties.
Posted by Mark Willis at 14:26