Now that the Brussels Sprouts have finished, I thought I would just give an update on how the other brassicas are doing.

This is the bed in which they are growing: 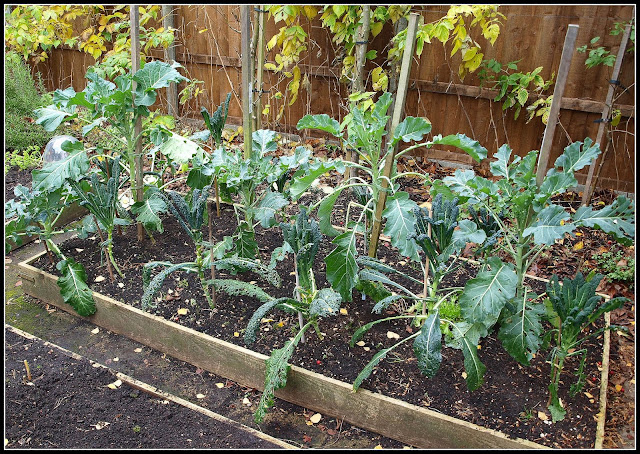 ﻿
Up the middle of the bed there are four Purple Sprouting Broccoli plants, supported by big wooden stakes. One of them is a lot smaller than the other three because one died (a victim of Cabbage Root Fly) and had to be replaced. At present they are all looking healthy enough, though not particularly big. The bed in which they are growing is habitually the one that produces the least good results, due to its proximity to the so-called "Fish Tree" (see note at end), which shades the bed too much and sucks up more than its fair share of moisture. 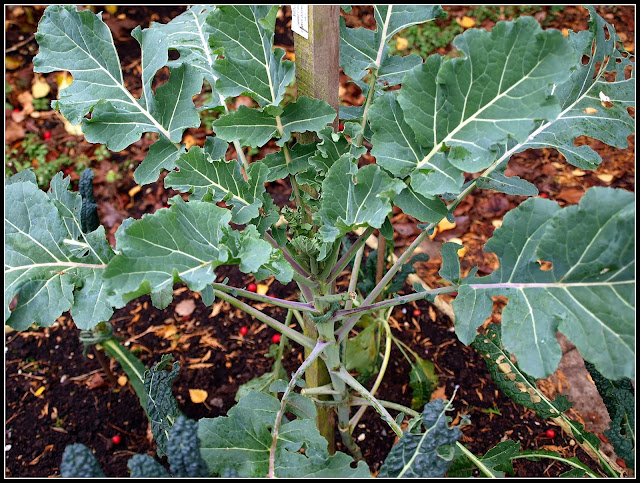 Around the edges of the bed there are 10 Cavolo Nero plants. They are mostly a variety called "Black Magic" which has very dark leaves, but there are also some generic no-name ones too. At this stage of the proceedings most of the lower leaves have been consumed, but each plant still has a tuft of new young leaves at its crown which will provide several more meals for us in due course: 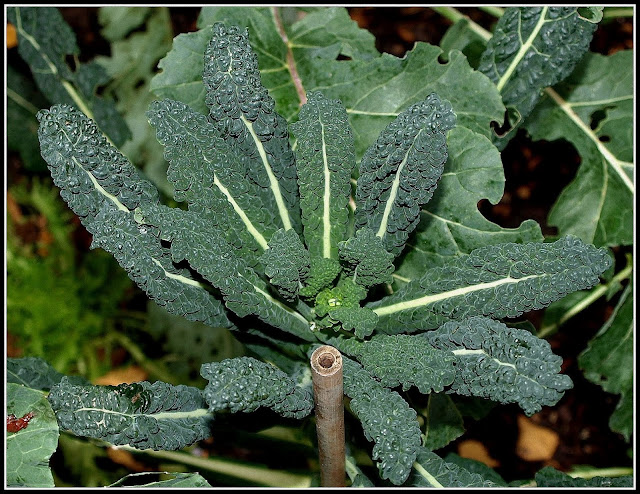 I just love the crinkly, knobbly leaves of Cavolo Nero  - as a photographic subject as well as a vegetable, you understand! As a vegetable Cavolo Nero is used in ways more akin to Spinach than to the other types of kale. In fact I think it is inappropriate to compare Cavolo Nero with Curly Kale or Red Russian kale, since it is far more delicate. You will see lots of recipes for it on my blog, though at present it is hard to find them because Blogger's "Search" facility is not working, and hasn't been for at least a couple of weeks. ﻿ 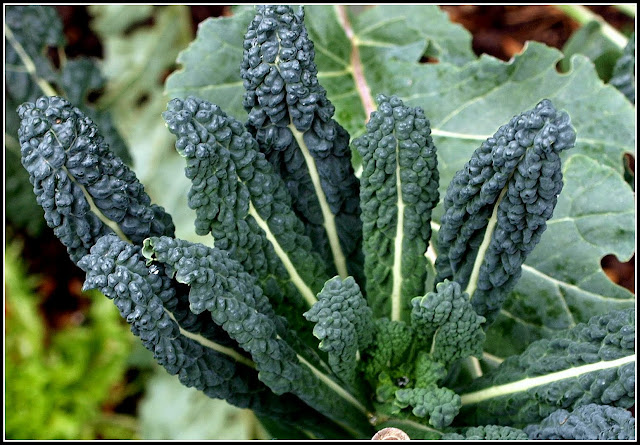 At two of the bed's corners there are Broccoli plants - "Matsuri F1". The main head of one of them has already been harvested, but the other is still growing. 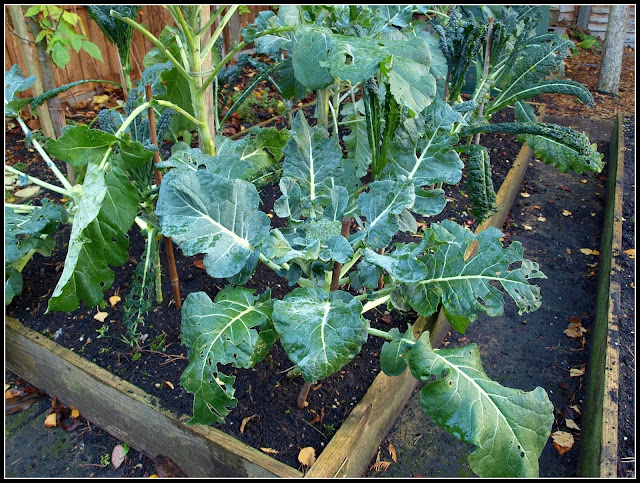 I have left the other "Matsuri" plant in place, even after harvesting the main head, because it may produce some sideshoots - though there is no sign of this at present.