My harvests this week were nicely varied: 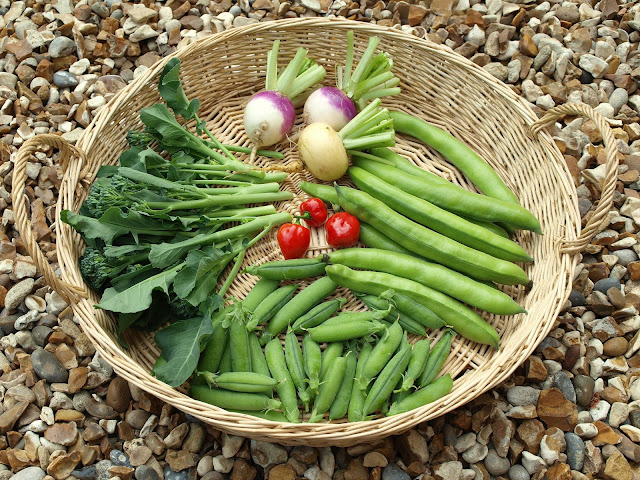 During the week I harvested two small batches of peas. If you've been following my blog, you'll know that the few peas I have grown this year were in a way "unintentional". They are ones that were originally sowed indoors, to produce peashoots. When they germinated I saw that they were a semi-leafless variety ("Boogie", I believe) and unsuitable for peashoots so I planted them outside in a couple of big pots. 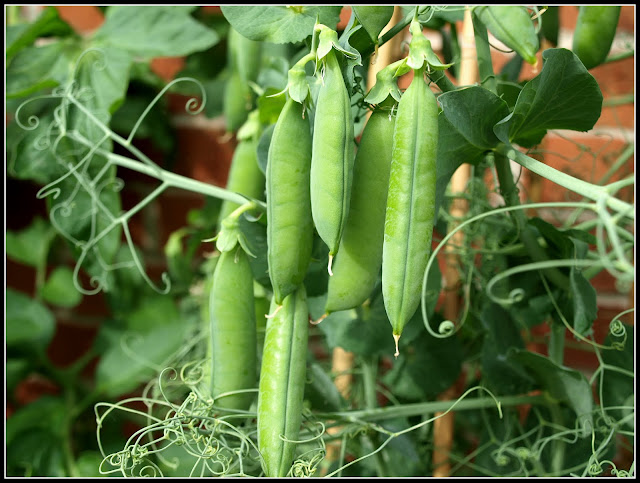 As it happens, these peas are amongst the best I have ever produced! I think that being in pots they have benefitted from better all-round ventilation, so they have not succumbed to mildew, which was always a serious problem when I grew peas in rows. I know this is not a lot of peas (two batches, each of approx 200 grams), but they were NICE! 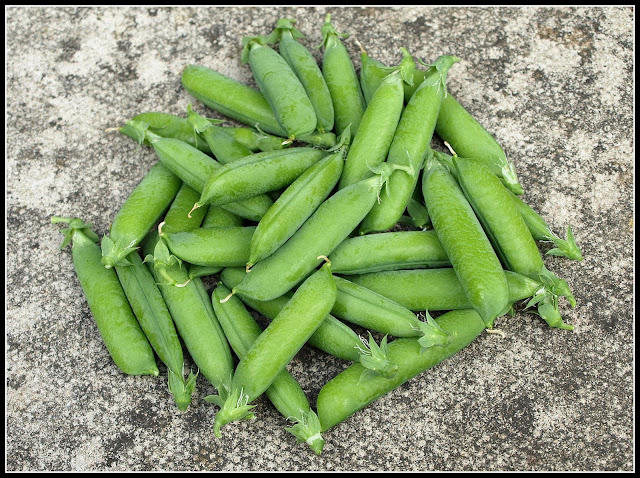 This particular batch went into a creamy mushroom sauce which Jane made to go with some pan-fried chicken breasts - for which purpose this amount of peas was exactly right.

We also ate the first home-grown cucumber of the year - something that I was beginning to fear might never happen, with my cucumber plants dying off left, right and centre! 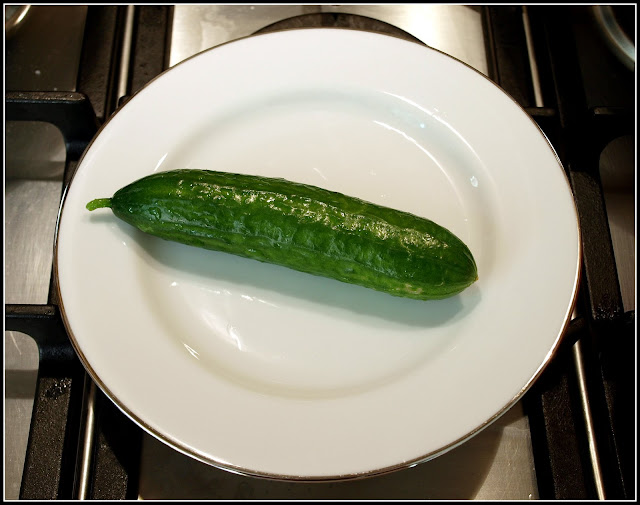 The Broad Beans produced their first crop too - a small batch of "Aquadulce". Quality was great. Quantity left a lot to be desired! 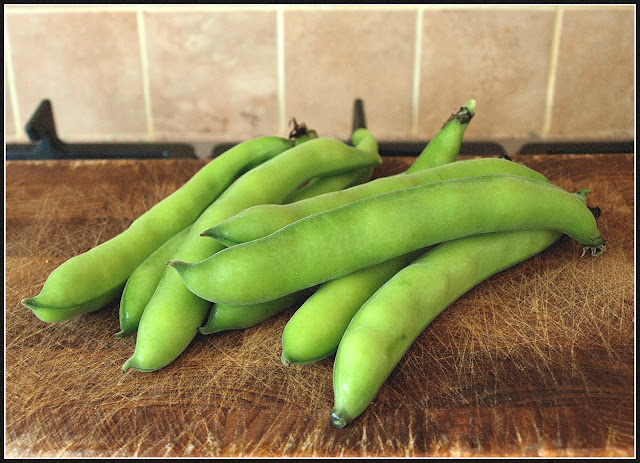 Strawberries were on the menu too. Again, only a few, but a delicious treat nonetheless! 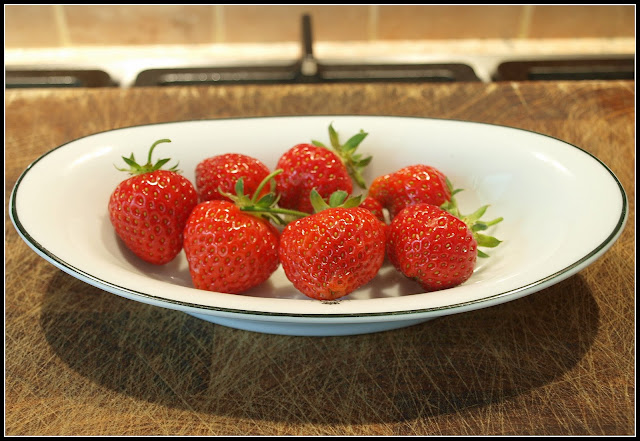 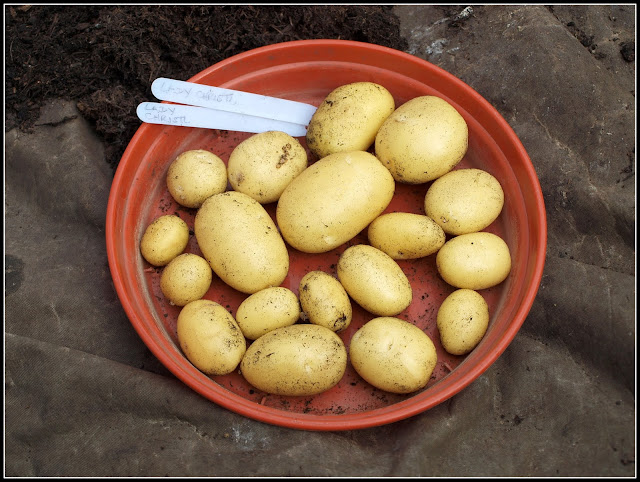 These potatoes look pretty good, don't they? However one of them was slightly less than perfect. It had a touch of scab. You can see it here, showing a line of little brown lesions, just below the labels. This amount of scab is completely insignificant - it is easy to rub off with a finger - so I'm not worried. Scab is often associated with compost that has become too dry, and since these potatoes had been growing in pots I think that is highly likely. 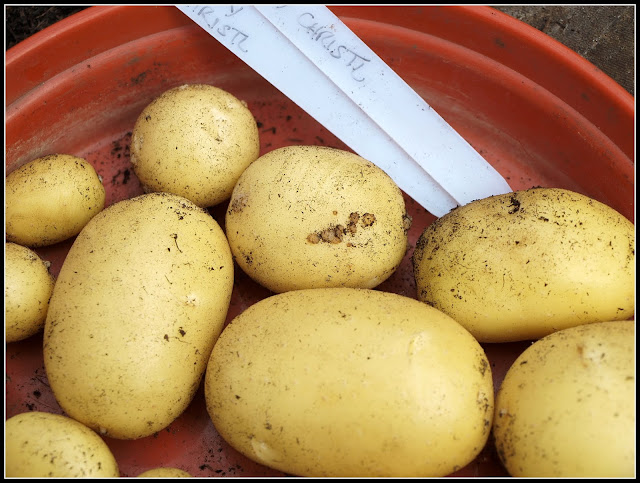 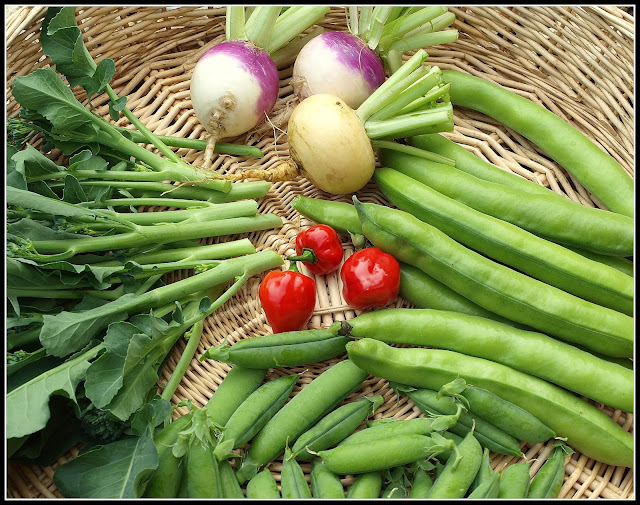 Before long we'll be eating home-grown Beetroot, and the Runner Beans are flowering already, so we have more to look forward to.
Posted by Mark Willis at 16:00