This past week I have again harvested some very nice veggies - and several of them have been "first of the year" ones, like these "Boltardy" beetroot: 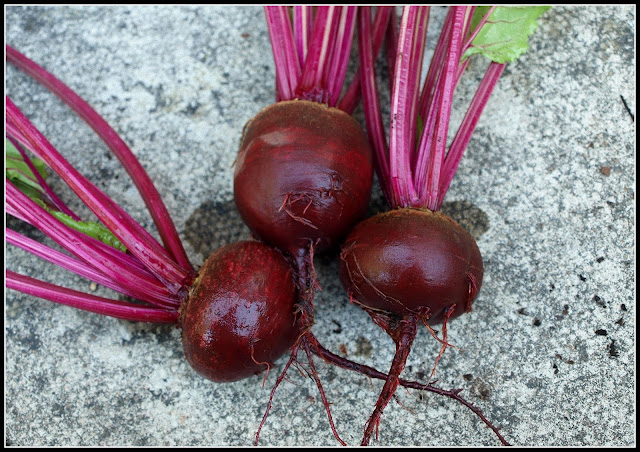 This is my "old faithful" beetroot variety. It is a very traditional one which has been around for ages and endures despite the advent of fancy new varieties simply because (as its name suggests) it resists bolting better than any other variety. Nor does if fail on taste or texture. I cooked the three roots seen in the photo above, within minutes of harvesting, and ate them about 90 minutes later. Very tasty, and so tender that they were almost gelatinous!

I also picked the first of my "Amsterdam III Sprint" baby carrots, grown in one of the boxes in my wooden planter. Unlike the "Mignon" ones from the other box, which are quite short and plump, these ones are elegantly long and slim:- 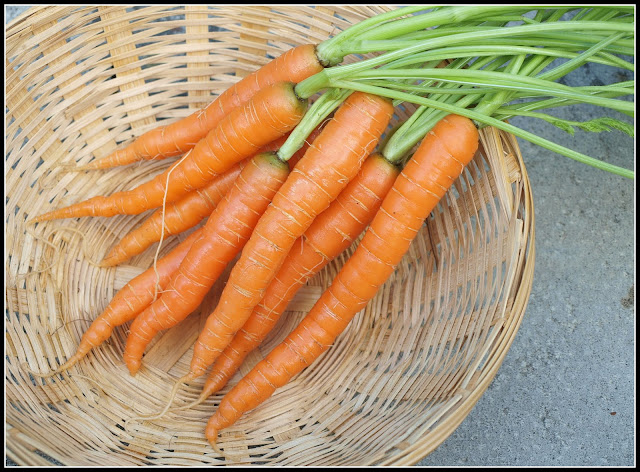 When I sowed the carrot seeds I also put in a few Spring Onion seeds, hoping they would assist with deterring the Carrot Root Fly. Only a few of them germinated, but amongst those that did were these two beauties: 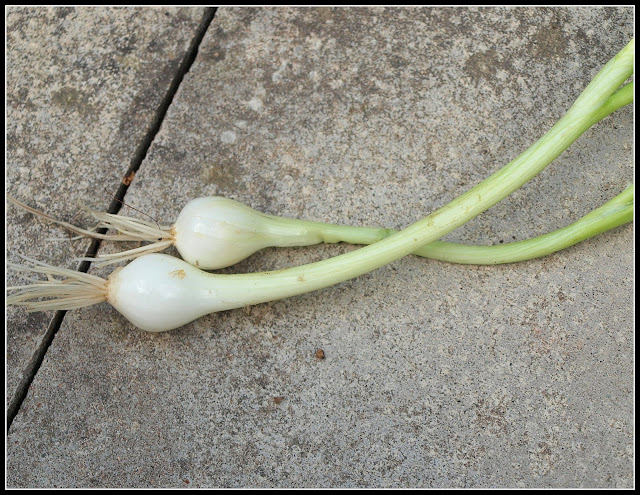 I don't know what did it, but something has kept the Fly away. Those carrots are clean as a whistle, with no damage whatsoever. 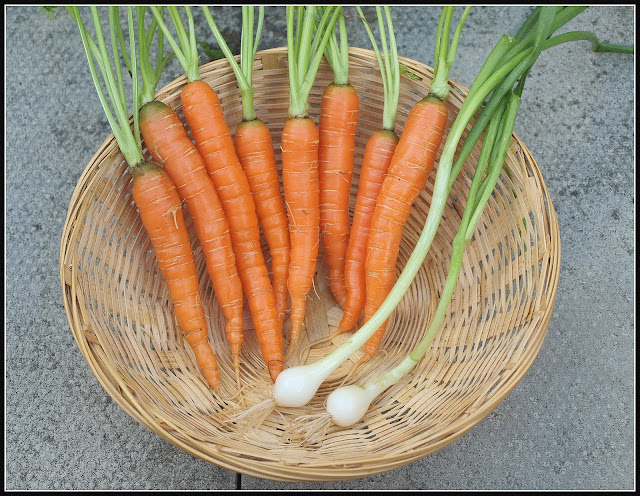 The new potatoes are still going strong. I have given up trying to keep the various varieties separate since I have found that all mine seem to have very similar properties and hence require similar cooking times. This is a medley of varieties including "Swift", "Rocket" and I think "Lady Christl"... 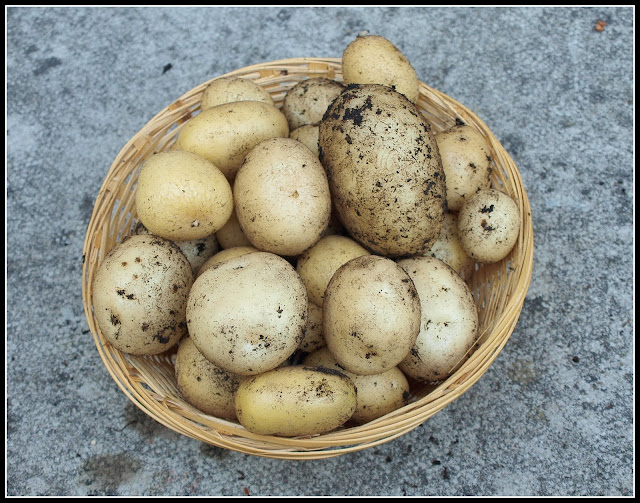 ﻿
The "Cobra" climbing French Beans are coming on stream now, so I have had a decent picking of those: 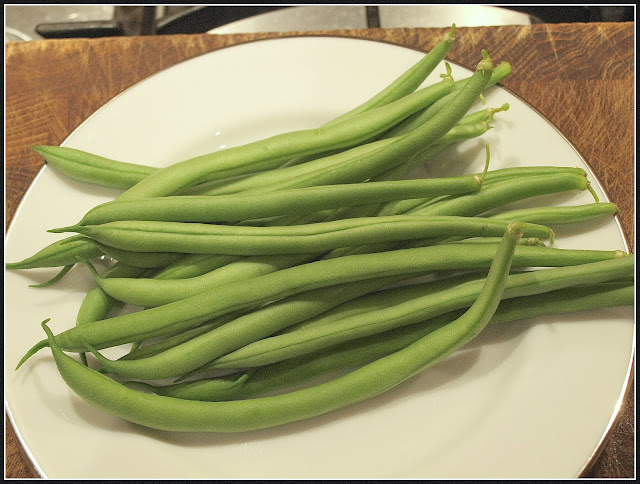 This week I also want to recognise the efforts of my Basil plants. I have four of them, two of which have been with me since last Spring (2012, I mean). I have cropped them on several occasions, usually to make a batch of pesto. This is so easy to do, yet so rewarding. A big bunch of Basil goes into the food-processor with some pine-nuts, some parmesan cheese and some olive oil and a quick zuzz or two later you have a bright green, oozy, wonderfully fragranced pesto. I usually freeze it in ice-cube trays like this:- 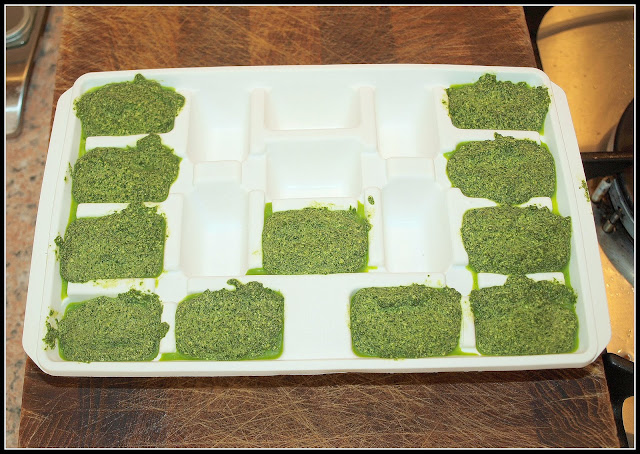 When the pesto is frozen you tip the cubes out into a plastic bag and put them back in the freezer, where they will be instantly available for adding to soups, pasta dishes etc.

Harvesting (and eating) home-grown food is so rewarding!
Posted by Mark Willis at 16:00