I haven't written much about food or cookery recently, which is primarily because we were away for a while and after that I was sick for a few days. Now I have regained my interest in food and I thought I should tell you about a fab piece of meat I bought a few days ago. 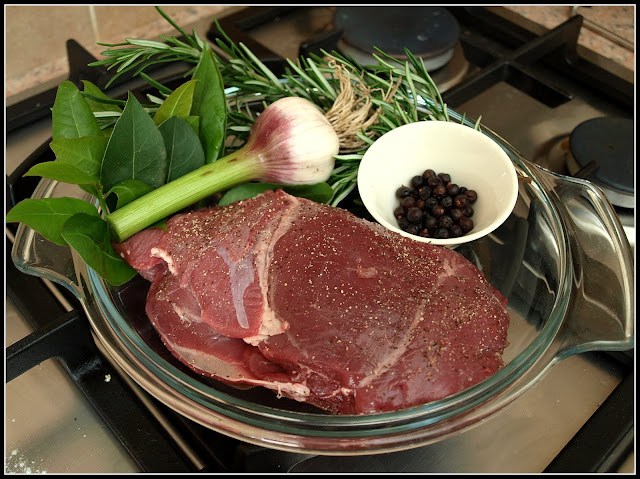 As many of you will know, we are keen on shopping at our local Farmers' Market. One of the stalls that regularly attends is the one belonging to Newhouse Game, based in Hythe near Southampton. From them last Saturday I bought a beautiful piece of wild venison rump. At £13.99 per kilo I thought it very good value - a lot cheaper than the beef equivalent, that's for sure.

The piece I bought was just over half a kilo, plenty to feed two hungry people. I marinated it for a couple of hours with some ingredients traditionally associated with venison: Bay, Rosemary and (crushed) Juniper berries. I also added a couple of cloves of thinly sliced fresh garlic and some ground black pepper. To get everything to adhere to the meat I rubbed it with a little vegetable oil. 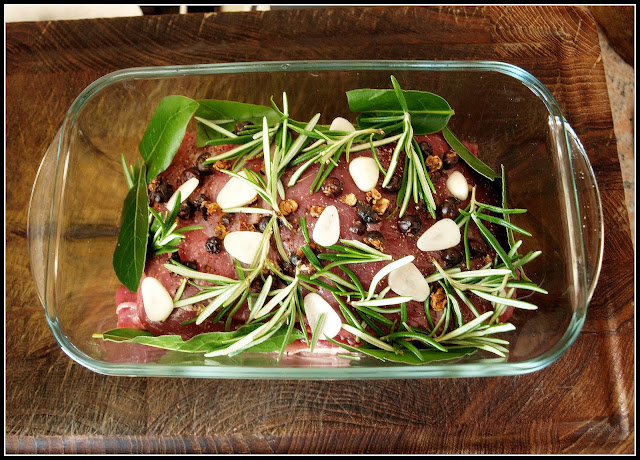 My Bay trees are full of new growth at present, so I lined the dish in which I marinated the meat with a layer of very young Bay leaves, which I lightly bruised in order to release their fragrance.

Now, I don't have much experience with roasting meat, so I took the precaution of doing a bit of research beforehand. Venison is a very lean meat and if not cooked properly can end up being very tough indeed.
Most authorities agree that there are two different ways to cook it well: one is very quickly, and the other is very slowly (and at very low temperature). I chose the former.   Following the advice I had seen, I seared the meat on all sides in a hot frying-pan with some oil and butter, to give it a nice colour and to enhance the flavour, and then transferred it to a rack above a roasting-tin. I poured the meat juices / butter / oil from browning over the top of the joint. I also chucked in a few cloves of fresh young garlic.

I cooked the meat at 200C for 10 minutes and then reduced the heat to 160C for another 20 minutes. I tested the meat at this point, and was happy with it, so I took it out of the oven and allowed it to rest, covered with foil, for another ten minutes during which time I finalised the vegetable accompaniments and made some sauce. It is very important to rest roasted meat before serving. If you don't, the meat will probably be tough because the resting process allows the meat to "relax", and therefore become much more tender.   This particular piece of meat could hardly have been more tender! It was amazingly soft and succulent. I don't generally enjoy meat cooked very rare, but with venison I think it is important not to cook it too much, and I will happily eat it pink - like this, in fact:- 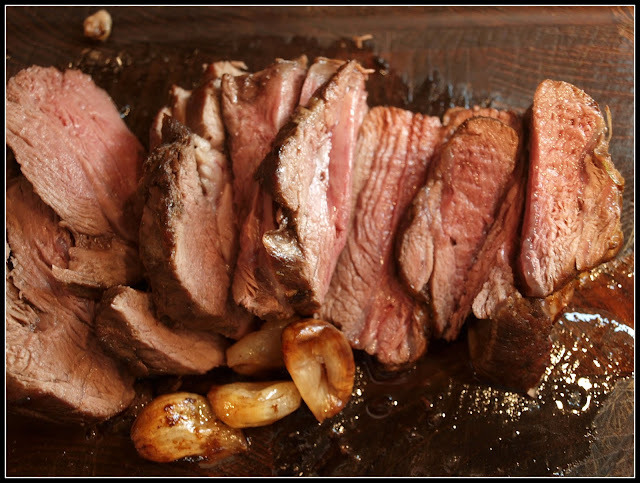 In retrospect, this piece of meat could easily have served four people. I would just have had to carve the slices more elegantly! 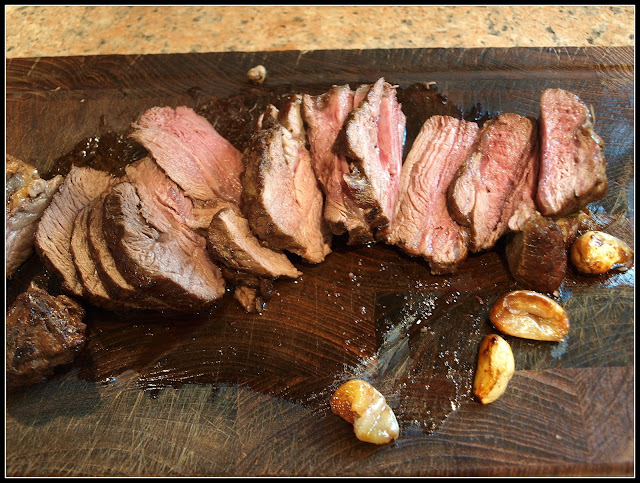 The accompaniments to my venison were mostly vegetables from my own garden - new potatoes, turnips and broccoli - but I also did some young carrots bought on the Farmer's Market. 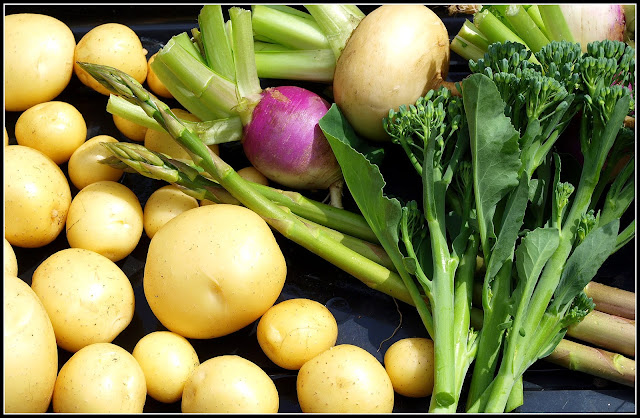 In my pictures you can see some of the garlic, and I have to say that it was amazingly good too - really soft and juicy, and with a bright white colour. Need I add that it too came from the same market? 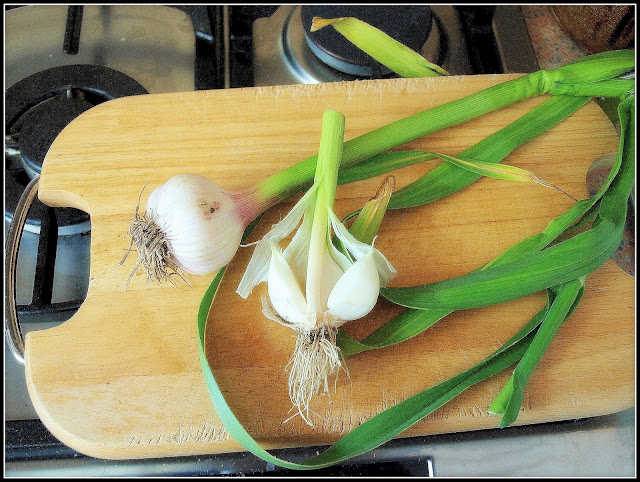