One of the small batch of perennial plants I bought from my local Garden Centre in the Spring was a Gaillardia "Burgunder". 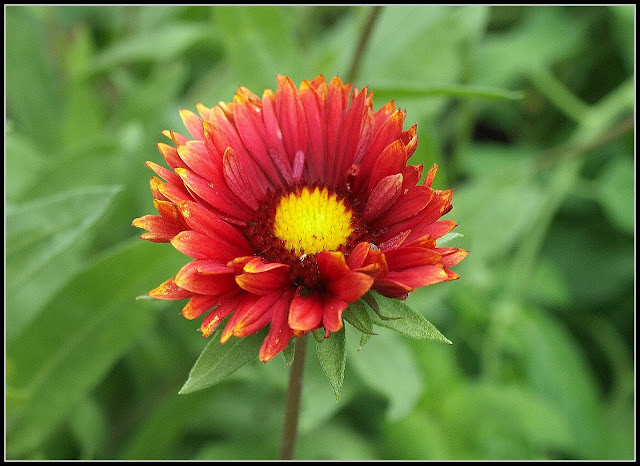 I bought this plant purely on the basis of the label. At the time there was nothing to see but one or two very small green shoots emerging from the compost in a tiny plastic pot. It wasn't much of a gamble though, at only £1.99 each! 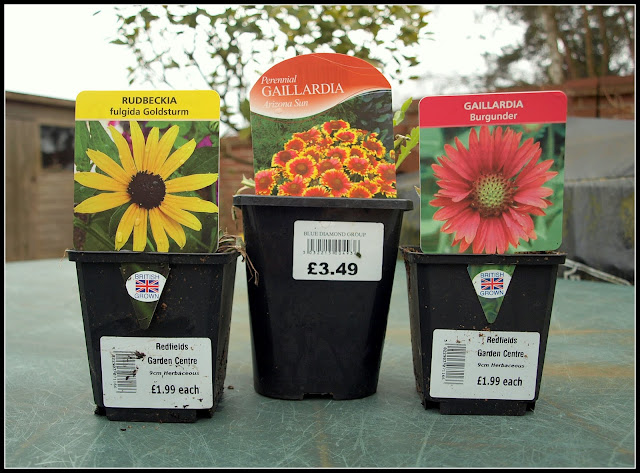 And now look at it:- 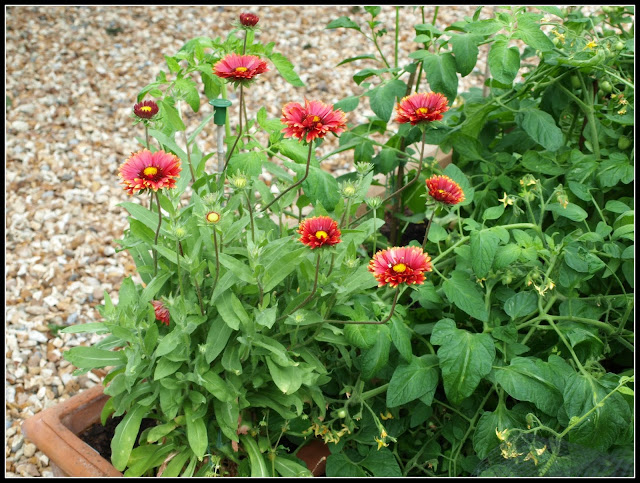 The stems are quite floppy so I have tied them to a cane with some soft string. 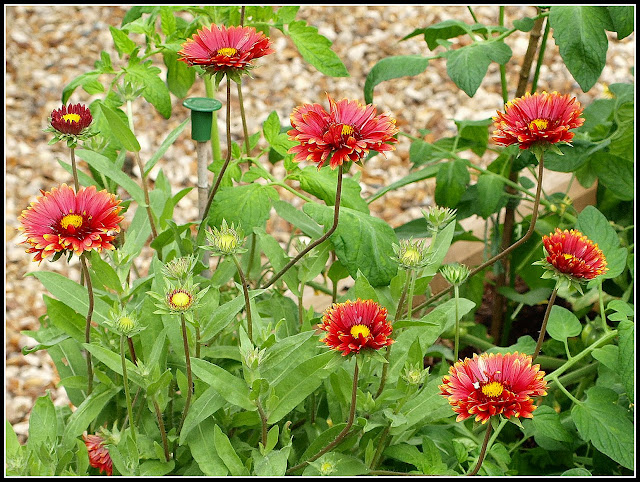 The plant is only just beginning to flower, and already it has more than 15 blooms. And what beautiful blooms they are: 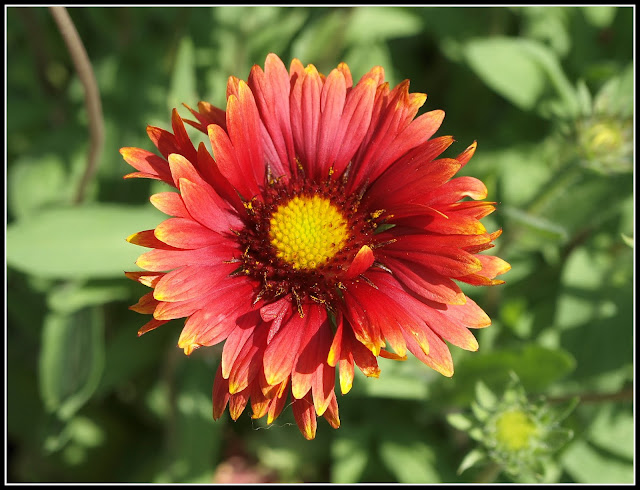 The Gaillardia is a perennial, which means that it will die right back in Winter but come back up again the following year. I have also heard that it self-seeds easily, so it sounds as if my £1.99 will turn out to have been a real bargain. 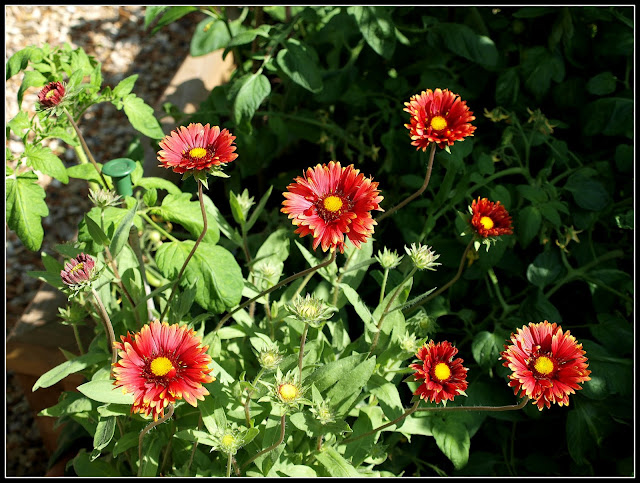 ﻿
You will have noticed that I put my plant (and its peers) into a pot rather than into a permanent place in a border. This is the way I like to work. I move the pots around every so often, to maximise the display when things are flowering, but then to hide a plant somewhere unobtrusive when it dies back, replacing it in the "shop window" with something else.

While I'm in a flowers mood, let me finish my post with a picture of some Lavender, which is currently at its best, seen here next to my "Black Prince" chilli plant:


With my increasing interest in decorative plants as opposed to edibles, I had considered changing the name of my blog to "Mark's Garden", but that one is already taken by a blogger who only seems to have written two posts, the most recent of which was in 2005!
Posted by Mark Willis at 16:00