The harvests are coming in thick and fast now - lots of variety. I have harvested lots more potatoes, including the first of the "Ratte" ones. They are very small but very choice. I have several pots of these, so the later ones will no doubt be bigger.


I have continued to harvest more turnips, which are still perfect specimens, with no bug damage at all, which I find amazing in view of my previous attempts with this vegetable.


I have harvested three cucumbers. One was a very nice one, and came from the strongest plant in the batch - the only one of the original six to have performed well. 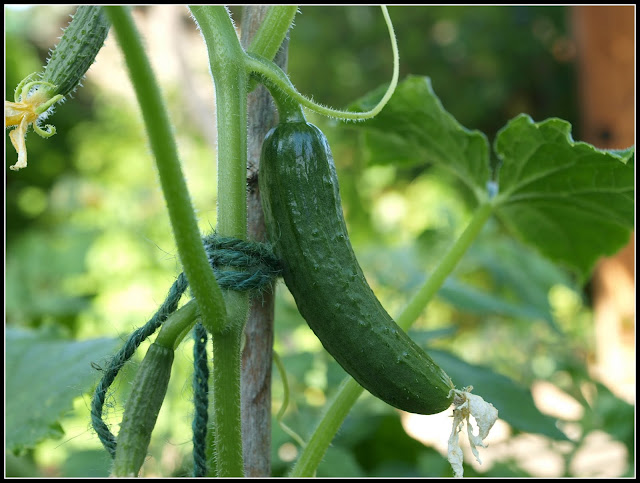 The other two were not ones to be proud of. They were a very strange shape. They came from one of the plants that so nearly died: 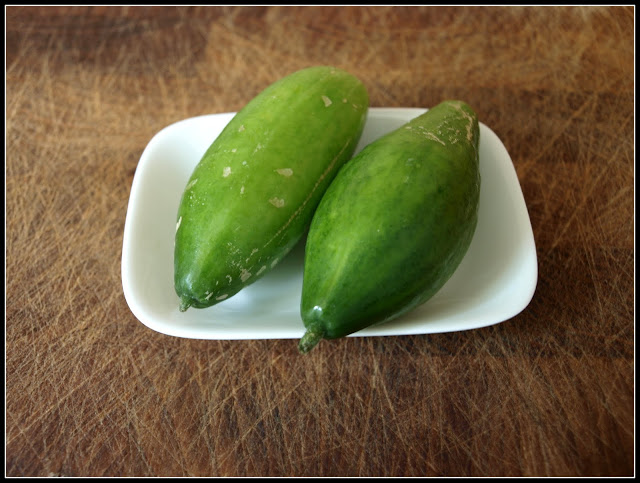 As some of you may remember, I re-sowed my Cucumbers and I am now back up to six plants, but four of them are still very small and not producing fruits yet. I live in hope though...

On Saturday I picked this vegetable medley:

The Broad Beans have been very poor this year. There haven't been all that many pods, and some of those have had only one or two beans inside. Still, I'm pleased to have been able to pick the first of my "Cobra" climbing French Beans. This is my favourite variety, and this year I have twelve plants, so I should get a decent harvest.

The second half of the Shallots have been lifted now. Not as many as in the first lot, but still enough to be worthwhile growing them.

These smaller ones will probably be pickled, but we will be reserving the bigger ones for general culinary use.


Jane used some of the shallots from the first batch (harvested 2 weeks ago) a couple of days ago in a Navarin of Lamb, along with some of the "Golden Ball" turnips. The carrots in this picture are bought ones I'm afraid. 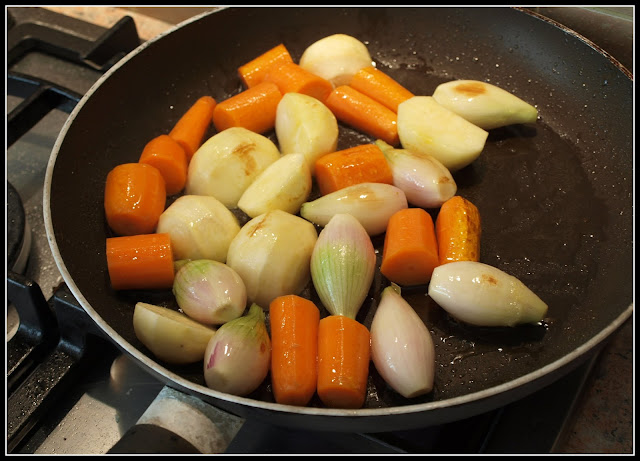 Those really fresh shallots were SO tasty! Much more strongly-flavoured than ones that have been stored for a long time.

Finally for this week, I picked the first of my Blueberries, and a few more Scotch Bonnet chillis. Don't worry, we didn't eat them together!

These two are a good example of what I have often written about fruit / veg harvests. Sometimes one thing does well and sometimes another. The Scotch Bonnets have been great and very prolific, but this year the Blueberries are very sparse. Next year it may well be the other way round.

I wasn't going to mention Lettuce because I have been harvesting it for weeks, but I think I really do need to show off this fine (and enormous) specimen: 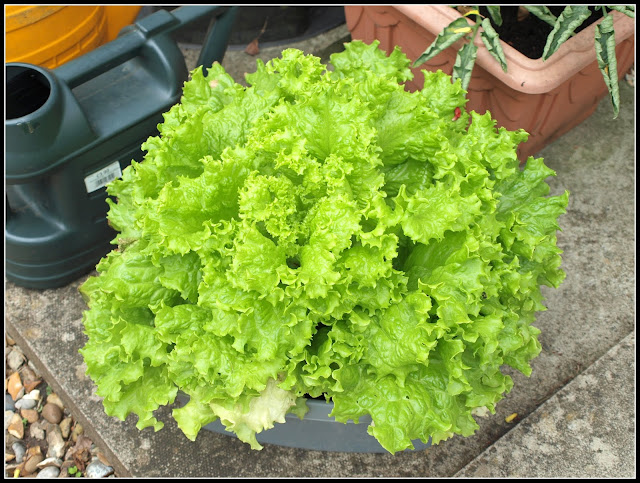 I'm entering this post for "Harvest Monday", hosted as ever by Daphne on her blog Daphne's Dandelions. If your are not familiar with this hugely popular weekly "hook-up" why not have a look? There should be lots of lovely harvests on display at this time of year!
Posted by Mark Willis at 16:00