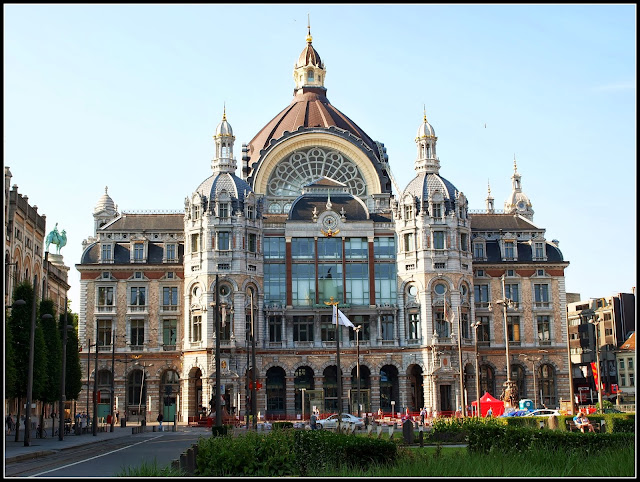 Last weekend Jane and I went to the Andre Rieu concert in Maastricht. I had been hoping to write a couple of posts about our experience, but Blogger is frustrating my attempts. At present I can only write in the HTML view, which is highly unsatisfactory, since it stops me doing any formatting, or generally making anything look presentable. All I can do is hope that things will return to normal soon. --------- In the meantime, just to give you SOMETHING to look at, here are a few photos of the famous Central Railway Station at Antwerp, near which we stayed. Our hotel was just a stone's throw from the station, so I had ample opportunity to explore it. It was not your average railway station at all, but very grand indeed - more like an opera house! The last picture in the sequence shows the view from the station towards our hotel - which is not the huge monstrosity in the centre, but a much smaller building at the end of the street on the left. 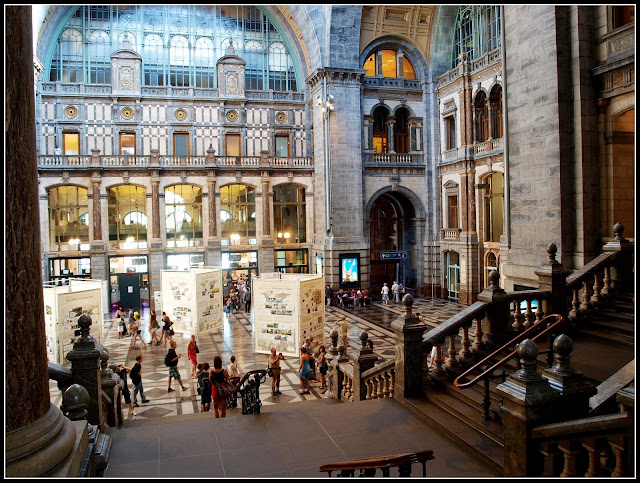 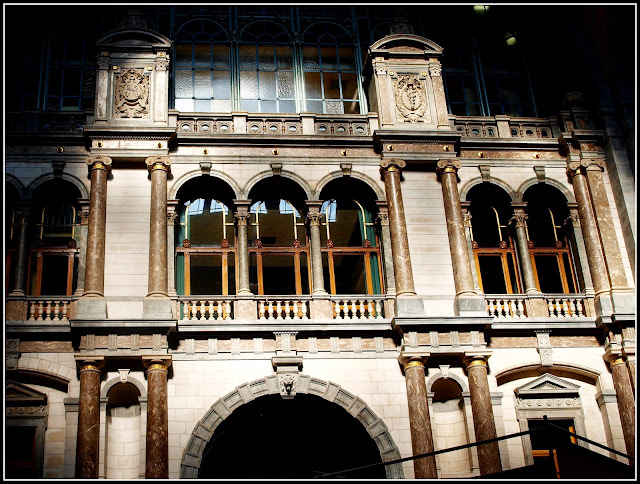 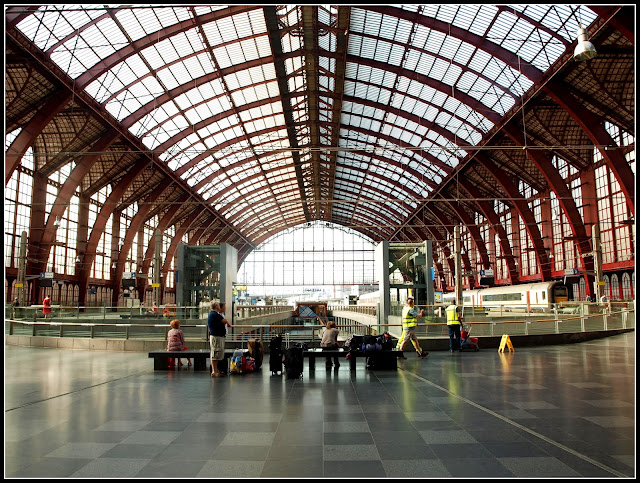 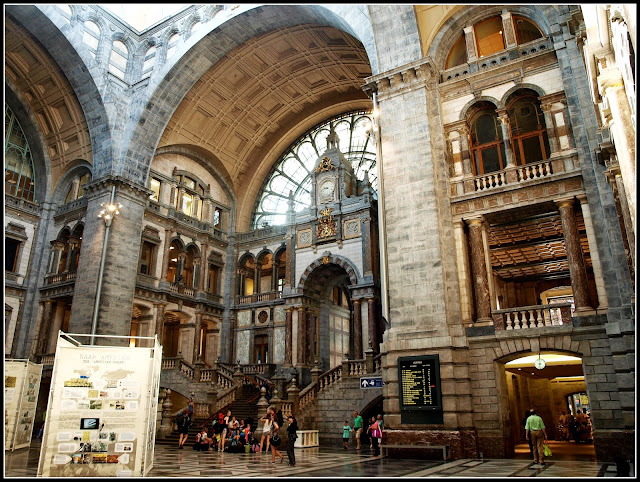 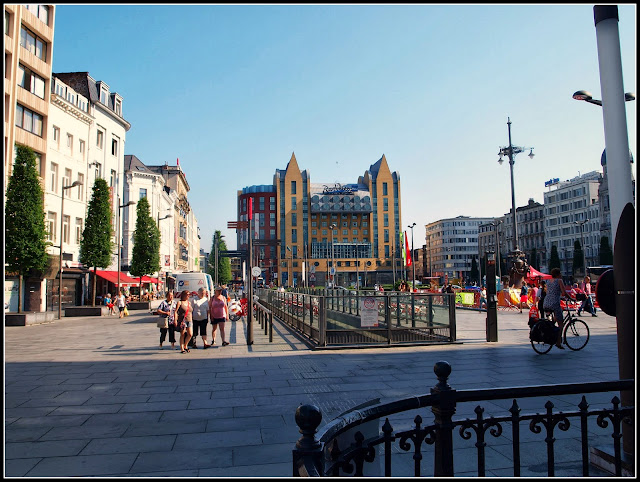 The actual concert we went to was, as I said, in Maastricht, which is a lovely city, but unfortunately quite a long way from Antwerp, so we did have to spend much longer than we would have like sitting in a coach. Actually this was really the theme of the weekeend - a nice concert, but far too much travelling. To make matters worse, our coach was immobilised at Calais for over an hour due to a door malfunction, so we missed our ferry sailing to Dover and had to take a later departure. We eventually got home after midnight (having got to our hotel after the concert only a 0200 the day before. We were VERY tired - and I had to go to work the next morning! If / when I get the chance, I will publish some photos of Antwerp Zoo (which is just next to the Railway Station too), which was really good - in fact possibly the highlight of the whole trip. The concert itself was OK, but not brilliant, since a large part of it was really only relevant to / understood by the local audience. How much Dutch do YOU speak?? I know none, so the lengthy performance by a Dutch comedian was completely lost on me! The concert really only got properly going towards the end. Andre Rieu's concerts always offer a number of "Encores", which include some of his most well-known pieces, and it was this that got the audience really enthused. So why did we travel all the way to Maastricht to see this concert, you may ask. Well, it was not only more atmospheric to see Andre's orchestra perform on its own Home Ground as it were, but also it was a lot cheaper to buy the whole weekend's package deal than it was to just get tickets for a similar concert in London, with no travel or accommodation included!
Posted by Mark Willis at 16:00