This post is about vegetables in my garden that are either not quite ready, or have just finished.

Since the Asparagus started to produce spears much later than usual this year (due to the crazy weather) I decided to keep on cropping it until mid-July, whereas I normally stop at the end of June. However it is definitely finished now. I am leaving all the spears that come up, to allow them to develop into leaves (known as "fern"). 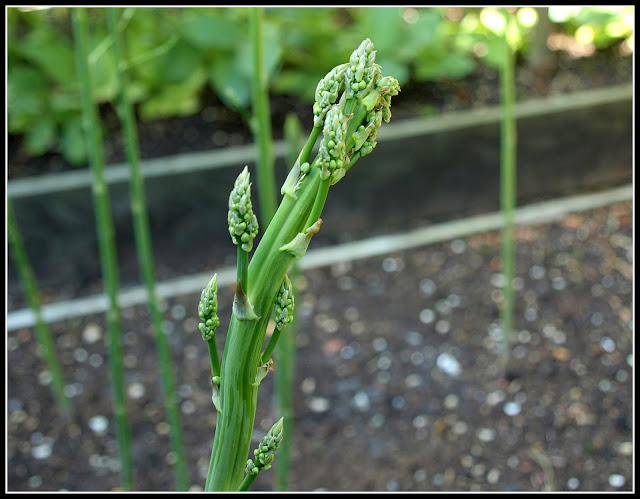 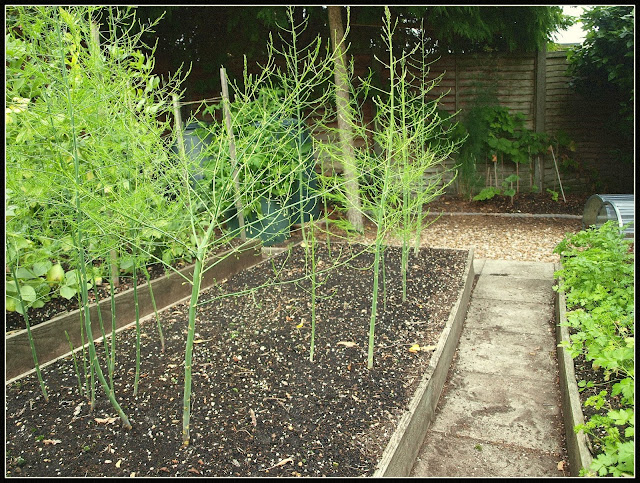 Unfortunately all my Endives bolted before I had a chance to use any of them, so they are finished too. I blame the excessively hot, dry weather. 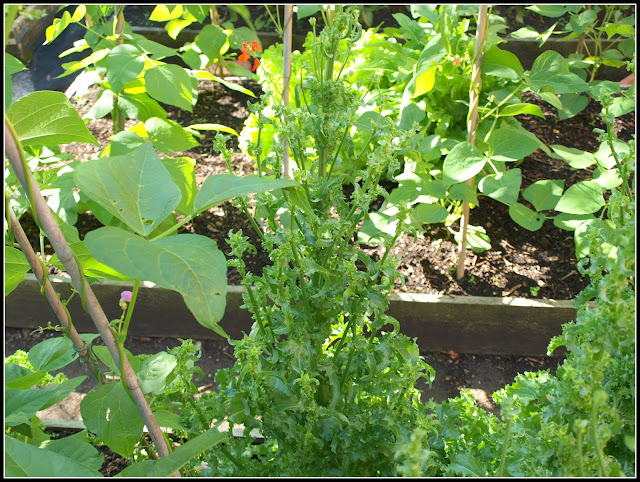 I have now sowed another batch of Endives (Autumn-harvesting varieties) and some Radicchio, so maybe I'll have better luck next time.

Meanwhile, some of the other crops are in the opposite phase, so to speak. The Beetroot, for instance is nearly ready. The roots seem to swell ever so slowly, but one of two are now at the golfball size, so I reckon they will be harvested in the next few days: 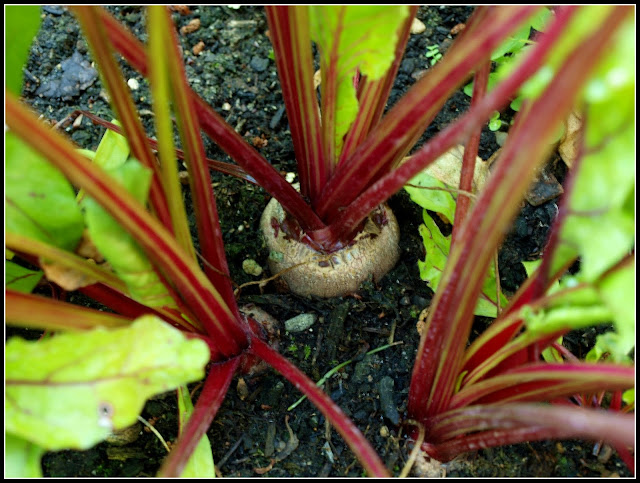 The Parsnips (which got off to a slow start) are still very tiny. No sign of any roots just yet; only leaves: 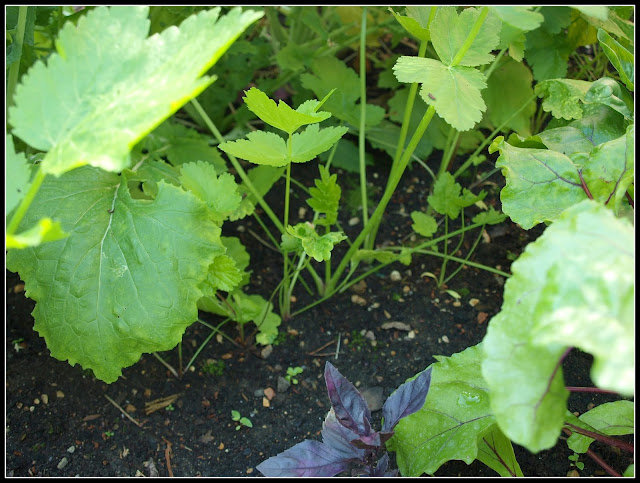 The peas are having a new lease of life. Their first crop was nice and very welcome, but since I robbed them of all their peas (seeds) they are producing a second set, so I will get another small harvest. From a distance the plants look "past it", with faded leaves and scrappy tendrils: 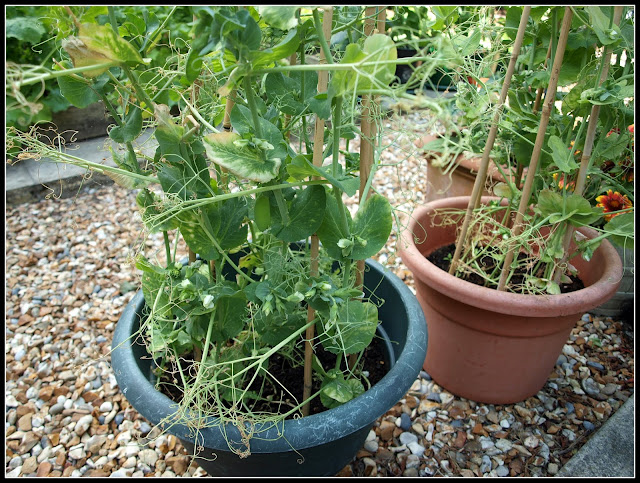 But when you look closely you can see lots of flowers forming: 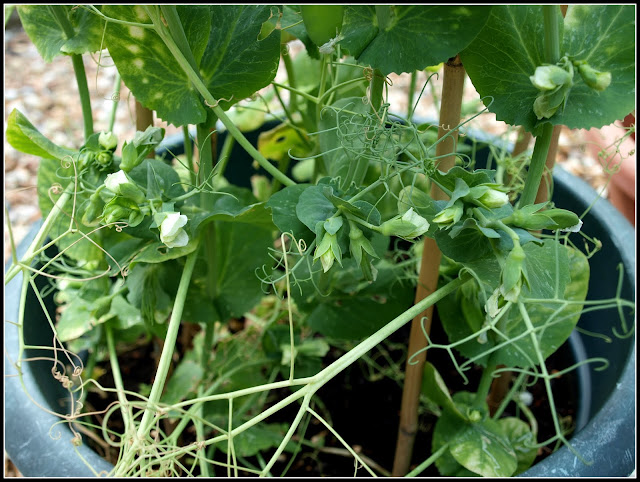 The Brussels Sprouts are still nicely on track, although they are now beginning to show a few holes in the leaves due to the advent of a multitude of white butterflies and the consequent catterpillars. 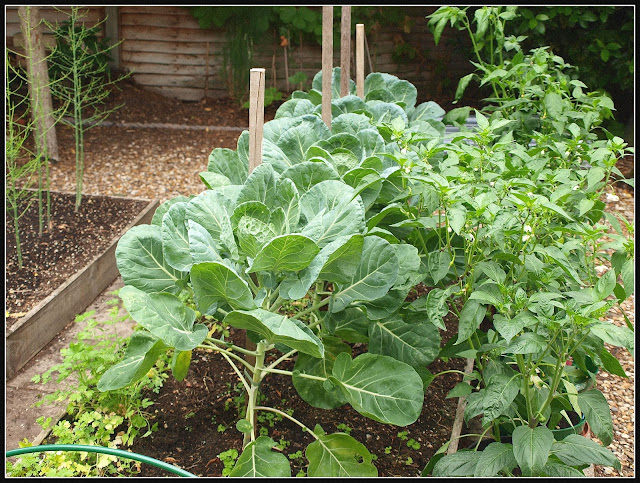 Before long they will be starting to form the first of their sprouts, and I am hoping for a good harvest since the plants seem to be in such good condition.

This coming weekend I will probably remove the Broad Bean plants. 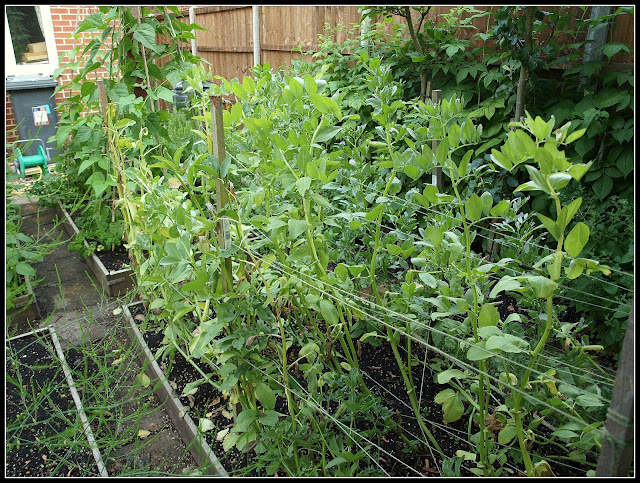 Their yield this year has been very poor, and it is time for them to make way for something different. They will be followed by Purple Sprouting Broccoli for next Spring's harvest.
Posted by Mark Willis at 16:00