I normally don't attempt to grow much in the way of salads during the Winter months, because (in the absence of a greenhouse) it requires a lot of effort and produces little reward, but since this year I acquired some big cloches I thought I would have another go. Remember these? 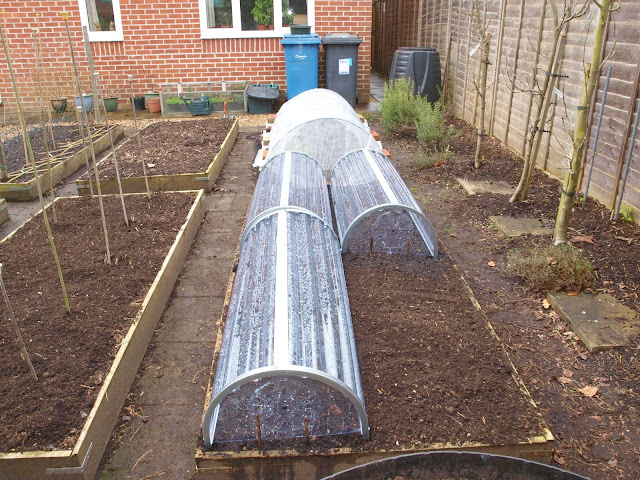 A few weeks ago I sowed seeds of two supposedly hardy Lettuce varieties - "All The Year Round", and "Winter Density". They have grown very slowly - much slower than Summer-sown lettuce - but this last weekend I judged them ready for pricking-out into individual pots. 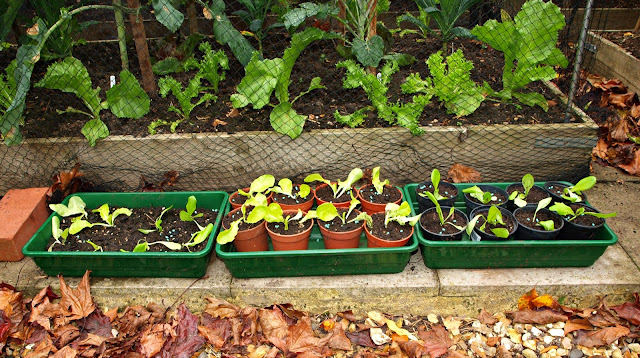 The seed-tray on the left is what they came out of. I sowed half of it with each variety. Now I have 8 individually-potted plants of each, with a few spares. 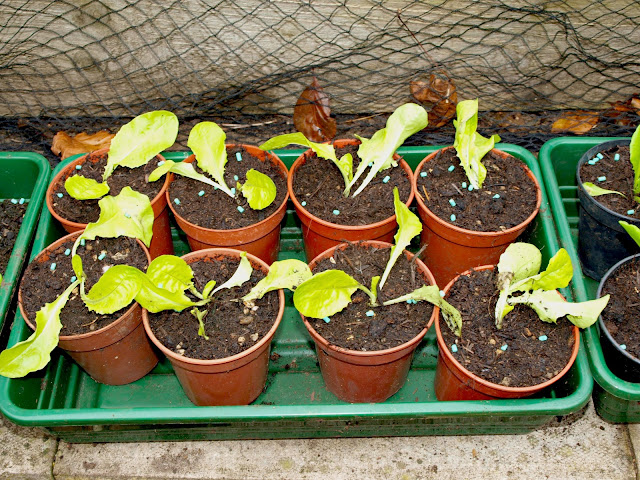 They look a bit bedraggled now, having endured a bit of rough handling (disentangling the seedlings from each other was no easy matter), but they'll soon recover. In a couple of weeks I'll transplant them into one of my raised beds, probably the one where the climbing beans have been (they will have to come down soon), and I'll protect them with my cloches.

As well as the lettuces, I have a batch of "Catalogna" chicory. I've never grown this type before, but I got a packet of seeds as a freebie with one of my orders, so I'm having a go. Apparently this is used as a cut-and-come-again crop, harvested as a baby leaf salad. We shall see... 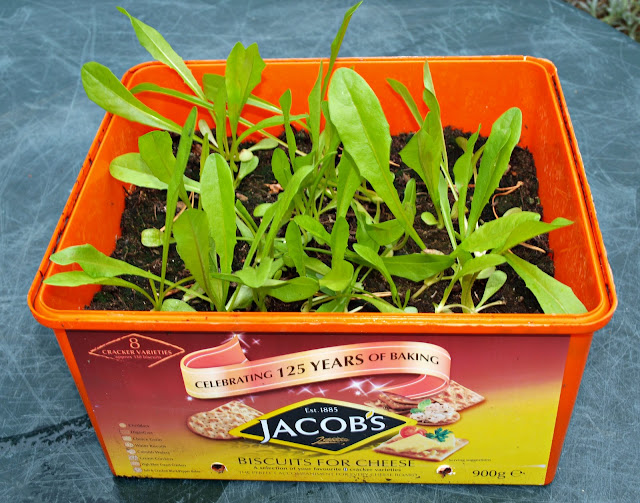 ﻿The mainstay of my Winter salad crop is chicory, which is usually hardier than most lettuces. Over the years I have grown several varieties of this vegetable, which I feel is under-valued in the UK, and seldom appears in our shops. The type I like best - and the one I have found most difficult to grow well - is the ball-headed type which we generally refer to as Radicchio. This year I chose a variety called "Firestorm", from Duchy Seeds. The first ones are ready for picking now (despite the ravages of the local fox population). I find that when they are ready, the outer greener leaves (which always go a bit tatty) tend to drop away and lie flat, emphasising the redder heart in the centre which practically stands up and says "Pick me! Pick me!". 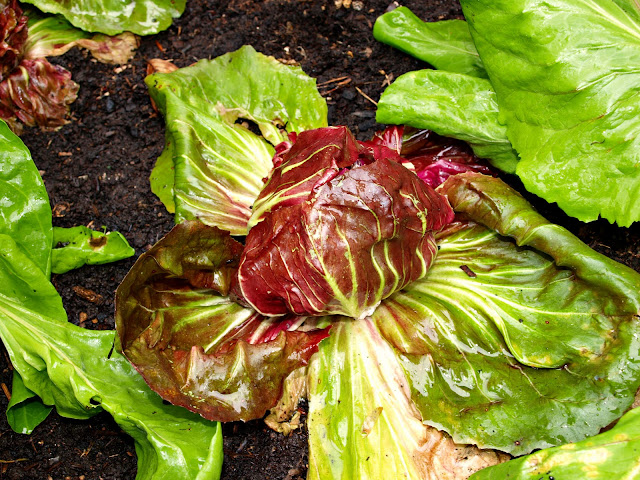 The inner leaves of the chicory will be bright red, with white veins. Very attractive in a salad, and despite chicory's reputation for bitterness, the leaves that you actually eat will be naturally sweetened a bit by the exclusion of light (i.e. blanched). They add a nice contrast to sweeter greens in a mixed salad. 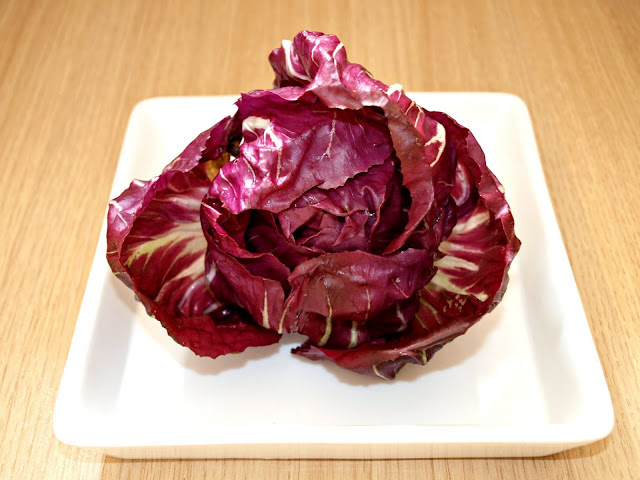 The other types of chicory I am growing this year are ones whose names I don't know, because they came from a mixed pack originally marketed (by Seeds of Italy) as a baby salad mix. I'll just show you some photos of them: 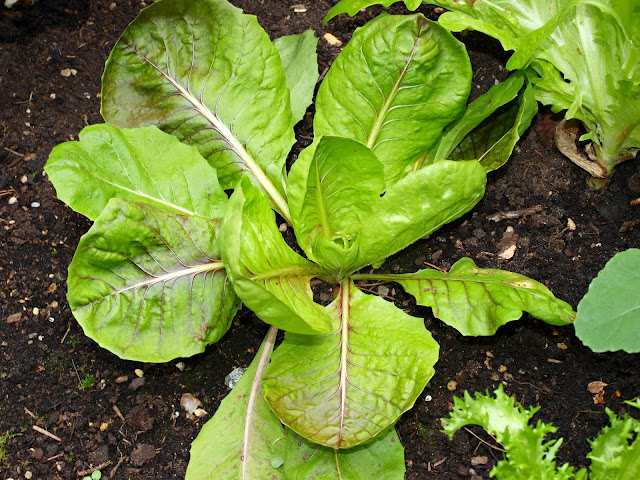 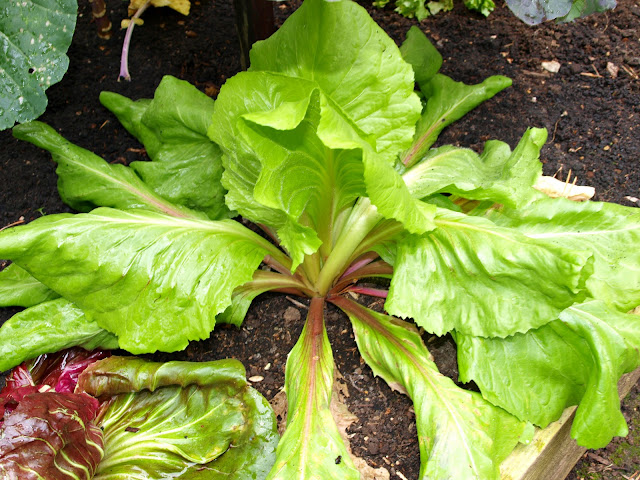 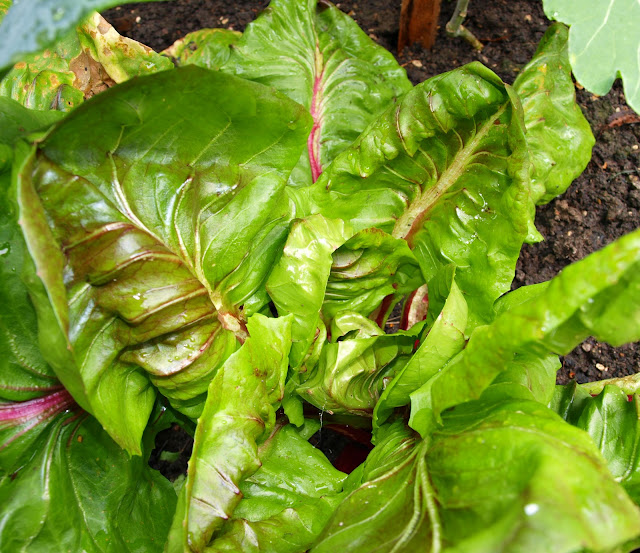 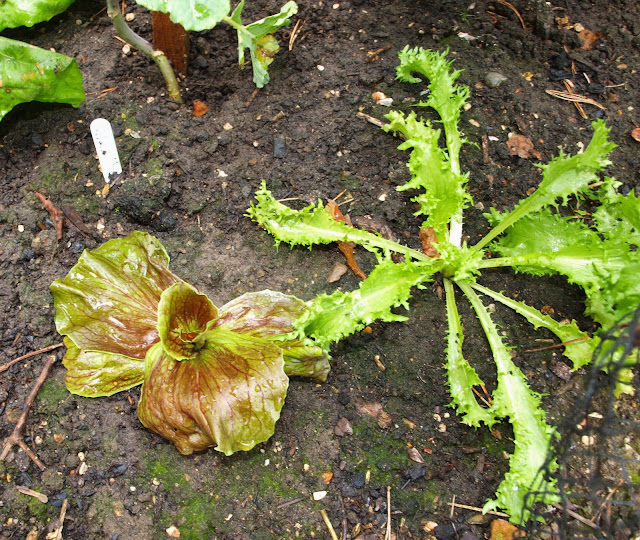 I have a few Endives on the go as well, dotted all around the place as usual - wherever I have been able to fit any in. Most of the ones I grew in the Summer bolted, but some of the Autumn ones are looking more promising.
Some of the Summer-sown lettuces are still going, such as this Green Oak-leaf variety: 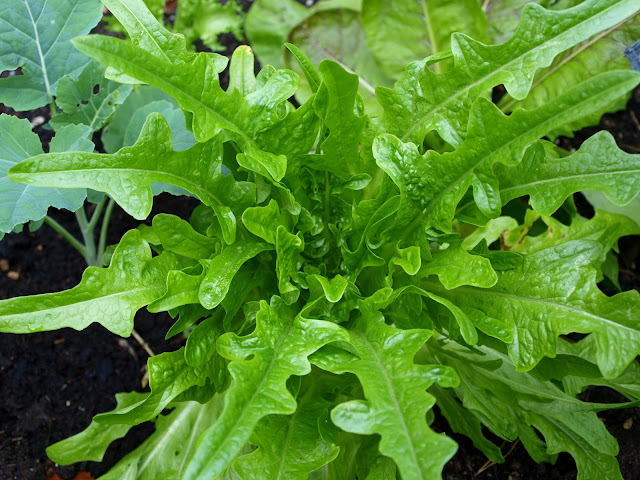 Even these "Fristina" ones which were hurriedly bunged into a pot which previously hosted French Beans are not bad considering it's October now. They won't survive very long if the weather turns much colder. 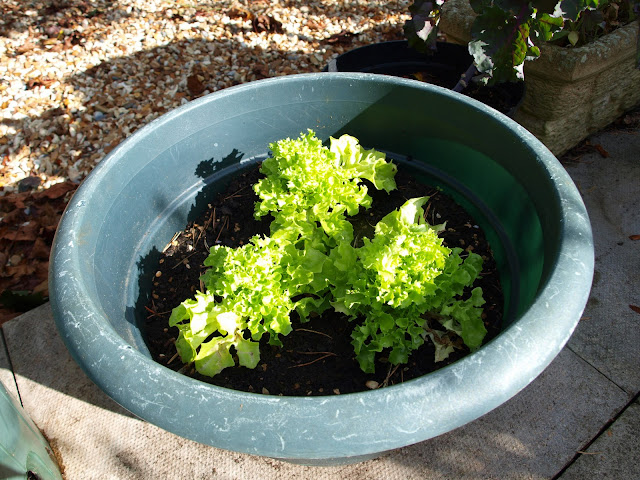 So with all that lot, we shouldn't be short of "saladings" for a while!
Posted by Mark Willis at 17:30