This year we have had better weather in September and October than we had in July and August. Because of this the Runner beans decided to produce a second crop, which is very welcome since by this time of year I have normally had to dismantle my bean-support poles on account of gales and heavy rain. 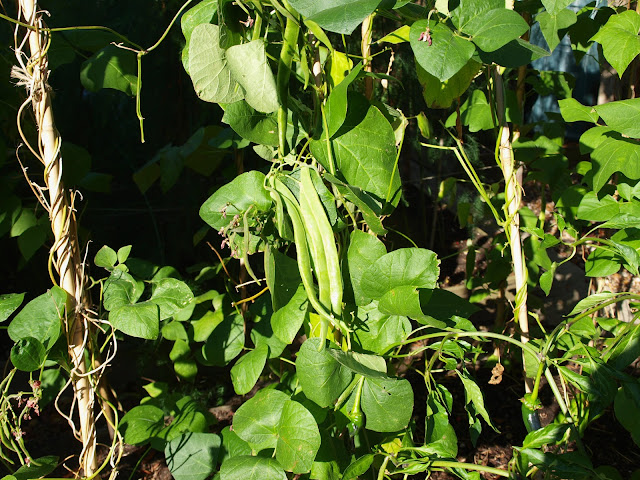 Runners are supposed to be long and straight, right? 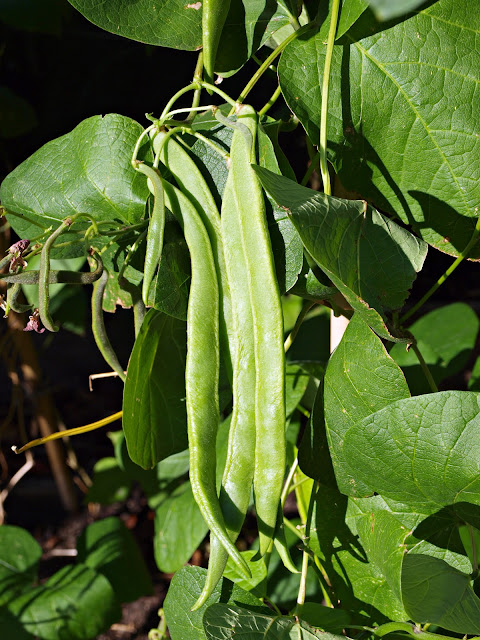 Wrong! This one decided to buck the trend. 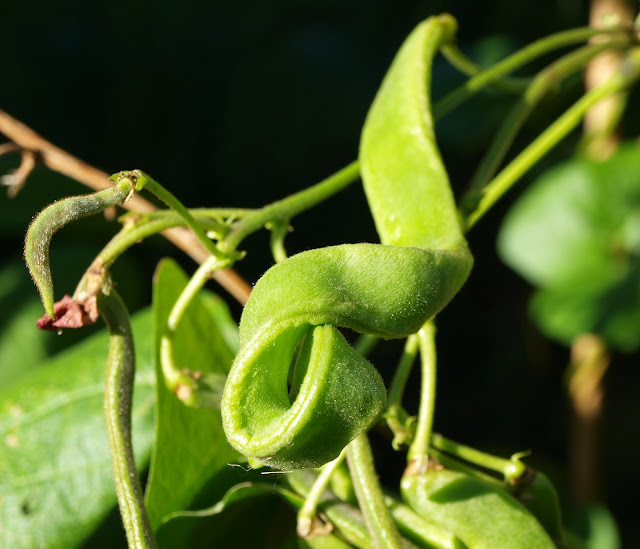 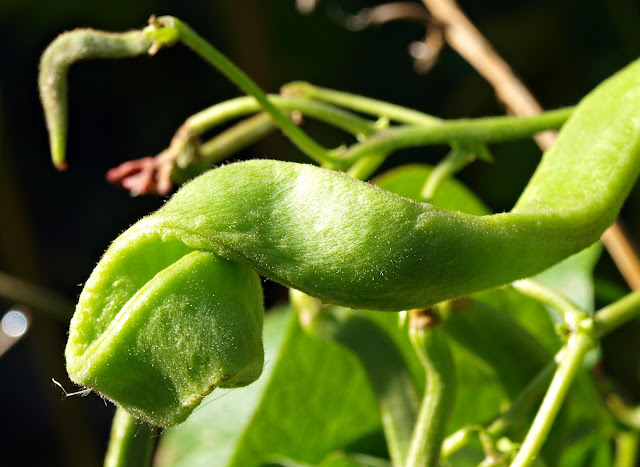 Unless there is frost within the next week or so, it looks as if I will be able to harvest a worthwhile quantity of pods. 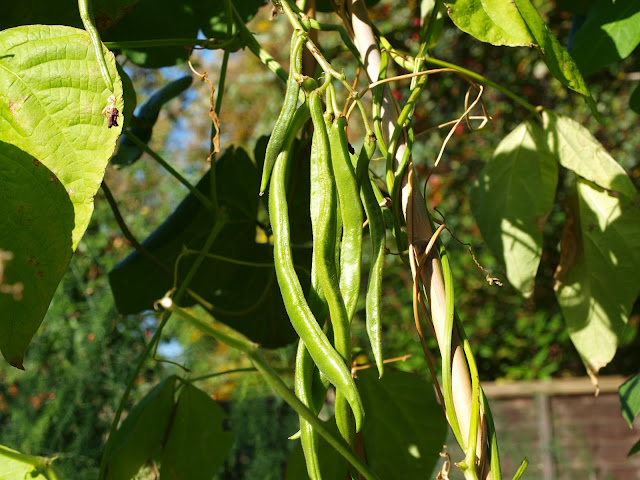 The late-sown "Cobra" climbing French Beans are proving to have been a good investment too... 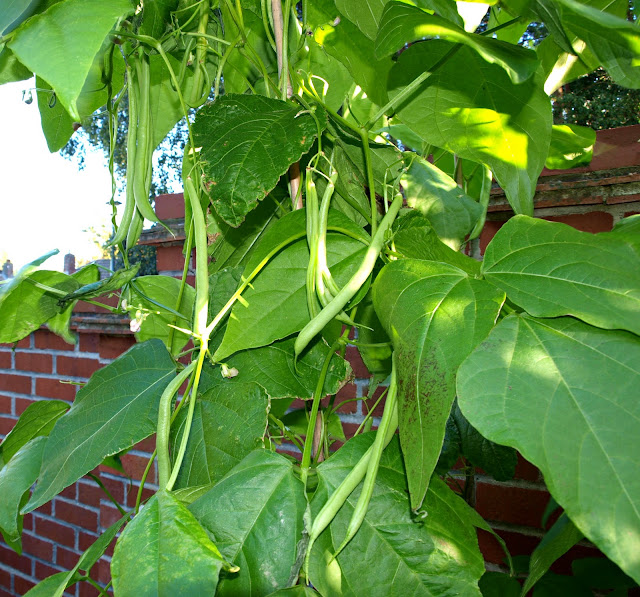 The "Cobra" beans grow much bigger than most of the other French beans, without going tough. Look at them here, compared with the few purple "Amethyst" ones. 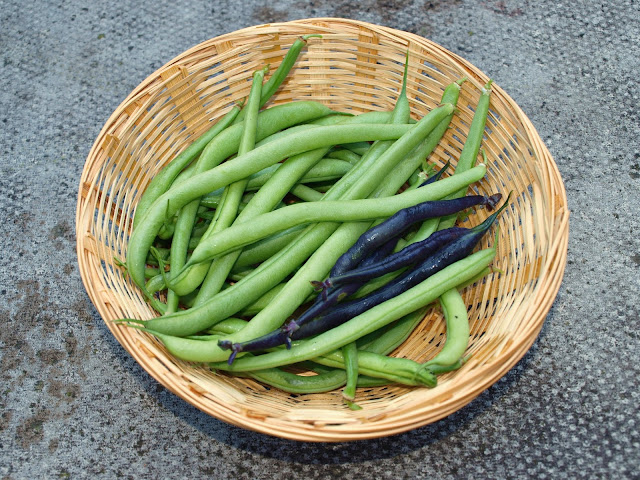 I love beans, but this post is too green, so I'm going to end it with a photo of a nice ripe red chilli. 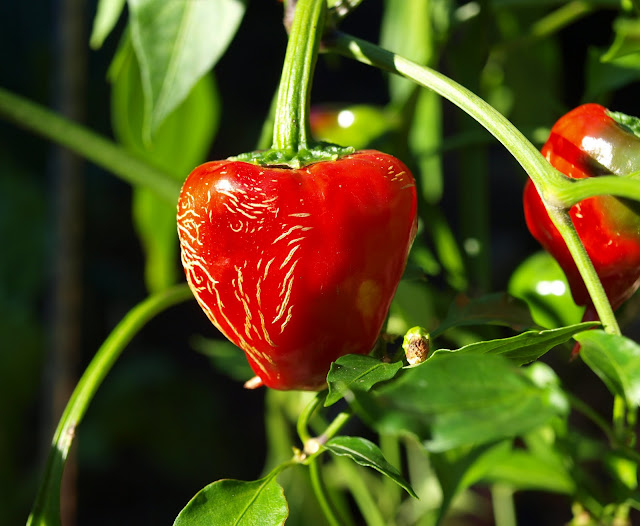