Most years I try to grow something new, something I have not tried before. This way I don't get stuck in a rut, growing the same old things year after year. It also gives me the opportunity to try out a few things that are hard to find in the shops. This year I have experimented with Hamburg Parsley. This is a veg that has two uses: you can use the foliage just like conventional Parsley, and you can use the roots like Parsnips.

I sowed a small row of seeds next to, and at the same time as the Parsnips, that's to say in the first week of April. After thinning the plants when they were small I have done nothing to them, apart from water them every so often. Now, six months later, I have pulled up the first ones to see what has been produced. Just like Parsnips, you can see the foliage well enough, but the root is down below ground and you can't get much of an idea about how big it is until you pull the plant up. This is what I got: 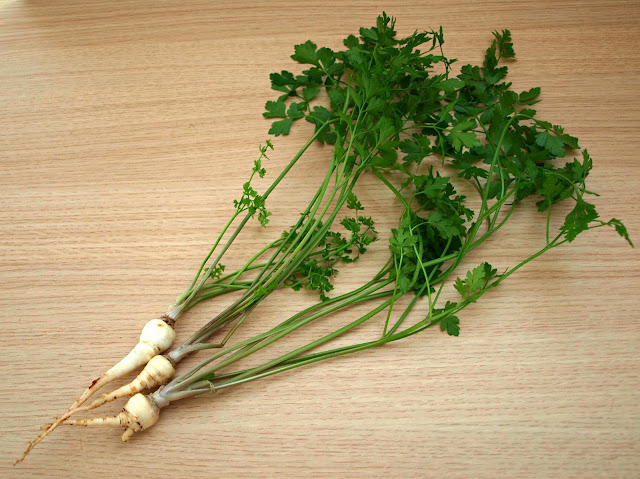 The foliage is quite luxuriant. It looks, smells and tastes just like flat-leaf Parsley. 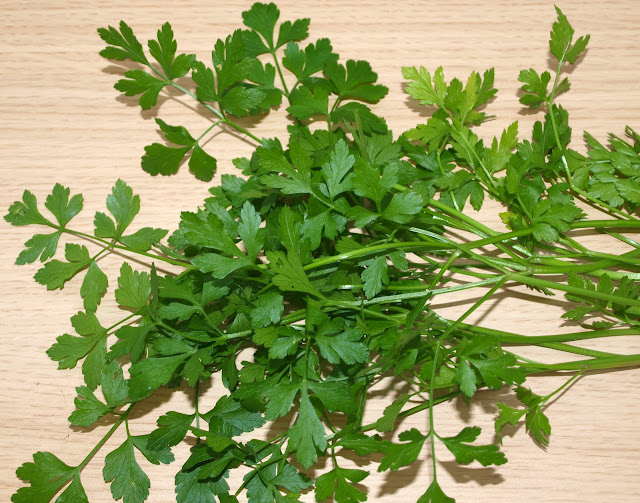 But the roots are very small, and not particularly choice. 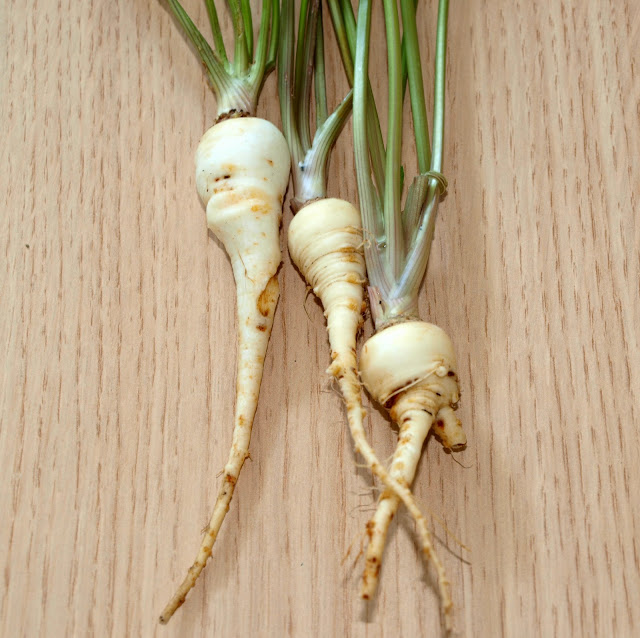 They are much smaller than Parsnips. The biggest one is about the size of my index finger.

I think that even if I harvested all of my plants in one go I'd just about have enough for one serving for Jane and myself, so instead I plan to use them as flavouring ingredients rather than vegetables. I'll put these three into the beef casserole I'm planning.

The verdict: I don't think I'll grow this stuff again. The yield is not big enough to represent good VSR (Value for Space Rating). I'll use the space for more Parsnips, which usually do well for me, and stick to the normal type of Parsley.
Posted by Mark Willis at 17:30