Celeriac - success of a sort

Regular readers will know that I have been trying hard to grow some decent Celeriac. Well, harvest time is here, and I have already used two of my six plants. Before they are all gone I want another chance to show them off.

This is a photo of a complete plant, just after being dug up. You can see that although I have regularly removed the bigger leaves in order to promote the formation of a smoother bulb, there is still some pretty luxuriant foliage. A leaf of this is very useful for adding flavour to a stock.

Just under the surface, the Celeriac produces a great tangle of roots: 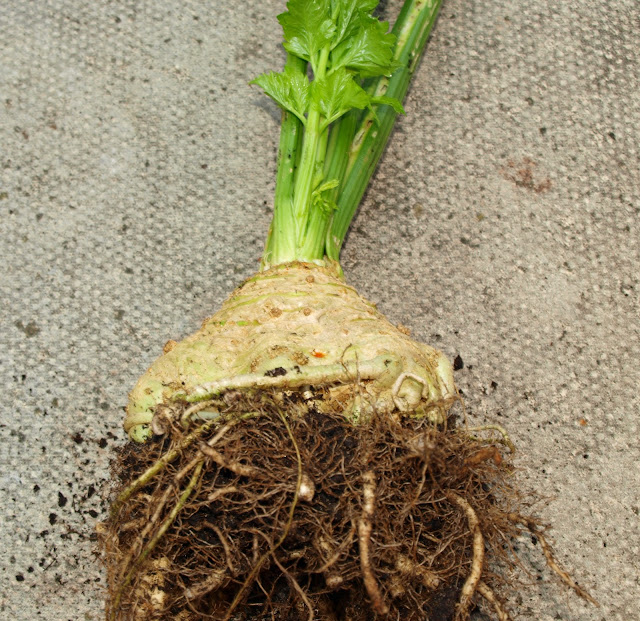 Here is a bulb posed next to a tennis ball, to give you an idea of its size. It's still not as big as I would have liked, but I'm pleased to report that it is better than anything I have produced before. I think the key to success is giving the plants a LOT of water, and never letting their soil dry out. 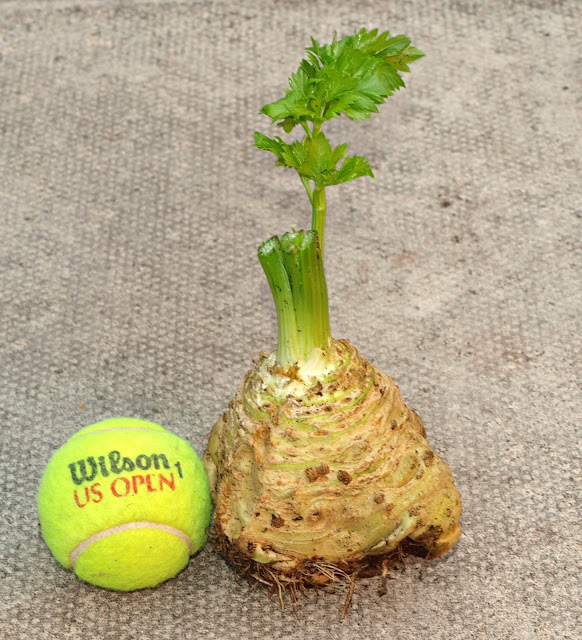 Here's the same one trimmed, washed and ready for the kitchen: 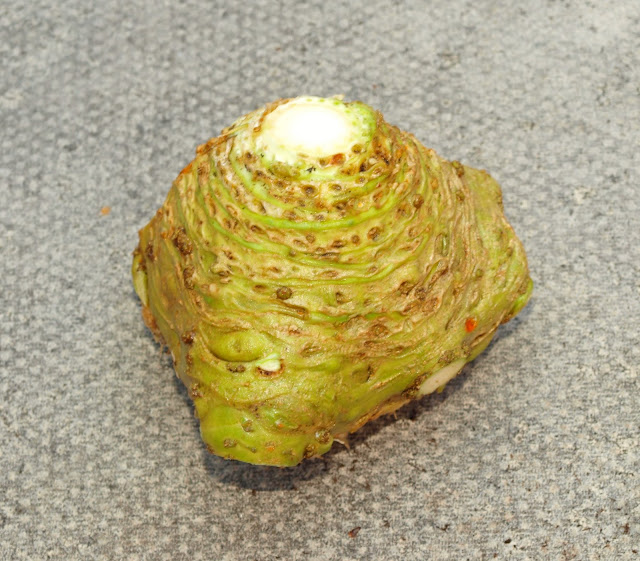 And here it is with it's cooking companions, a couple of Conference pears. They were made into Celeriac and Pear soup... 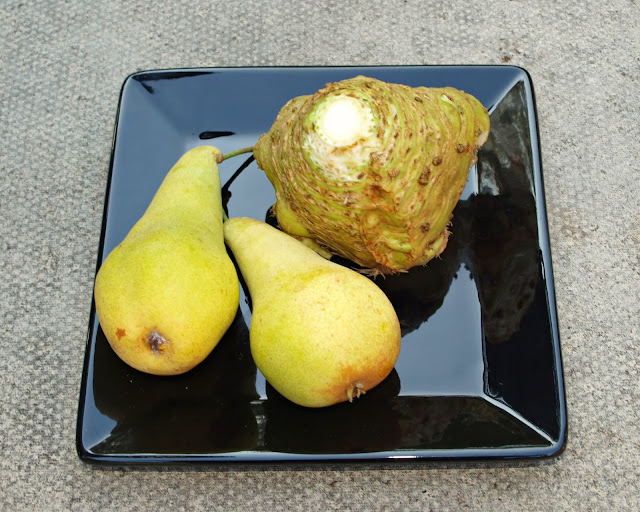 ﻿I used a recipe from BBC Good Food and the soup was a great success. It's hard to describe the taste, but the intriguing combination of sweet and savoury flavours was exceedlingly delicious. 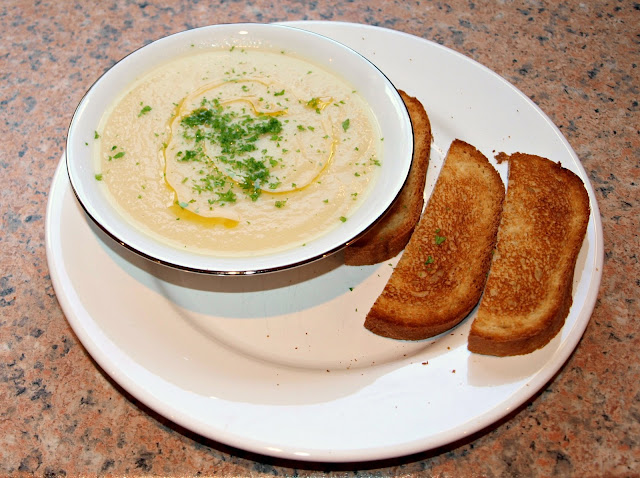 The colour of the soup was unremarkable so for added "cheffiness" I adorned the finished item not only with a sprinkling of chopped parsley, but also with a swirl of my home-made Chilli Oil.