With the Autumn weather firmly in control now here in the UK, I have been doing a number of end-of-season tidying-up jobs.

I pruned my Buddleia, cutting it back very hard. Even though it's the first year I've had this plant the branches had grown very long and straggly, and I thought that they might offer so much wind-resistance in those inevitable Winter gales that I would be well advised to trim them back, to avoid root-rock. 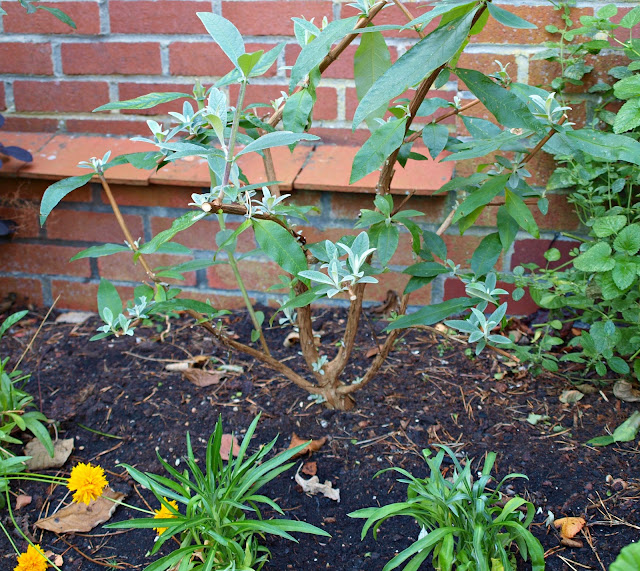 I cut the branches just above a leaf node, and I expect that next Spring two new branches will grow from each of these points, hopefully making the bush more compact.

In the foreground of the photo above you can see the tops of some Wallflower plants that I put in recently. They won't flower until next Spring, but they will add a bit of colour early in the year. In England, Wallflowers seedlings are often sold in bunches of bare-root plants. I bought two bunches (nominally of 10 plants each, but actually containing more than that) for £2.99 each. I think that is pretty good value. I've put a few of them into big pots so that I can move them around the garden when they start flowering:

When trimming the Buddleia I found a little seedling, which I have potted up. Maybe it will grow and give me another lovely Buddleia bush for next year. It has some way to go still - that's a 5" pot! 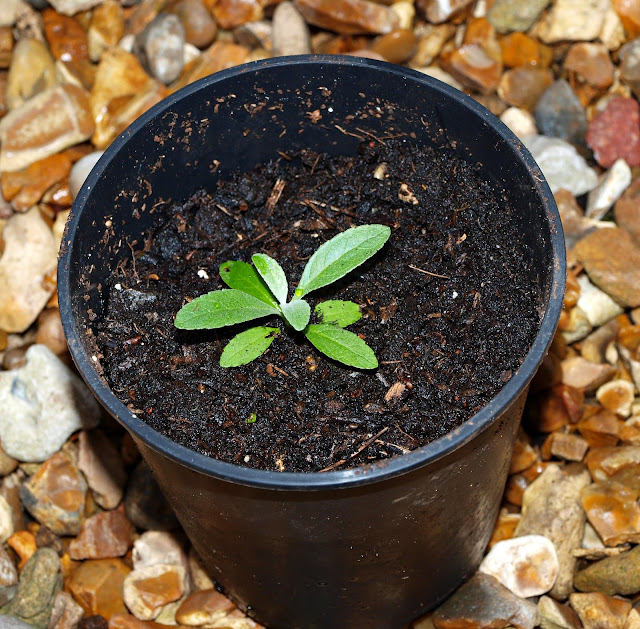 Another long-overdue job was to transplant the Land Cress. This should have been done ages ago, but I didn't have a suitable place for it, so it has been languishing in a deep seed-tray on the patio. Thankfully I have remembered to water it frequently. I just scraped a shallow depression in a slot in one of the raised beds that had become vacant, and slid the whole seed-tray's-worth in to it in one lump. 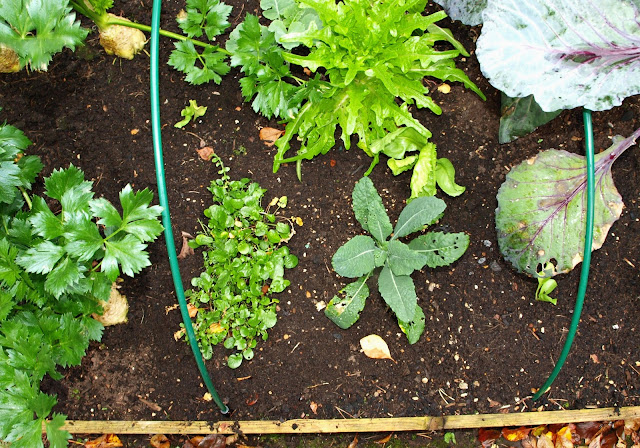 There are actually about 12 plants, but their roots have become hopelessly inter-twined, and I thought that separating them would do more harm than good. 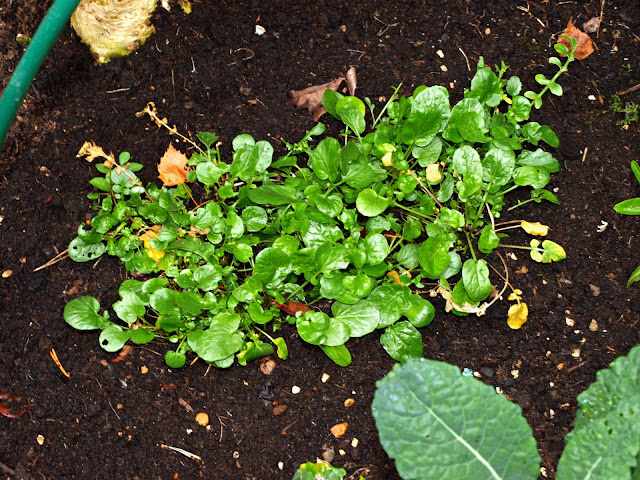 Land Cress is pretty hardy, and being in such a compact mass it will be easy to protect from frost and snow, so with a bit of luck I will get some decent pickings from it for some months to come. Unlike Water Cress it doesn't need running water, but it does like "moist" conditions. Shouldn't be too much of a problem in a UK Winter, should it??

One other job I did recently was to plant my bulbs for next Spring. This isn't very photogenic, so I'll just tell you what I planted:
Mixed Narcissus (Daffs to you and me)
Dwarf Narcissus "Tete-a-Tete"
Iris Reticulata - Dwarf Iris in other words - a mixed pack
Crocus - three different types
Snakeshead Fritillaries

One little trick that you might like to know about is this: I planted quite a lot of bulbs around the base of the Crab Apple tree just outside our front door, but having assessed this as a high-risk area for disturbance by cats / foxes, I covered the area as much as possible with some wire shelves from my little plastic greenhouses. I pegged them down too, for extra security. I just hope the local teenagers don't take a fancy to them... 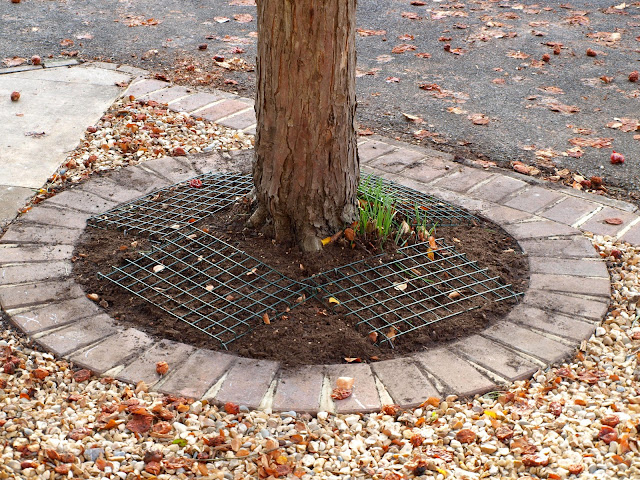 When the bulbs begin to come up through the wire, I will remove the grilles, because I'll be needing them for their original purpose at about that time.

Looking at that last photo makes me grimace as I remember how many times I had go clean up a huge mass of fallen Crab Apple fruits! They came down in huge droves over a period of about a month, so I was out there every few days picking them up. They quickly go mushy when they fall and then it's hard to avoid bringing apple mush into the house on your shoes, so the Apple Patrol is a very necessary (but still unpleasant) task.

Oh yeah, and I've just remembered that I now need to collect up all the leaves from the Maple tree...
Posted by Mark Willis at 17:30