Powdery mildew is a fungal disease that affects a wide variety of plants, particularly the cucurbits (squashes, cucumbers, marrows etc). Regrettably it seems to have got more common in recent years, and I have noticed several other bloggers in the UK writing about it recently.

This week I noticed an outbreak of powdery mildew on one of the sage cuttings growing in my garage. How the fungus got in there is anyone's guess. I thought these things would probably be wind-borne, and had therefore expected the garage to be a fairly safe place, but... 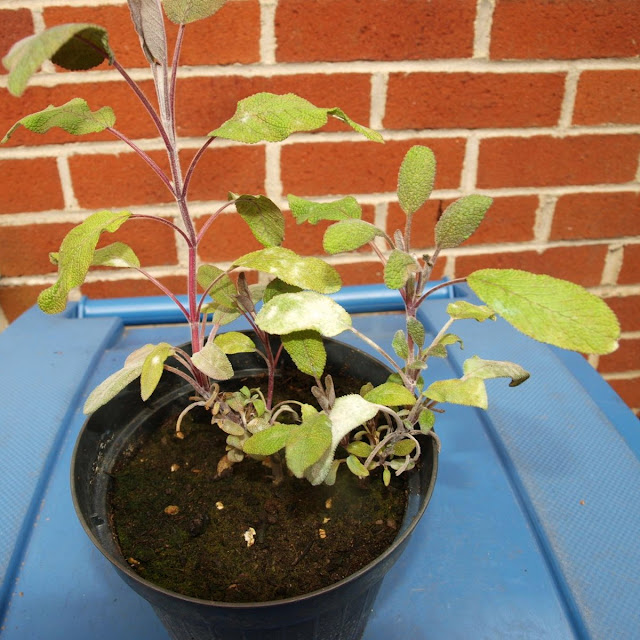 There's no mistaking powdery mildew - it looks exactly as if someone has sprinkled the plant with talcum powder. 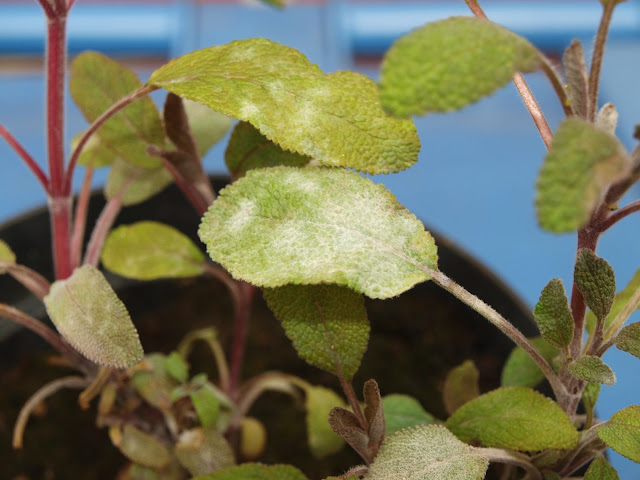 I have treated this plant with a proprietary anti-fungal spray, so maybe it will survive, but I think I will try to isolate it to prevent further spread of the fungus. It is also said, by the way, that spraying plants with a mixture of milk and water can sometimes be effective in the early stages, so I might try that too.

One of the key aspects of preventing powdery mildew is good watering, since plants with excessively dry roots are more vulnerable. This is certainly something to watch with plants of the cucubit family, which have big leaves that sometimes make getting water to their roots more difficult than you would expect. [See my earlier blogpost called A deep thirst? for a way of overcoming this.]

There is a good article about powdery mildew, by Lucy Halliday, in the June edition of The Kitchen Garden magazine.
Posted by Mark Willis at 17:30