I have harvested the first marrow from my "Bush Baby" plant. 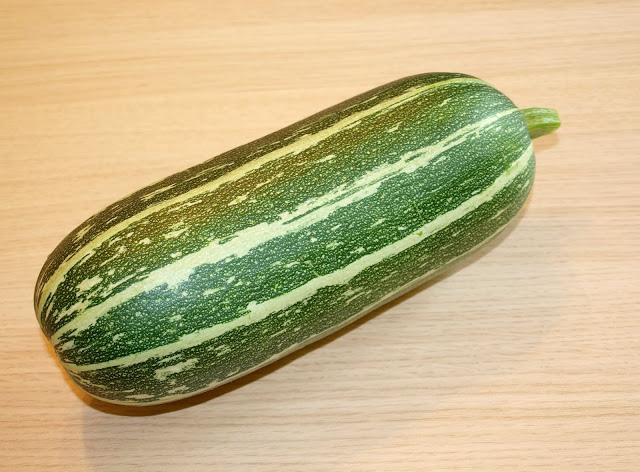 OK, without  anything by which to judge the scale, this could be just a mere courgette, so here's the scale 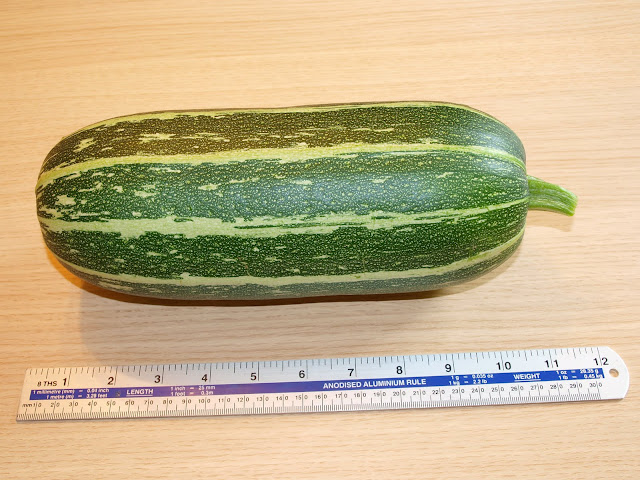 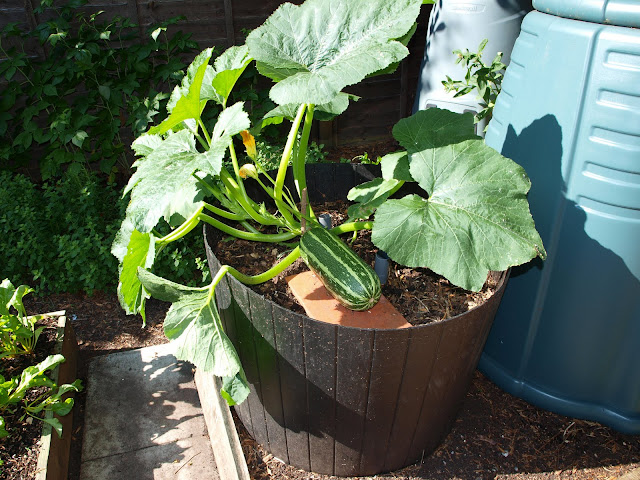 Actually, size DOES matter. Here's why. 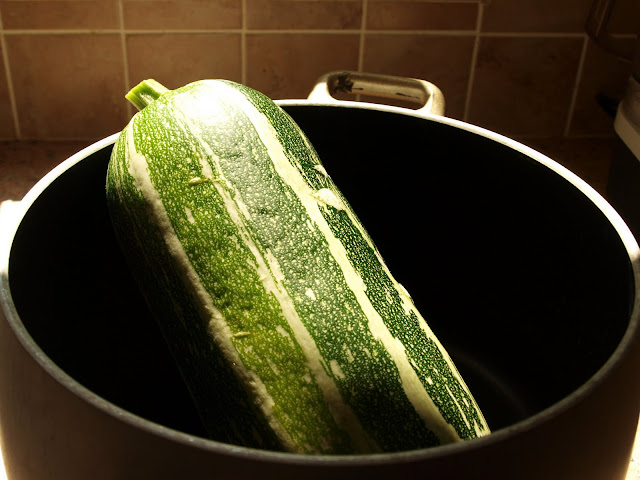 Jane wanted to use this marrow for one of our favourite recipes - marrow stuffed with spiced rice and minced beef - for which the marrow is basically kept pretty much whole. It needs to be par-boiled first. You need a big pan for this!

Having par-boiled the marrow whole, and allowed it to cool, you then slice off the top and scoop out the seeds.

﻿
You then fill the cavity with a mixture made with rice, minced beef, raisins and various Middle Eastern-style spices, stick the top back on (secured with some wooden cocktail sticks), distribute any remaining stuffing mixture around the sides, cover the whole thing with tomato passata and bake it.
﻿ 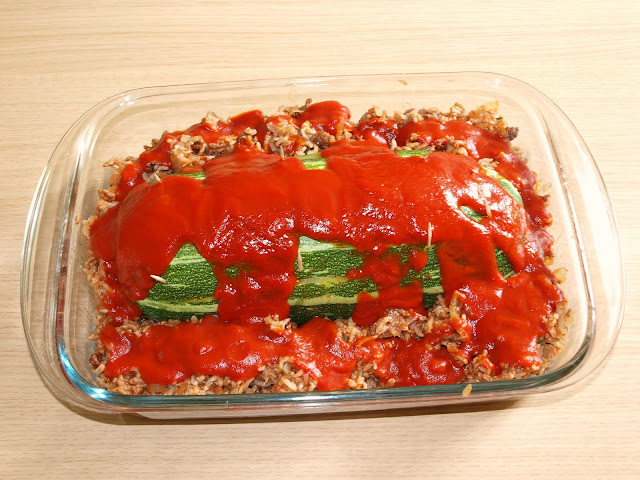 ﻿ ﻿
We ate the dish with some home-grown Tenderstem broccoli and some home-baked bread. Delicious!

I also wanted to show you my marrow's scars. That sounds bizarre, I know, but you may remember that I wrote about having noticed what I thought were tooth-marks on the marrow when it was young. The wounds healed over as the marrow grew, and formed scars. Here is the evidence. 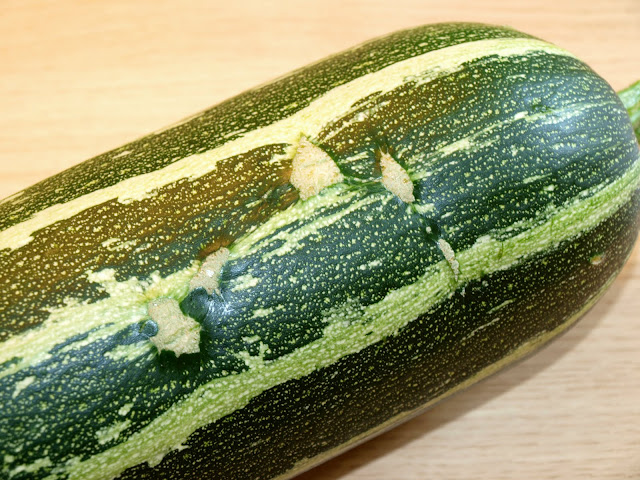 Poor old "Bush Baby" is back to Square One now, since no other fruits have formed yet. Hopefully some more will appear as the season progresses. [My antics with the manual pollination the other day were unsuccessful, regrettably.]
Posted by Mark Willis at 17:30