During our recent holiday in France we made a trip to the picturesque hilltop village of Grimaud, near St.Tropez. I know that this is a bit off-topic for me, but I feel that many of my readers may be interested in seeing something other than the contents of my veg plot for a change!

Actually, I should say that Grimaud was our second choice for an outing destination. We had originally gone to a place called Bormes les Mimosas, but when we got there we found it swarming with police and secret service agents, and very few real people. It turns out that the French president, Nicholas Sarkozy, had also chosen that day to visit! It was obvious in which restaurant he was going to have his lunch, since it was well and truly cordoned-off. The casual tourists were very evidently not welcome. So, driving on, we came to Grimaud....

The tour started in the car-park just below the castle. We didn't have the energy to go up to the castle - and anyway, it was nearly lunch-time! 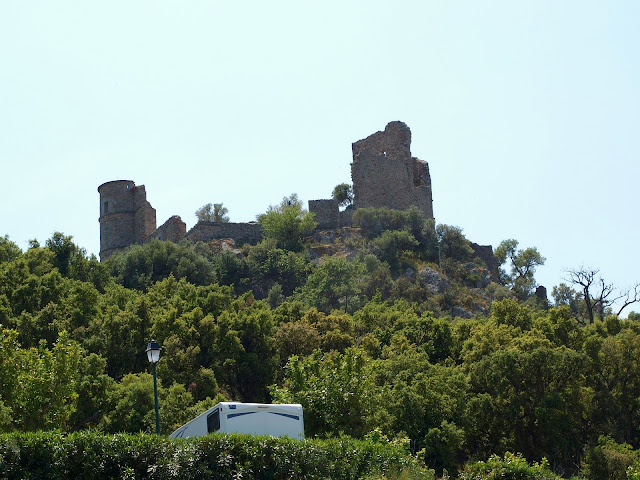 Past the chucrh - squat and solid 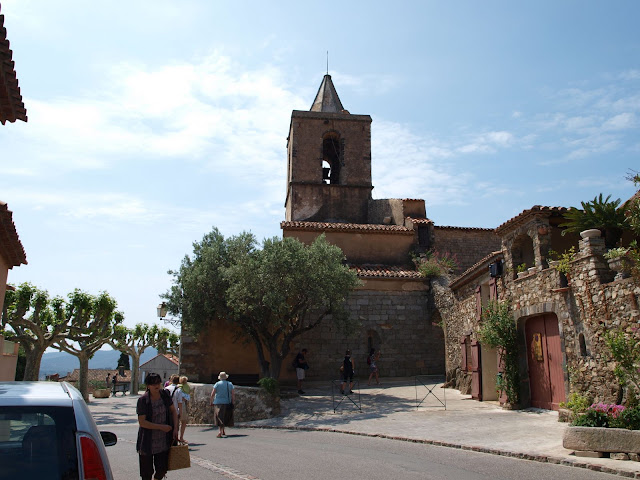 Into the village itself - a maze of steep, narrow roads and alleys 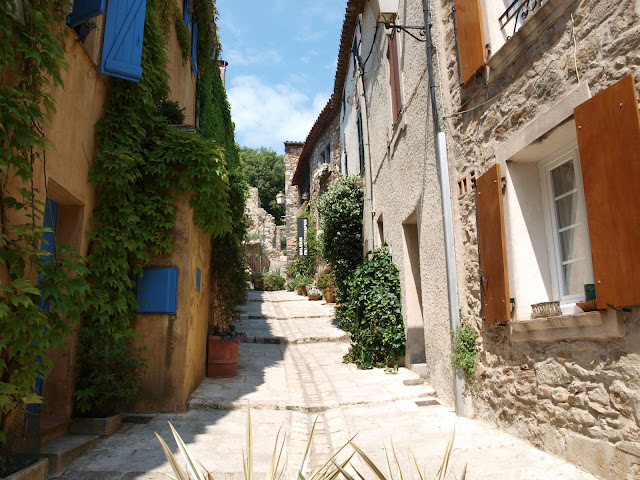 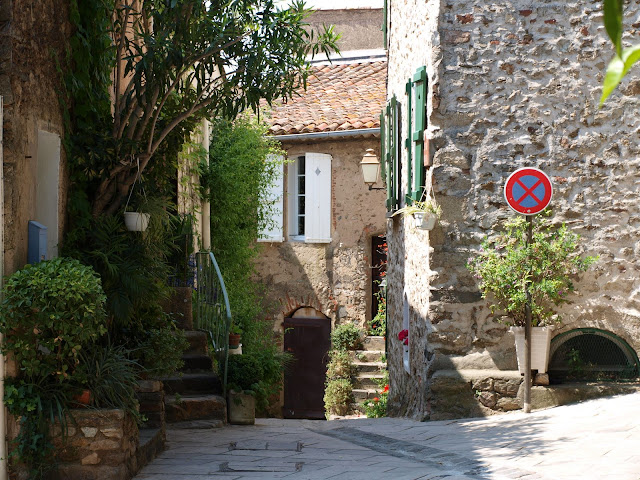 Many of the buildings were festooned with climbing / hanging plants, amongst which Bougainvllea was prominent. 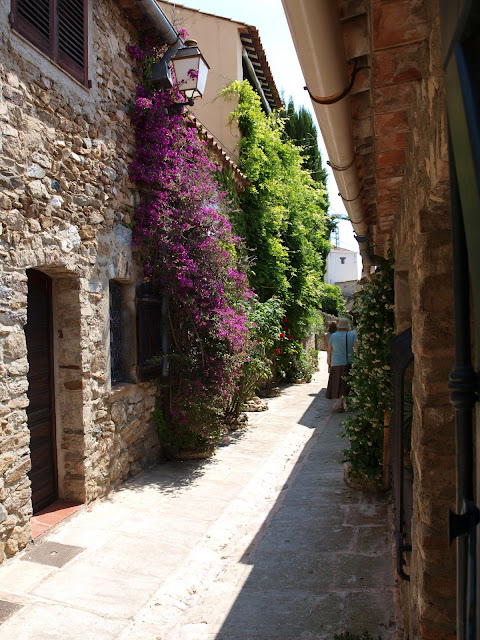 Past the iron-work bell-tower 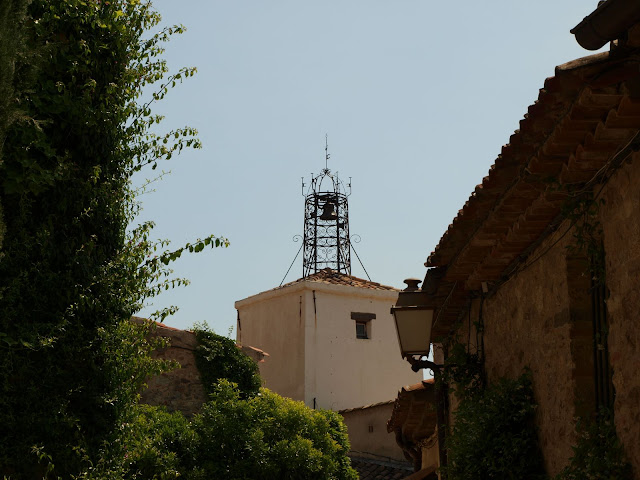 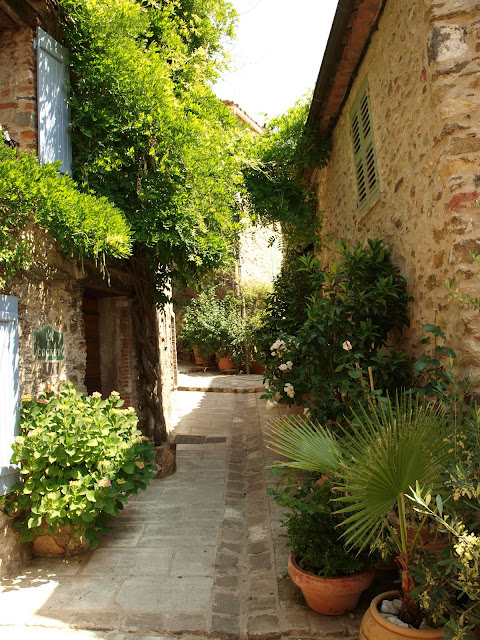 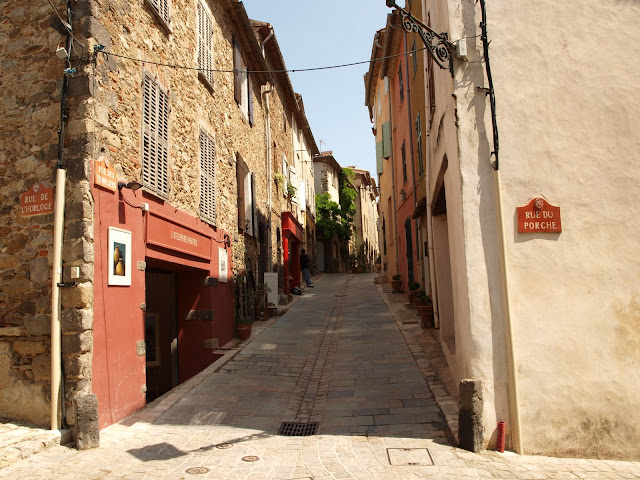 Lunch in a little cafe / bistro. Lara enjoyed the pasta... 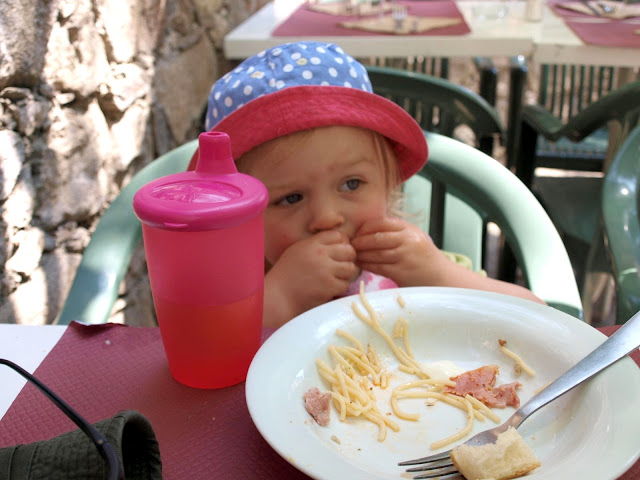 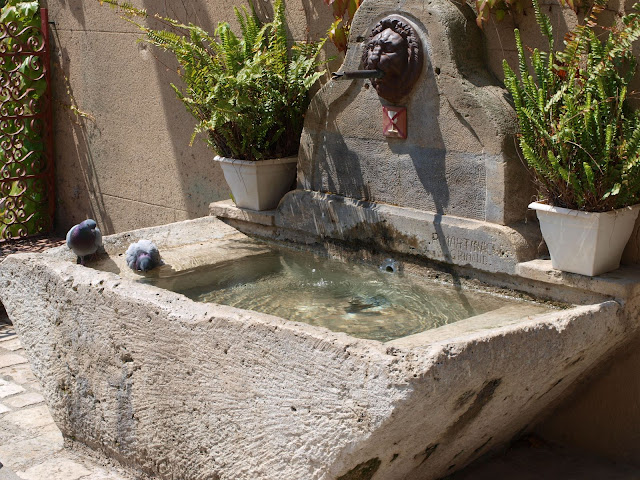 And a pretty, (but shy) cat, lurking in the bushes. 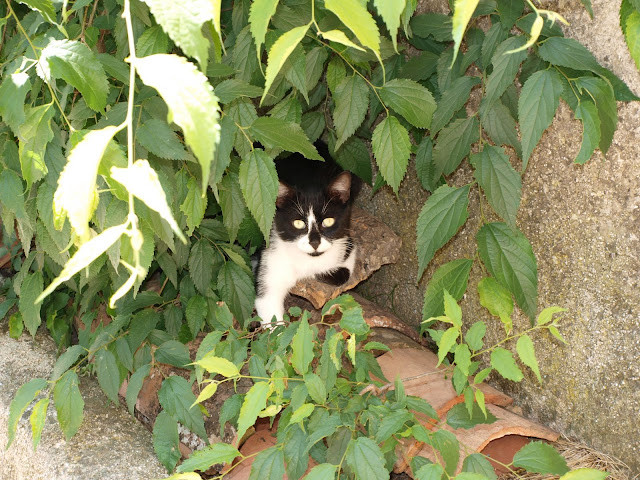 After lunch, back to the car by a different route - casting some envious glances at the terrace of the rather more posh "Cafe de France" where we could probably have had a pretty fancy meal if it had been a suitable oocasion... 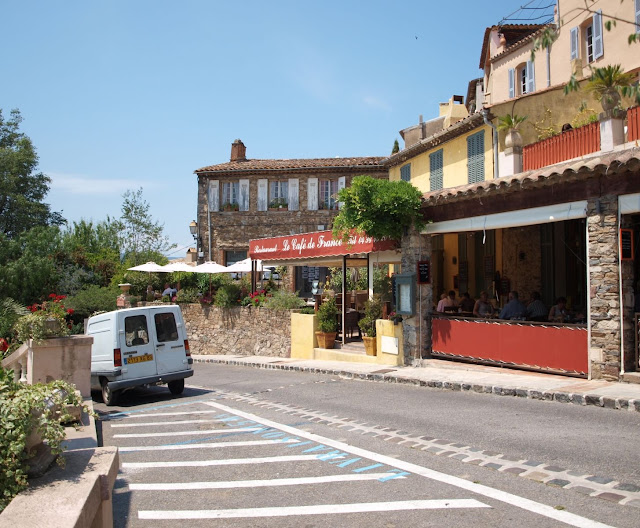 Every now and then you could catch a glimpse of the distant countryside down below, through a gap between the houses. 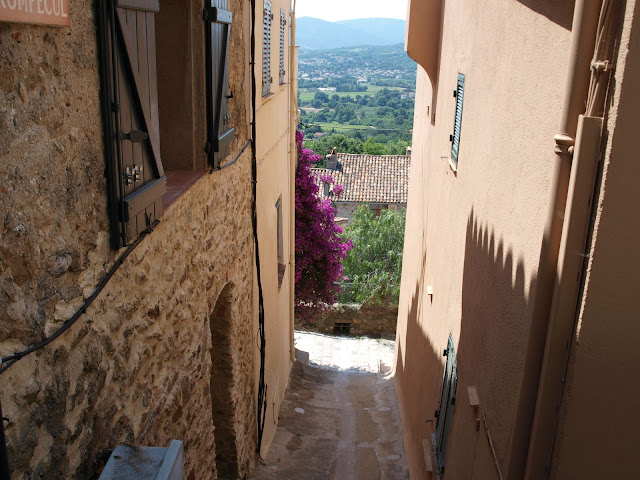 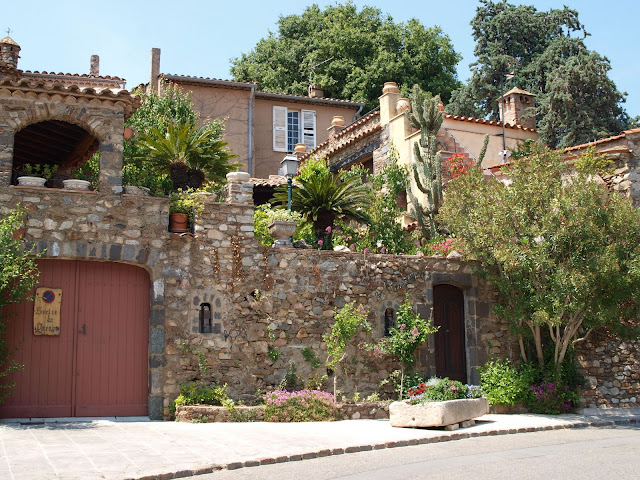 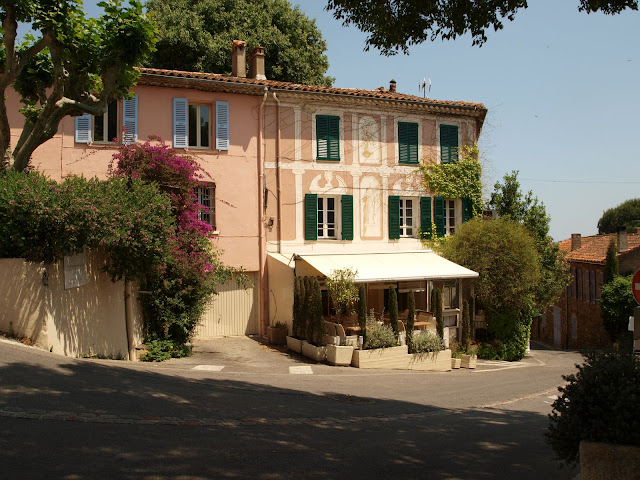 Back past the church again, completing the round tour. 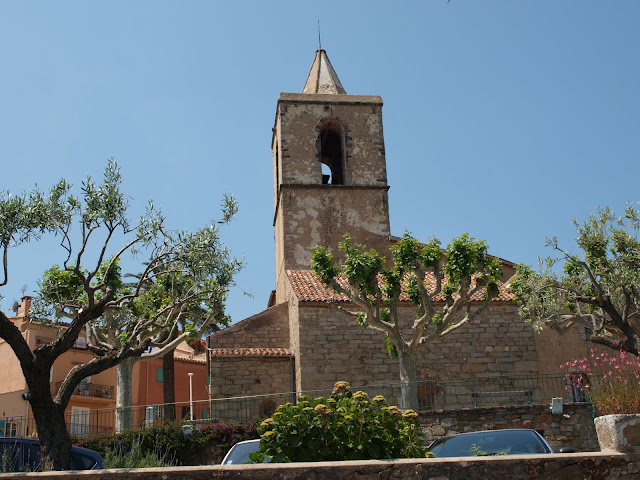 ﻿Wherever you look in Grimaud, there are neat, colourful, elegant houses and gardens. I was struck by how "house-proud" the residents must be. Everything looked tidy and well-maintained, and not tatty and down-at-heel like some tourist destinations you go to. Well worth a visit if you happen to be in that part of the world...
Posted by Mark Willis at 17:30