When you don't have a lot of space you need to use it efficiently. My garden is small, so I make sure that it is as productive as possible, and this means getting more than one crop per year from every piece of ground.


In the last couple of weeks I have started harvesting several of my vegetables, and I am now beginning to fill in the resulting gaps with more plants. This, for instance, is the bed in which most of my Broad Beans were grown (the ones so badly affected by the Blackfly). 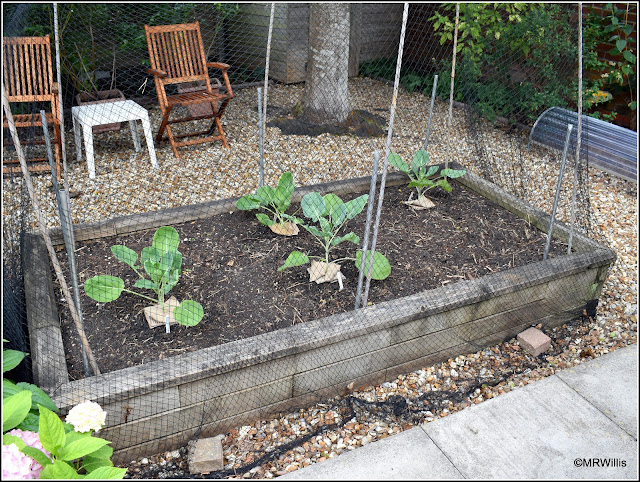 The Broad Beans have gone, and in their place I'll be growing brassicas. I have already planted four Brussels Sprout plants, and the empty spaces in two of the corners are reserved for Purple Sprouting Broccoli, which is currently a little too small for planting out.


Each of the Brussels Sprout plants is protected by a rudimentary collar, made from cardboard, which will hopefully deter the Cabbage Root Fly from laying its eggs in the soil next to the plants. 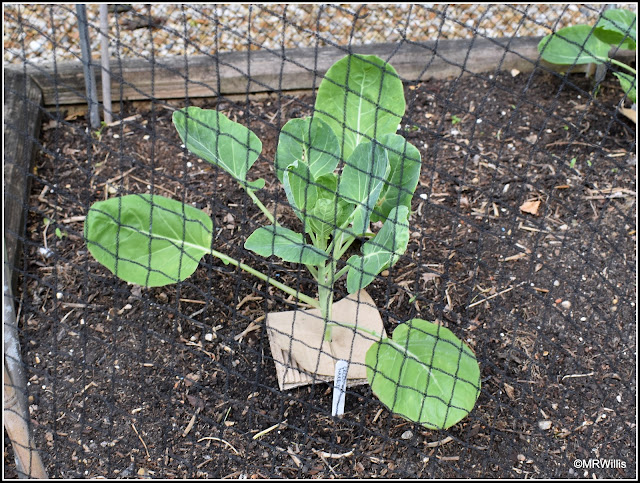 Elsewhere, the spaces left after harvesting Lettuce and Kohlrabi are being filled with more Kohlrabi seedlings. 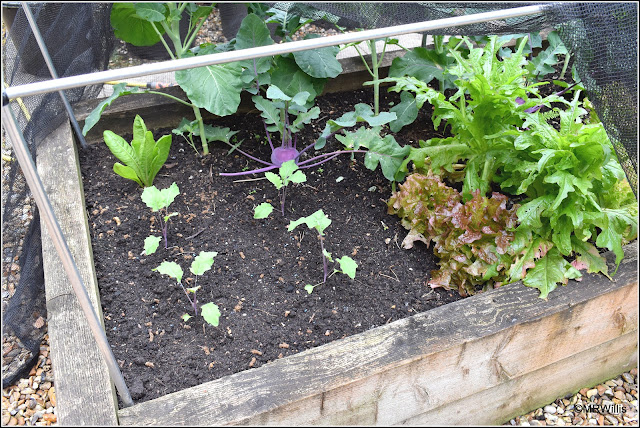 We have particularly enjoyed eating the Kohlrabi, so I'm glad I had the foresight to sow a second batch! A couple of days ago Jane made some of it into a Kohlrabi gratin, with a bechamel sauce, which was delicious.

So far I have put in four more plants, spaced at about 30cm in each direction. 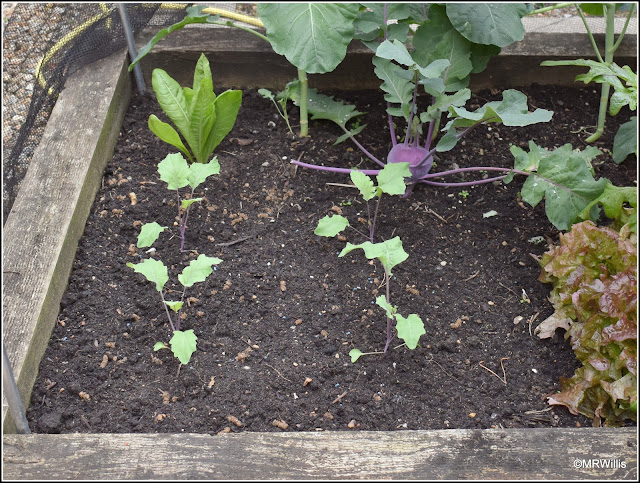 I have four others coming along, but there is no room for them yet.


At the other end of the same bed, my Radishes were replaced about a month ago with a trio of "Greyhound" Cabbages, and last week I also managed to squeeze in three clumps of Swiss Chard. 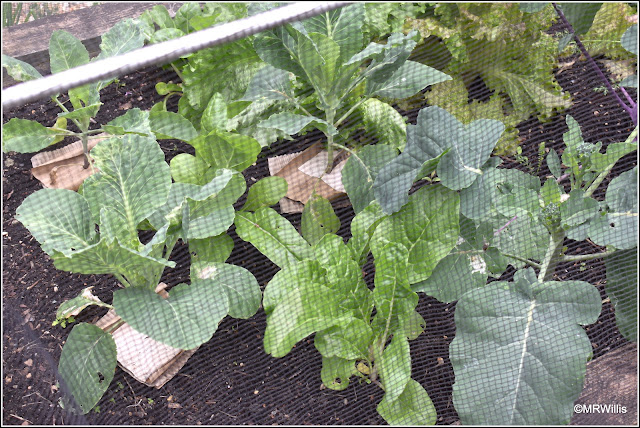 Just a word of caution here: There is a balance to be achieved between maximum productivity and over-crowding. My bed here is verging on the latter, and if I had more space to play with I would definitely keep my plants further apart. Also, because I grow so intensively I'm always careful to keep adding nutrients to the soil - preferably in the form of home-made compost, but failing that commercial pelleted chicken manure  and Growmore general-purpose fertiliser. 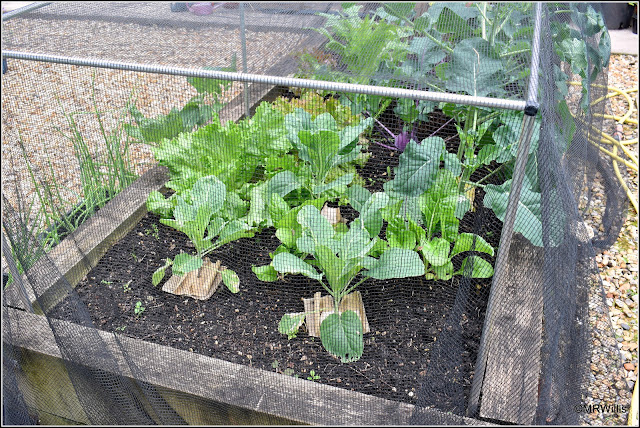 Several of my big 35L pots are becoming vacant now, as I harvest potatoes. I have sown some Radishes in a couple of them, in the hope of getting a quick crop.


To be honest, I have never yet had a good crop of Radishes from a container (as opposed to ones grown in open soil), but I may be lucky one day!

There's one other thing I want to show you today - my Asparagus. I only have 3 crowns of it, and they too are growing in a big container, because of soil problems. The Asparagus season traditionally finishes at the Summer Solstice (20 / 21 June), so I am not cutting any more spears this year. If you leave the spears to grow, they develop into tall feathery ferns, so I'm supporting mine with a bamboo cane and some string. I'll give the plants a good feed in the next few days too, to help them build up their strength for next year. 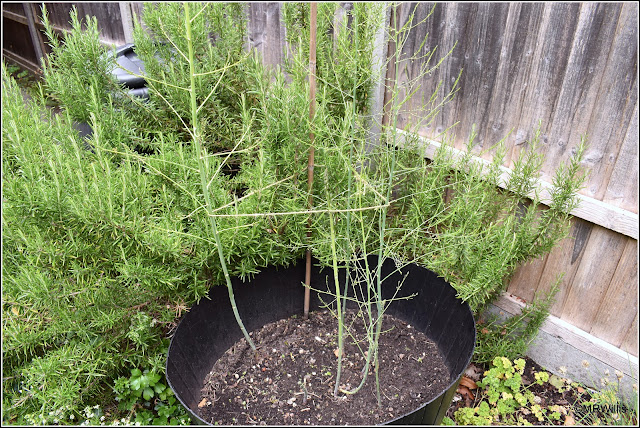