Lettuce is traditionally the mainstay of many salads, and we use a lot of it in our household. I do my best to make sure that we have lettuce available throughout the Summer months. 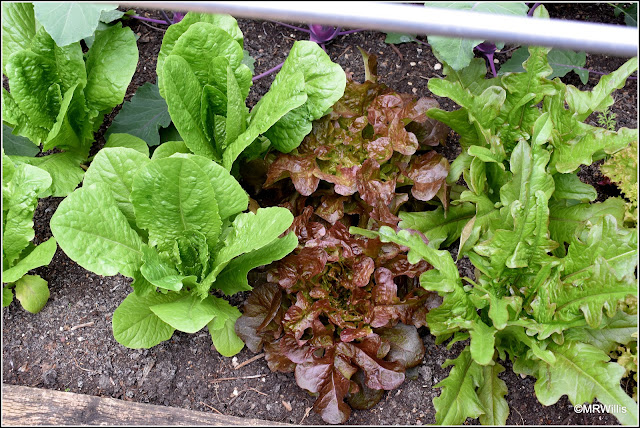 Over the years my lettuce-growing efforts have met with mixed success. The soil in my garden is very sandy and dries out very rapidly. Lettuce don't like that, and they often bolt (run to seed prematurely) because of it. I like to increase my chances of success by growing lots of different varieties - though obviously only a few of each. This year I have devoted a half of one of my raised beds to growing lettuce, which gives me space for about 16 - 18 of them at any given moment, depending on size. 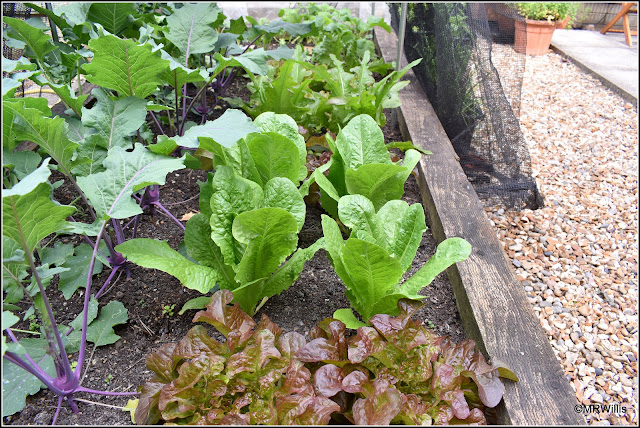 Here's a rundown of what types I have this year...

First is "Saxo", a looseleaf red/bronze variety which lends itself to the "cut and come again" method of harvesting, whereby you take just a few leaves at a time rather than cutting the whole lettuce off at the stem.


Then we have "Lobjoits Green Cos", a Cos / Romaine type. These are typically harvested whole.


Next, "Cocarde", a green and bronze oak-leaf variety, which grows very big if you allow it to.


When I planted these four I thought they were all the same (they came from a mixed pack), but they aren't. There are three of one type and one of another. 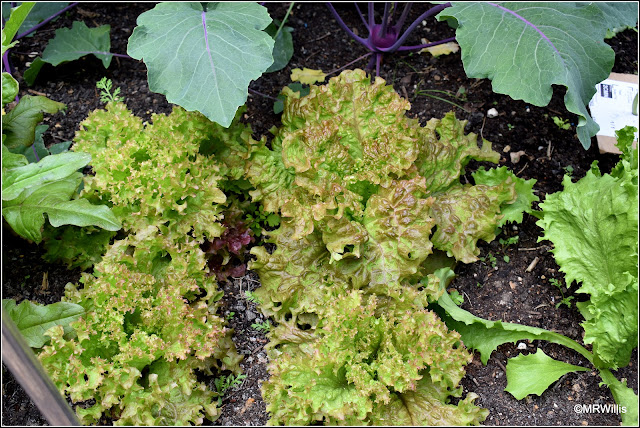 The three are like this. I reckon they are "Lollo bionda" or something similar. Certainly soft and frilly! 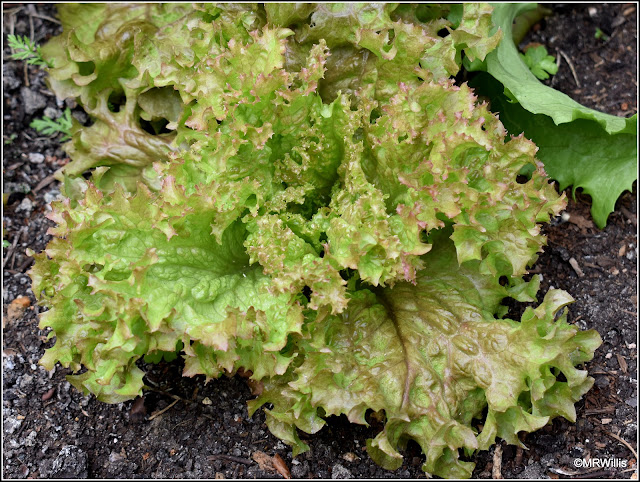 I believe the odd one out is "Yugoslavian Red". The remains of a pack of that variety went into the mixed sowing. The leaves are bigger than the previous one, and more "blistered". 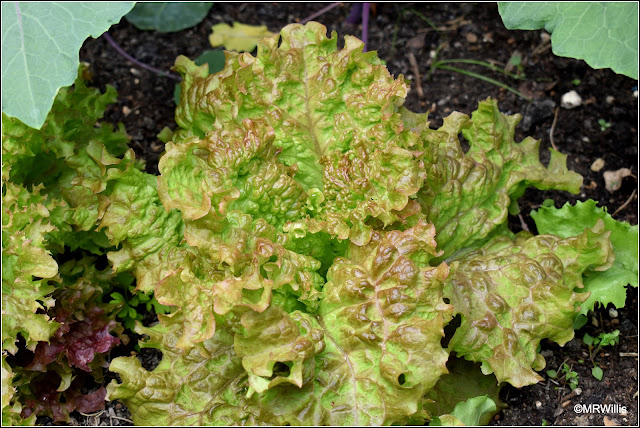 Right at the end of the row I have a pair of "Great Lakes", an Iceberg type. These were planted later than the others so they are currently much smaller though they will hopefully get very big in due course. 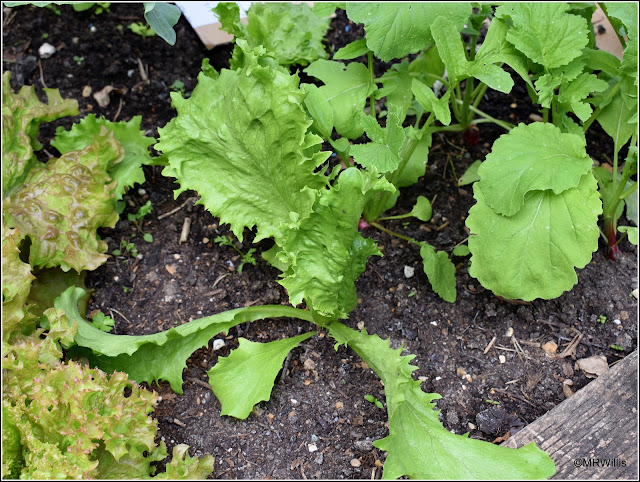 Most of the lettuces pictured above are nearly ready but not quite. In the interim we have been making the most of this tray of "Baby Leaf Salad" - in reality the leftover seedlings of "Saxo" and "Lobjoits Green Cos". 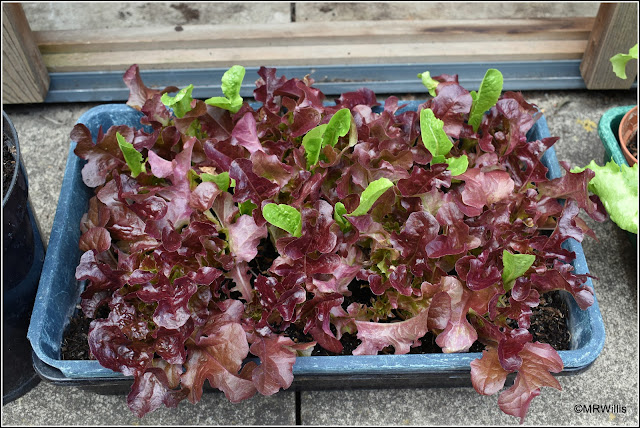 I have cut leaves from that tray of lettuce so many times! It's actually a very economical way to grow lettuce, both in terms of cost and in terms of space. I've kept mine productive by giving it an occasional dose of seaweed-based liquid fertiliser.

One of the keys to success with lettuce is successional sowing, sowing little and often so that you don't end up with a glut. Waiting in the wings is my next lot of seedlings, ready for planting as soon as space becomes available. 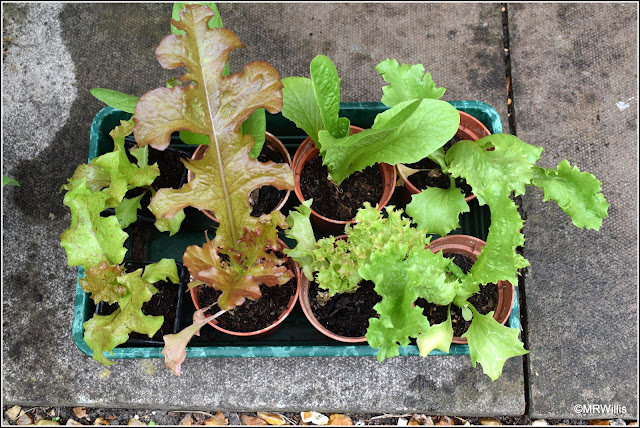 I also have another tray of tiny seedlings, only recently germinated, so we're not going to be short of lettuce any time soon! 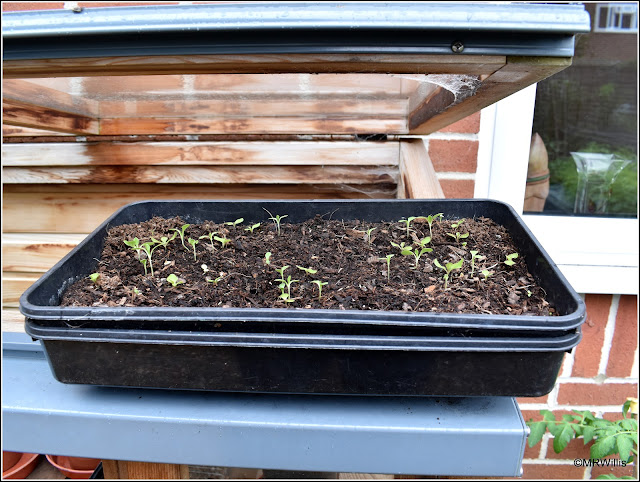