I got some Broad Beans after all!

Despite the devastation wrought upon my Broad Beans by the Blackfly, I still managed to salvage a few beans! 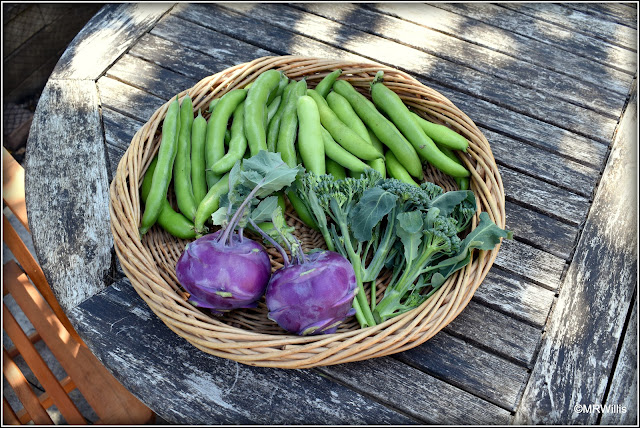 The ones from the Blackfly-damaged bed are the shorter, fatter lighter-coloured ones seen at the left in the photo below. They are mostly "Witkiem Manita", because the "Express" ones yielded almost nothing. The darker-coloured beans on the right are the first of the "Imperial Green Longpod" ones, which have so far got away with only minimal Blackfly infestation. 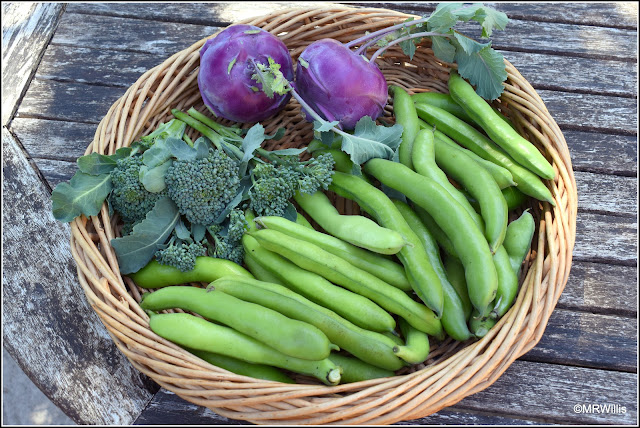 As you can see, the Broad Beans are on this occasion accompanied by a couple more of the purple "Kolibri" kohlrabi, and several spears of the Brokali and Tenderstem broccoli. The Brokali forms long, quite thin spears, whereas the Tenderstem has shorter thick juicy stems. 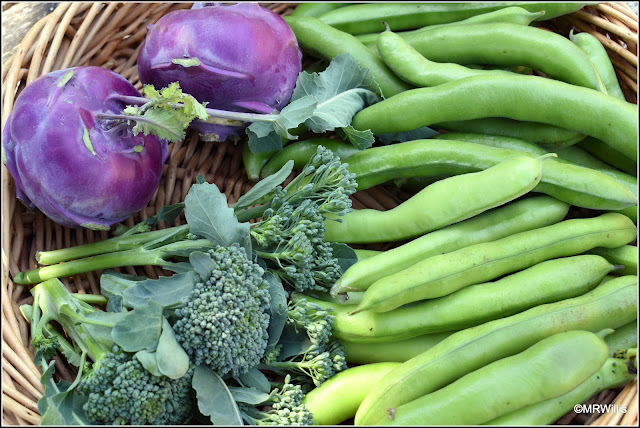 The Tenderstem is really taking off now. Since I have cut the central heads, lots of side-shoots are forming - one at each leaf axil, as seen here: 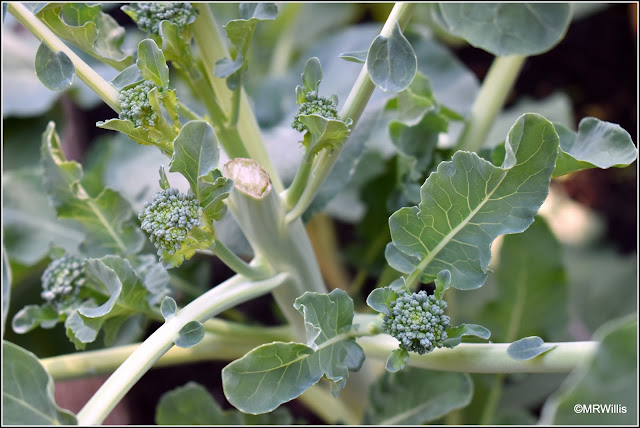 I thought you might like to hear how we have eaten these vegetables. Well, the broccoli was cooked in very straightforward fashion, simply steamed, but we have used the other two veg rather more adventurously. The beans were boiled very briefly (about 2 minutes), so that they were just tender, then decanted into a bowl and doused with olive oil, lemon juice and chopped herbs (Parsley and Savory. The latter has a sharp lemony flavour). They were allowed to cool for a couple of minutes and served warm. They were absolutely delicious eaten this way! The kohlrabi was peeled and grated and steeped in a simple vinaigrette made with oil, vinegar and Dijon mustard. It was left for an hour or so to marinate and then served alongside the Broad Beans. The combination of these two veg side-by-side was very pleasant indeed.

This week I have also harvested more of the young onions - I hesitate to call them "Spring Onions"! 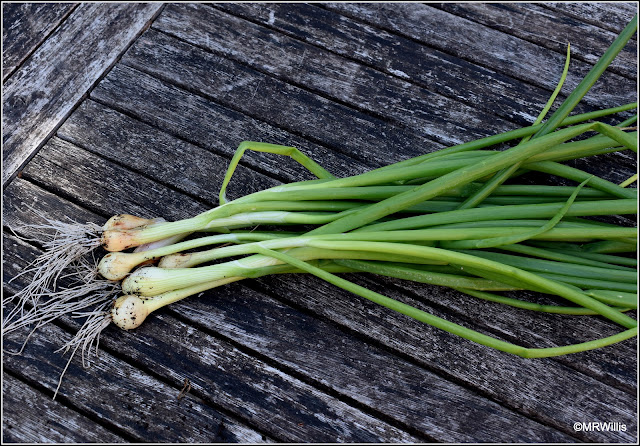 This particular batch went into a Chinese-style chicken and mushroom stir-fry. 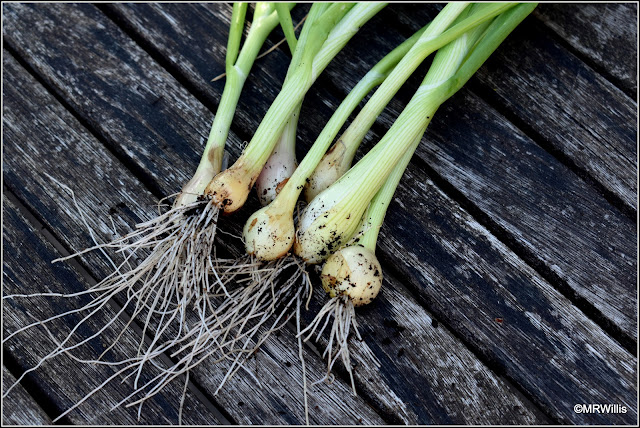 Although I have written quite recently about harvesting new potatoes, I want to include a mention here (mainly for my own records!) of the latest batch to be lifted. They were another classic First Early variety, called "Rocket". At 892g from the one 35L pot the yield was the best so far. 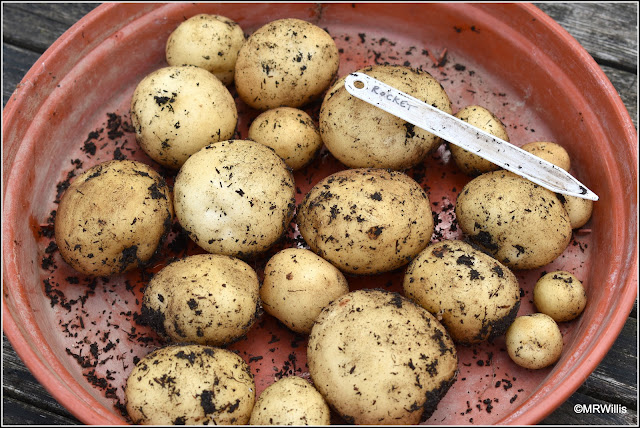 Even though new potatoes like this are very light and insubstantial, 892g is enough for two 2-person servings.

Last thing for today...a mention for my first ripe(ning) chilli. It's one of those from that mixed pack of "Cayennes". This one is going to be an orange one. 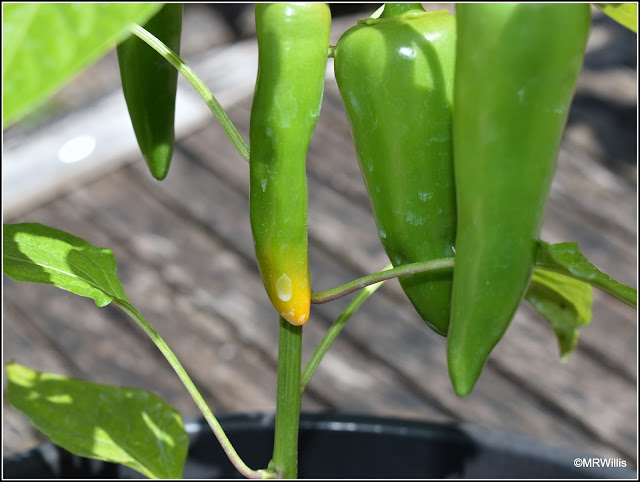