Well, this week the first of my Kohlrabi reached a good enough size for picking, so it was duly picked.


I only have six of these plants, so for me it is important to pick them at exactly the right stage. 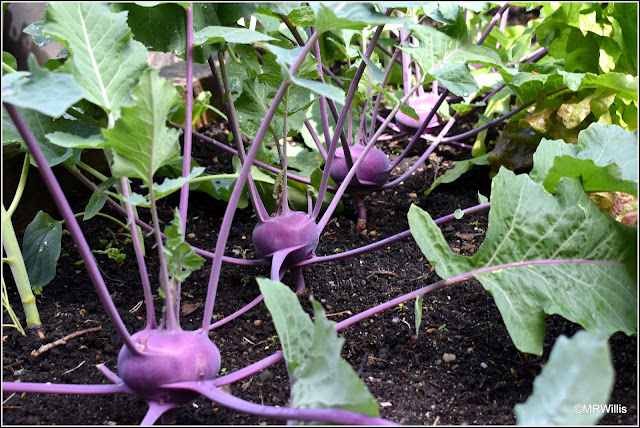 The seed-merchants always say that Kohlrabi is best when it's the size of a tennis-ball, so I made sure that mine conformed to this standard! 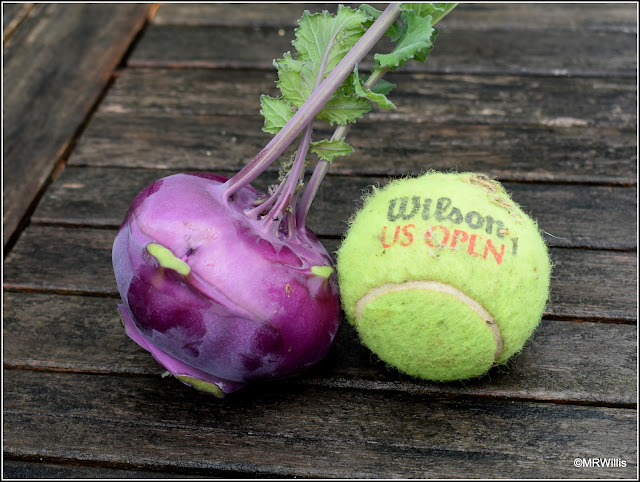 I've found that quite a lot of people here in the UK are unfamiliar with Kohlrabi, even though it is very popular in many other parts of the world. Maybe they are intimidated by the weird octopus-like appearance of the vegetable? Incidentally, it's not always this purple colour; the green version is more common. 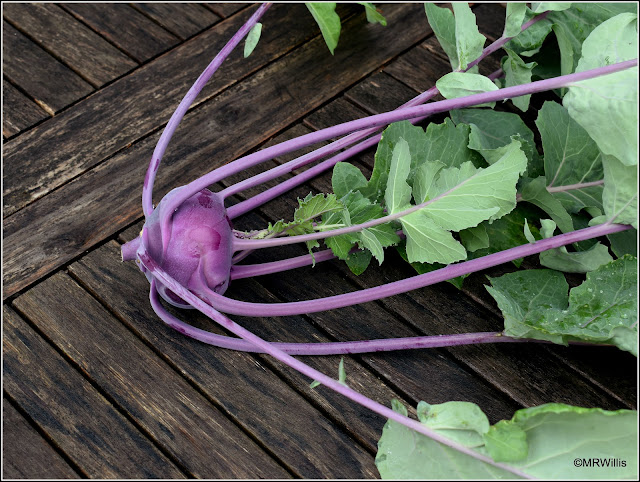 Left whole, a Kohlrabi takes up a lot of space in the fridge, so the first thing I do when I harvest one is cut off the big leaves. 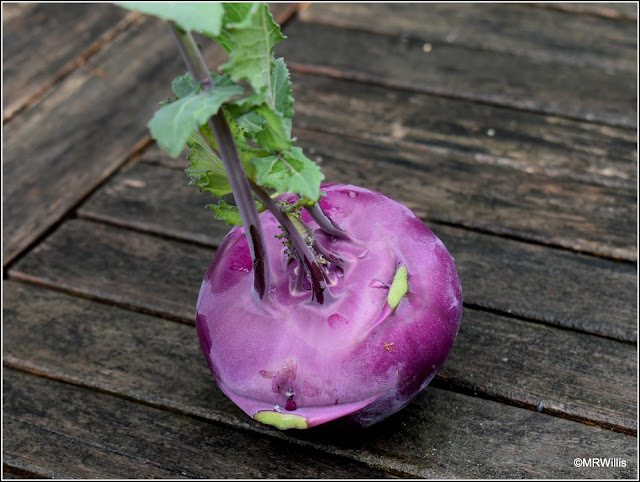 In the kitchen, Kohlrabi is a very versatile vegetable. It can be eaten cooked (maybe steamed or boiled, or sliced thinly and deep-fried in tempura batter) or raw (perhaps finely grated and coated in a sharp dressing, as a salad ingredient). The skin of young specimens is edible too, though older ones have fairly tough skins and are best peeled.

When it comes to growing it, Kohlrabi is very little trouble. Just treat it like a Turnip or any other quick-growing brassica - which indeed it is! (The name derives from the German words "Kohl" meaning "Cabbage" and "Raab" or "Rabi" meaning "Turnip".) Mine were sown on 25th March, so they have taken roughly 3 months to mature. In theory, since this is a brassica, Kohlrabi should be protected from the usual brassica pests, such as Cabbage Root Fly, and butterflies. Mine have been under a net to keep the butterflies off, but I took a risk and didn't use brassica collars for the Root Fly, and I've got away with it this time.

Because this is a quick-growing vegetable I have planned to have two crops of it this Summer. I have another batch of little seedlings which will be ready for planting out just as soon as the first batch is cleared away. Hopefully this means it will mature some time in September. 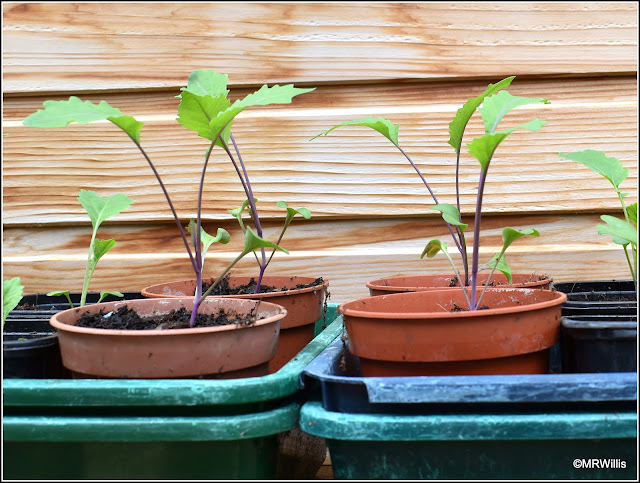