As promised a couple of days ago, I can today show off some small but nonetheless pleasing harvests.

Top of the bill are the first of my Broad Beans. 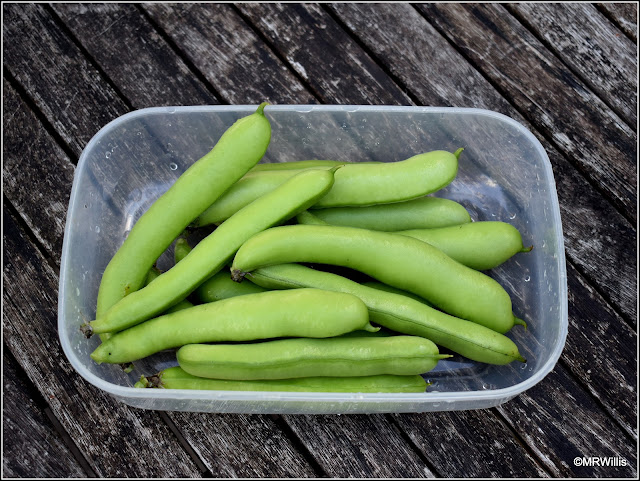 This little batch weighed 350g - enough for a two-person serving, I think. They are mostly ones of the "Express" variety, with one or two pods of "Witkiem Manita", which look pretty much identical to me!

I also cut the main heads off my three Brokali "Apollo" plants. 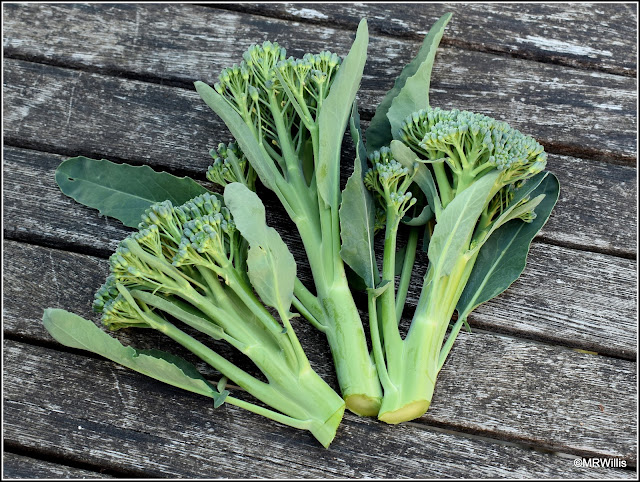 Three heads is not a big crop, I know, but once more it is enough for a two-person serving, especially since (unlike what often happens with Calabrese broccoli) the substantial but succulent stems are not discarded. My view is that small but special harvests like this are a completely different thing to bulk purchases of "ordinary" veg from supermarkets. 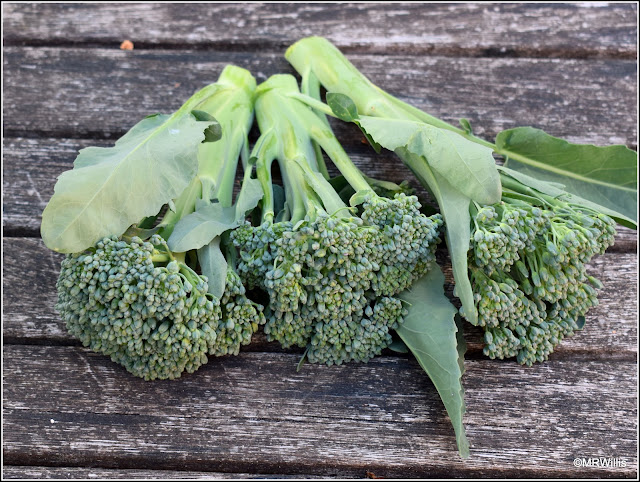 In view of my previous remark, I'd like to say that during the lockdown we have taken to buying a weekly fruit & veg box delivered by a local small business. The quality of their produce is far superior to anything we have had from the supermarkets, and the customer service, flexibility and responsiveness are first class. I suspect we will end up being permanent customers of them.

I've taken the crop from another of my pots of potatoes. These are "Pentland Javelin", another First Early variety. 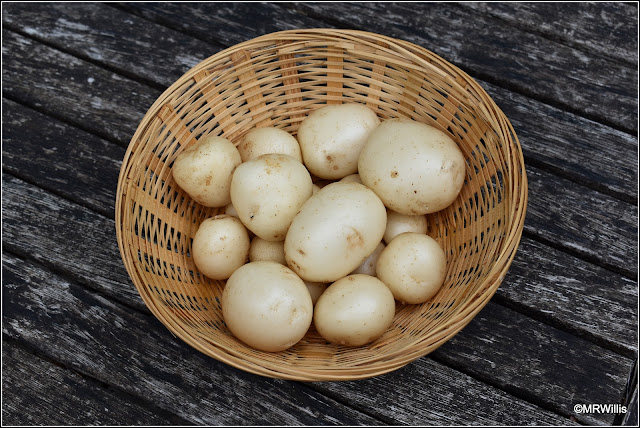 As with the "Colleen" potatoes last week, the yield from these was small - only 485g. The quality seems fine though; they are very white, and have few blemishes. 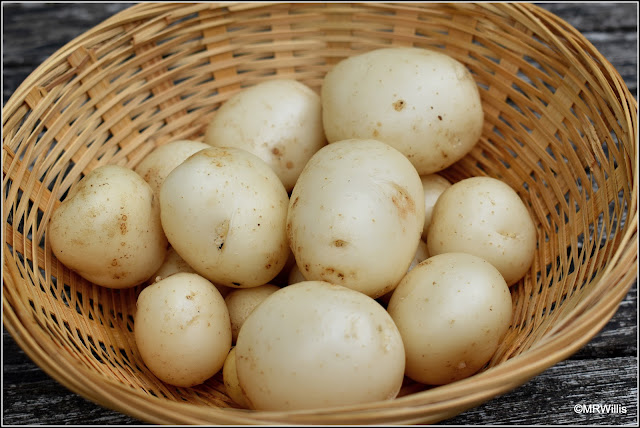 I have to say that so far I'm disappointed by the yields of the two potato varieties I've harvested. 600g for the first ones and now 485g from these. Normally I'd be hoping for 750g or more from each pot. [Two seed tubers per 35-litre pot.] I think maybe the long dry spell during late April and then most of May is probably the cause.

I haven't harvested any of the Kohlrabi yet. With only six plants it would be foolish to pick them prematurely! They need just a couple more days, in my opinion. We have had a bit of rain this week, so hopefully that will have done them some good.