I haven't posted here for a few days, but that's because I haven't been doing much gardening, mostly just watering and tying-in. The weather has been really nasty, with constant strong winds, grey skies and the odd bit of rain, though not really enough rain to make much difference to the levels of moisture in the ground. An hour after the rain stops, the ground is dry again. I've had to do a fair bit of tying-in to keep things like beans and cucumbers upright: they have had a right old battering, with several leaves being ripped off by the wind!

I have now harvested all my remaining Broad Beans. The ones from the main bed were pathetic, but those from the spare plants came good in the end. 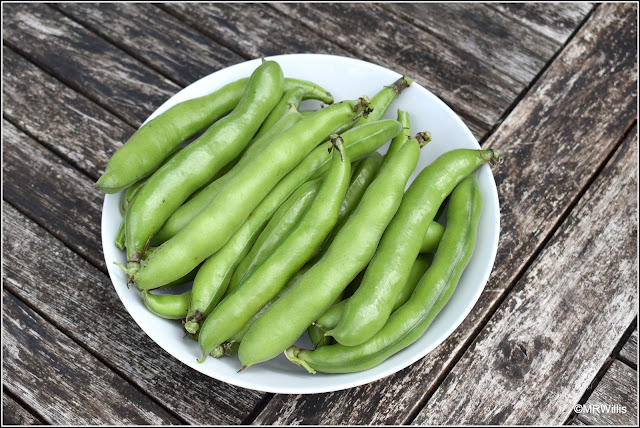 These ones were "Imperial Green Longpod", and I have to say that, nice as they were, the pods were not as long as I would have liked. I have grown this variety in the past and I remember them having six or seven beans per pods, but these ones mostly had four or five. Next year I will be thinking very carefully before attempting to sow Broad Beans again! 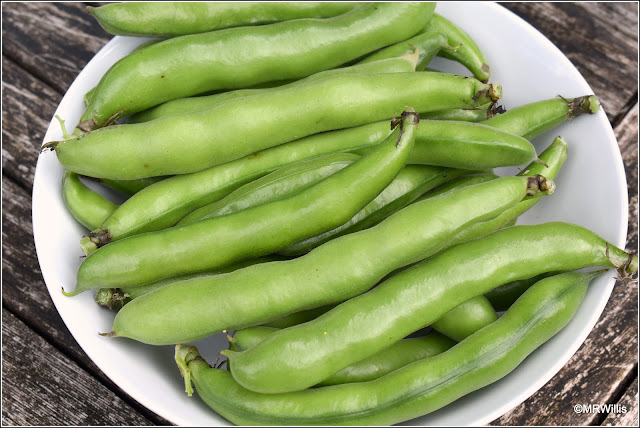 Today, I picked the very last of the Broad Beans, but also a few more nice things - a couple more of the purple Kohlrabi, a bunch of Tenderstem Broccoli, some potatoes and three different types of Lettuce. 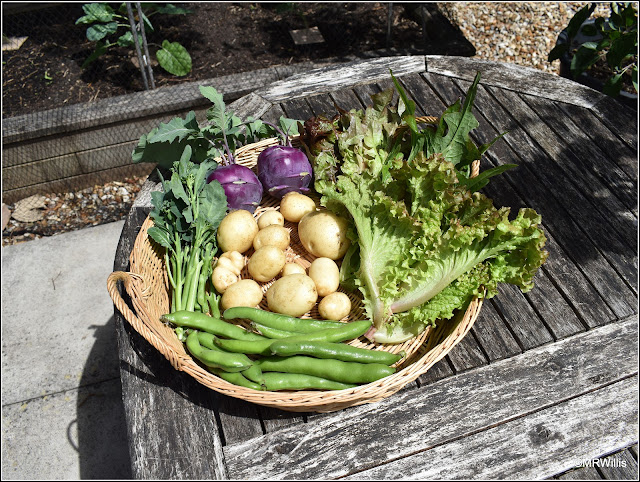 The potatoes this time are "Sherine", the last of my First Early varieties. 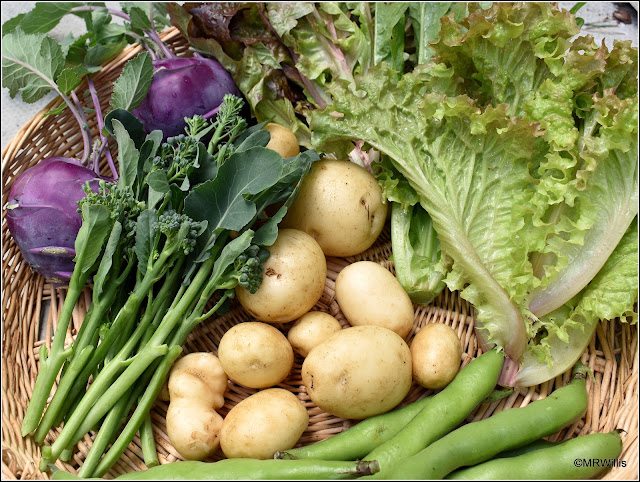 The yield was about the same as the other varieties at 750g from two seed-tubers in one 35L pot, but these are the first ones to have any irregular shaped tubers. Not that knobbly tubers are necessarily a problem, they just don't look so nice. 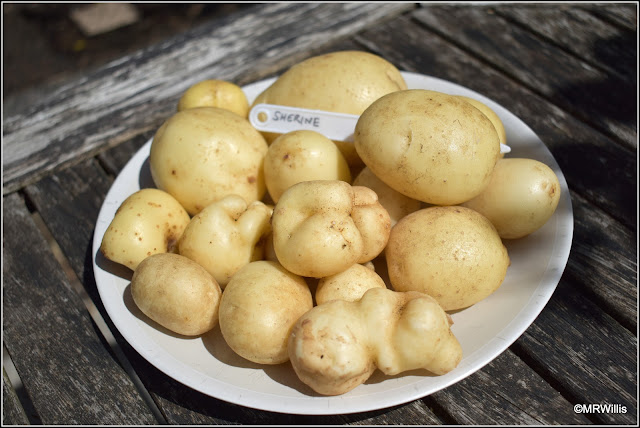 Hopefully in the next two or three days I'll be picking my first ripe tomatoes, which will be one of the highspots of the season for me.
Posted by Mark Willis at 15:15