The first of the new potatoes

There's something magical, something deeply satisfying, about digging up homegrown potatoes! 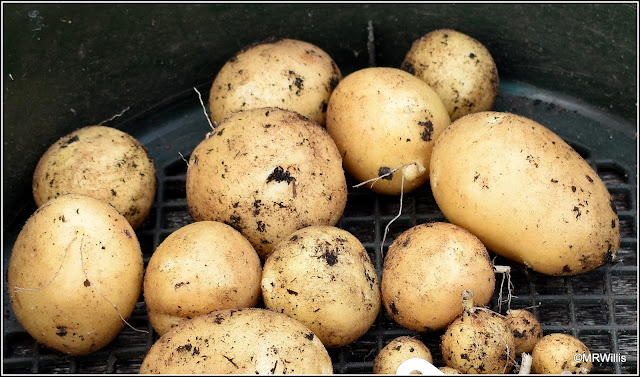 Because of this special appeal, despite having limited space, I always grow a few potato plants. These days I have settled on growing 12 containers of them, using big (35-litre) black plastic pots, each planted-up with two seed tubers. With this limited number I'm never going to be self-sufficient or have a year-round supply of potatoes, but it's enough to give us a few very special meals in the early Summer. I say "early Summer" because I grow mostly First Early and Second Early varieties which mature in June and July, as opposed to the bigger Maincrop ones which are not lifted until Autumn. This means that I can get my crop harvested before the almost-inevitable Late Blight comes along.

In this overhead view of my plot you can see the 12 potato pots towards the Left of the photo. 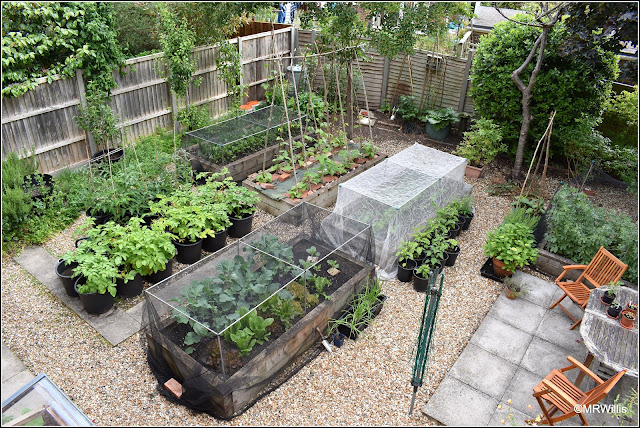 This week I lifted the first of my 2020 potato crop. Knowing when to do this is a matter of judgement rather than a science. Normally, when a potato plant produces flowers it's a sign that tubers are forming, but not all varieties produce flowers and these are sometimes very insignificant. This year hardly any of mine have produced flowers. The other main sign to look for is the foliage going brown and beginning to flop. Some of mine are at this stage now. 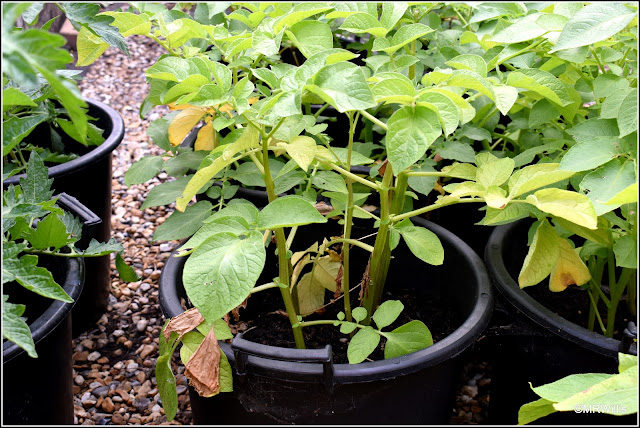 If I were to leave all my plants until they were completely ready for harvesting we would have a lot of potatoes all at once, so I think it makes better sense to harvest a couple of the pots before they are 100% ready. This means that the initial yields will almost certainly be modest, but the individual potatoes should be small and very succulent. The first of mine to be harvested this year was "Colleen", a First Early variety, planted on March 21st - in other words eleven and a half weeks ago. As expected, the yield was small - 16 tubers of useable size (from 2 seed tubers), weighing a total of just over 600g.  As I suspected, there were several very tiny ones, which would have grown bigger if they had been left. 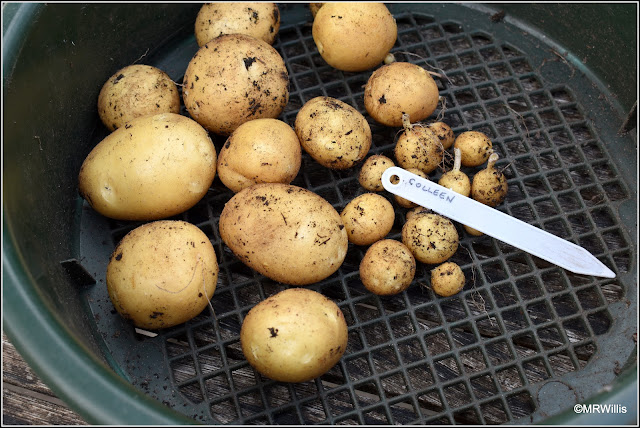 Based on this little "test harvest", I'll leave it another week or ten days before taking the next pot, and during this time I'll make sure to water them well in order to help the tubers swell.

I should add that in terms of quality, these "Colleen" potatoes were lovely. They were very clean tubers and when cooked they had that light, almost insubstantial texture that is what I want from a new potato. I will say though that they are probably better steamed than boiled, because their skins lifted off when I boiled them, which spoiled their looks somewhat!
Posted by Mark Willis at 12:00