Back in April I wrote about taking some cuttings of Sage in order to try "re-stocking" with that herb, which we use a lot more than we used to, now that Jane and I have got really keen on cooking Italian food. I mentioned that this time I was going to try rooting the cuttings in water. 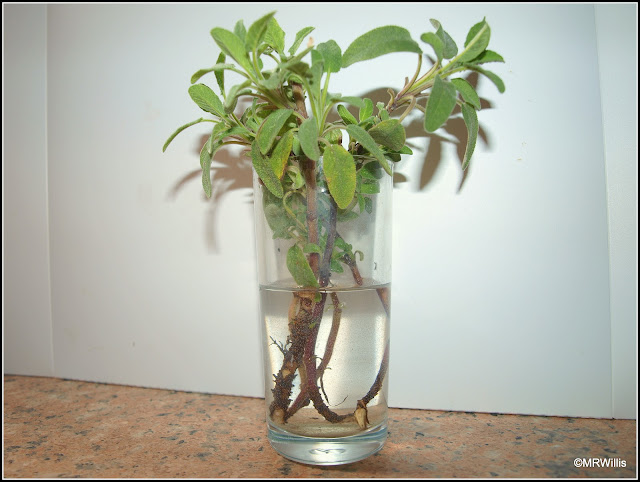 Well, it worked. Several of the cuttings rooted nicely (though I have to admit that some went mouldy and had to be discarded!). Once I was sure that the cuttings were viable I put them info individual small pots, filled with compost, like this: 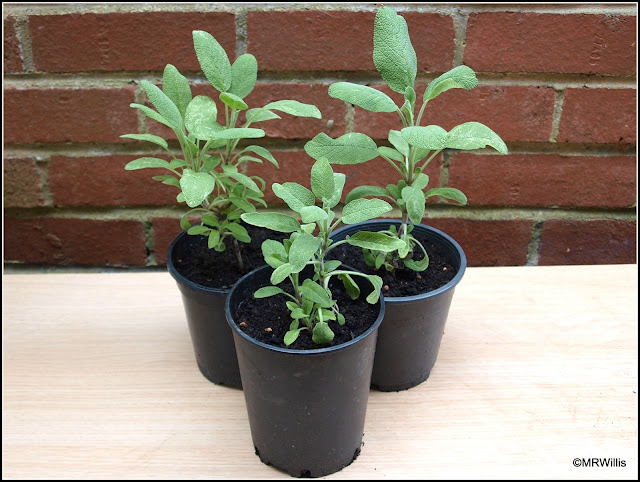 A couple of days ago I decided to pot them on into something bigger, because although they are nice healthy young plants, they were beginning to outgrow those small pots 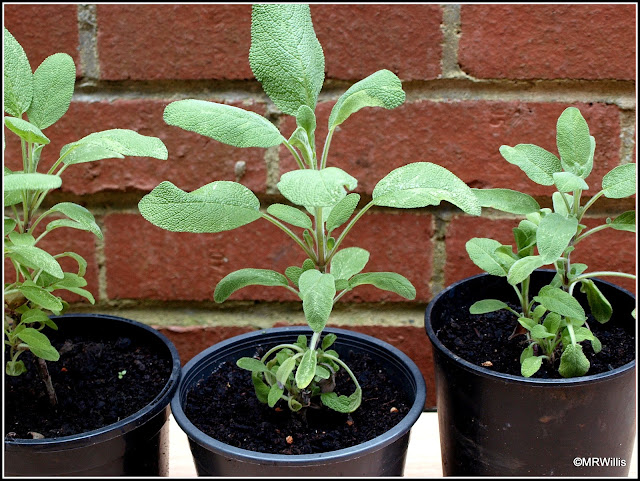 I have quite a lot of herbs growing in glazed pots, so I selected something which would be in keeping with the general theme... 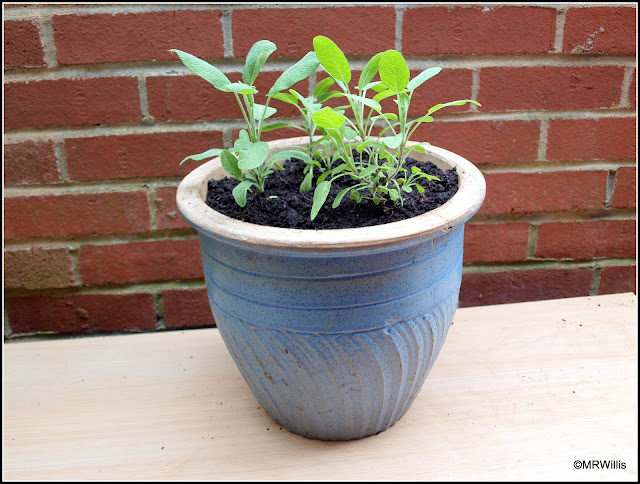 If you're wondering why these plants are going to grow in a pot and not in open soil, it's for two reasons: first, the only vacant place I have is in a North-facing border where the soil is very poor, and these plants will certainly be more likely to thrive in a pot of decent compost. 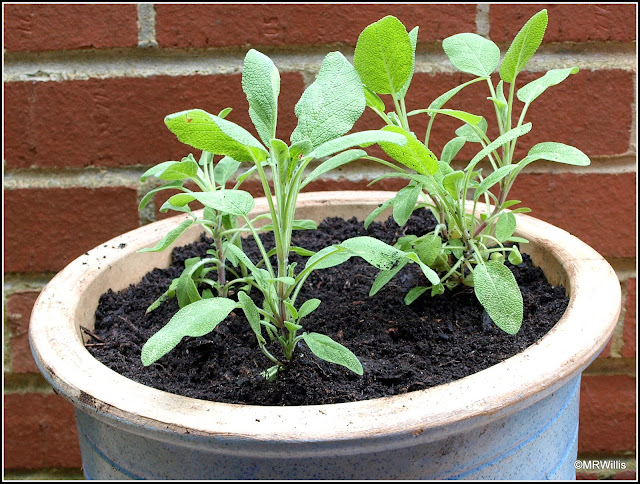 Second, I like having plants in pots because they are mobile - I can move them around and re-arrange them whenever I feel like it! 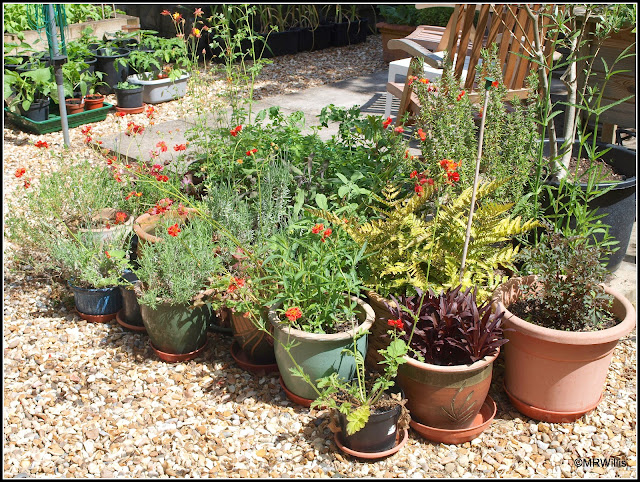