I've rescued some more tiny tomato plants, self-seeded in the shingle outside my kitchen window, where last year I grew "Maskotka" and "Montello" plants. 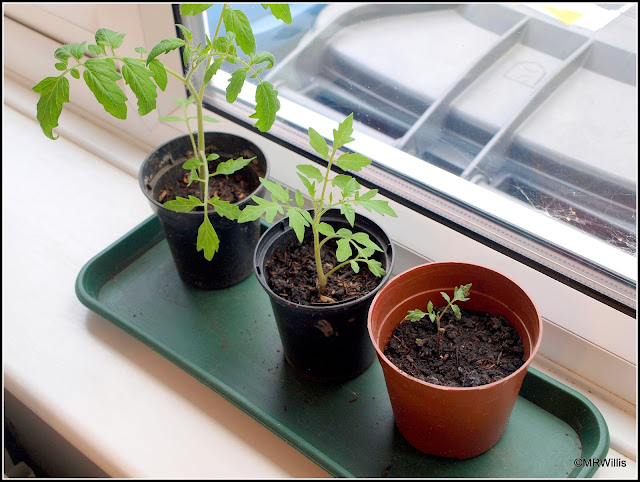 Having potted them up, I'm keeping them indoors for the time being, because of the continuing bad weather. Although small, they look to be nice plants. 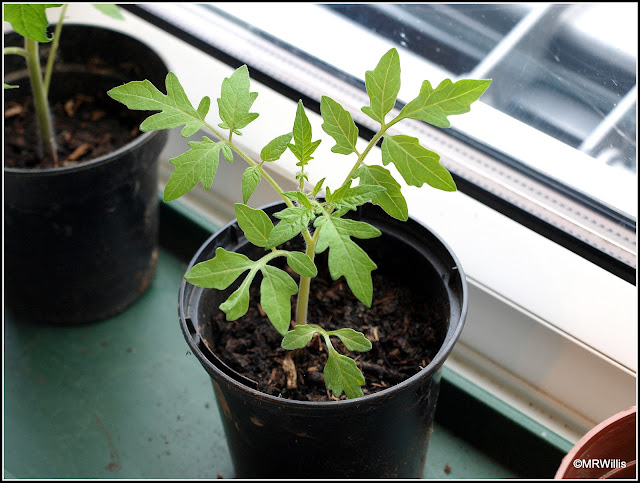 I'd normally say that it is far too late to plant out tomato plants, but recent experience suggests that this may not be so. Last year the transition from Autumn to Winter was very late, and I picked my last ripe tomatoes in November, so these plants probably have at least 3, maybe 4 months in which to do their thing.

Furthermore, last year I saved some little plants exactly like this (from the same source) and kept them indoors over the Winter. They went very straggly because of the low light levels, but once they were potted-up in April and began to get some fresh air and sunshine they started to recover their vigour.


Just look at them now - they are the three at the Right in the photo below (taken on Thursday). The other one is a new-season "Montello". 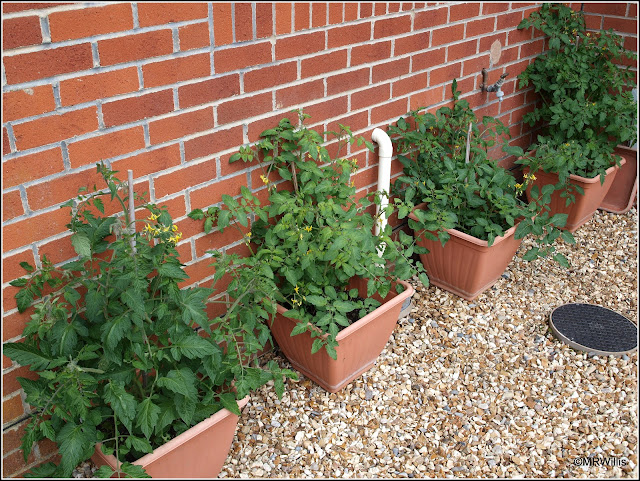 These plants are in the same place as last year's ones - below our kitchen window. It faces South-West, which is ideal for tomatoes as it gets all the afternoon and evening sun. The plants also help to disguise the ugly pipe-work, drain covers and electricity meter-box! 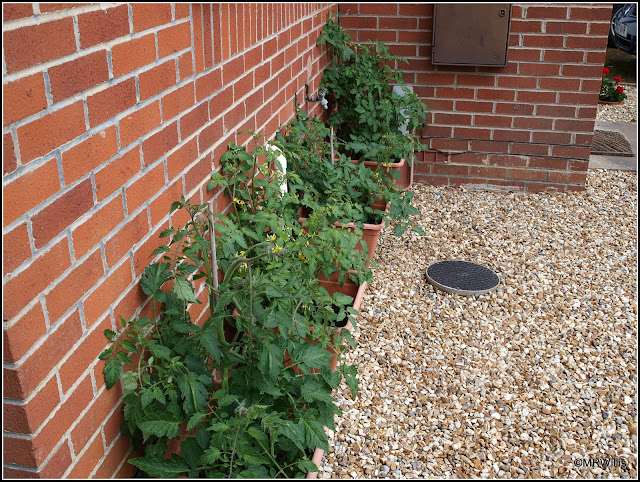 One of these plants produced just two fruit several weeks ago (no photo of them at ripe stage, though we definitely did eat them), so I know from the shape of the fruit that it was a "Maskotka" plant. The other type I grew in this location, "Montello", has plum-shaped fruits.

I'm not sure which variety the other two plants are - they could be either, and I'll probably only know when they set fruit. One of them is quite tall, so possibly a "Montello". 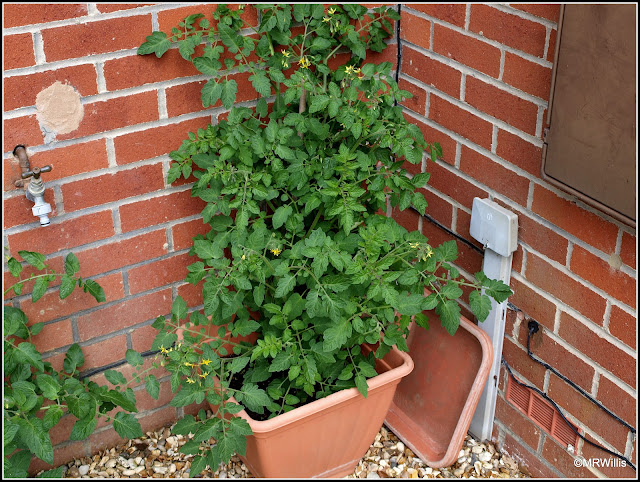 The other is much more compact, so more likely to be a "Maskotka". 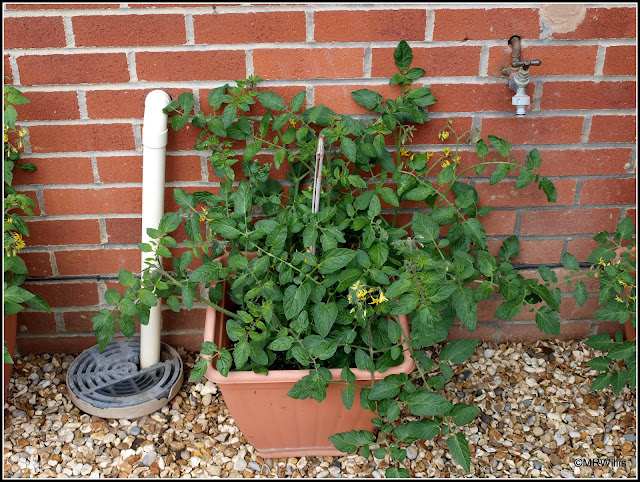 I don't really mind which type these turn out to be, because I like both. I have to say that whilst "Maskotka" is a long-time favourite and has excellently-flavoured fruit, it was out-performed by "Montello" last year, in terms of quantity of fruit produced.

Just in case anyone else should be persuaded to try something similar, I suppose I should point out that late-planted tomatoes will be much more likely to get Blight. In my part of the world Blight is most likely to appear in August or early September - though of course a lot depends on the weather. One of the attractions of small, bush-type tomato plants like the ones I have been writing about is that they are usually early croppers, so you can hopefully get a harvest before the Blight appears.
Posted by Mark Willis at 12:30