Yesterday I lifted the first of my new potatoes - always one of the highlights of the gardening year! 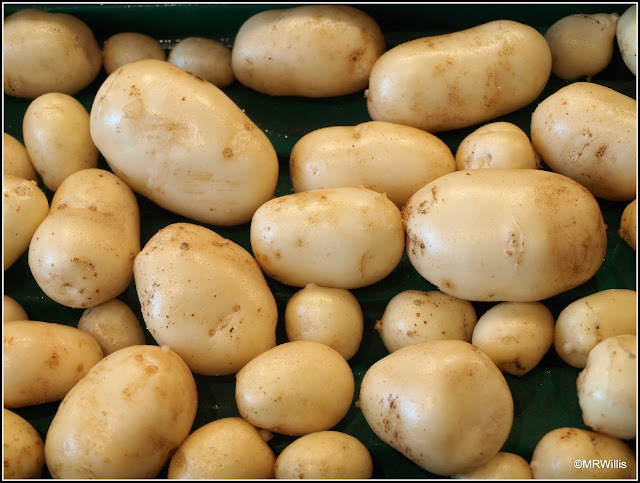 As I mentioned a few days ago, if I had wanted a big yield, I could have left the potatoes another week or ten days, because the foliage hadn't died down (although it had gone floppy and fallen over), but I really wanted to try the first ones as soon as possible. Harvested young, new potatoes are absolutely delicious!

This first harvest was from a First Early variety called "Foremost". They were grown from tubers I had saved from last year - I kept them in the bottom of the fridge for almost 8 months! This photo shows my harvesting method: cut off the foliage and simply up-end the pot onto a groundsheet. 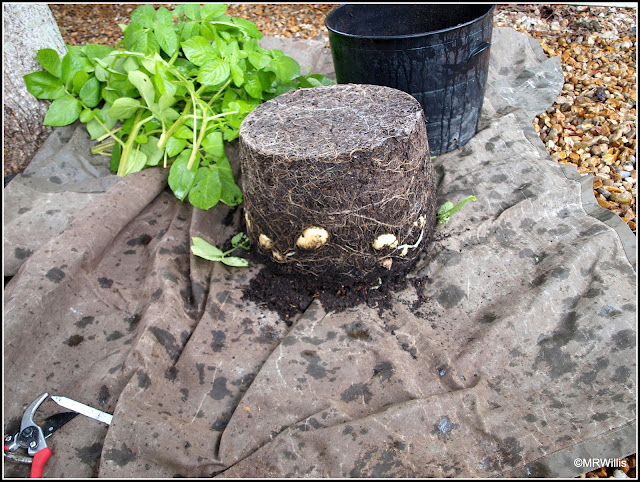 You can see that in this case the roots of the plants (grown from two seed-tubers) were so thickly matted that the soil came out in one piece, and the tubers were mostly positioned around the edge of the container. 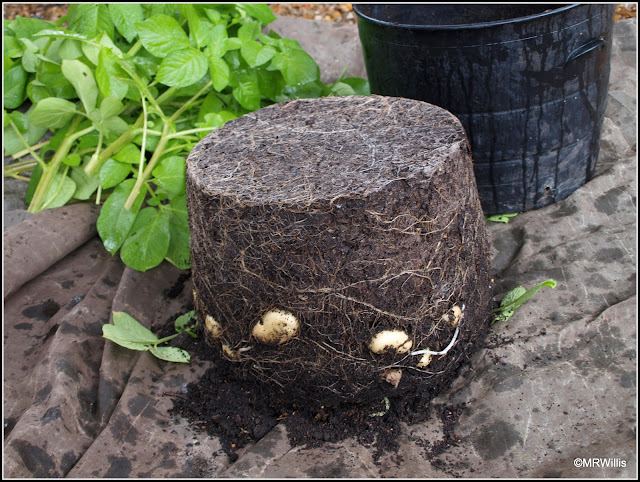 Searching around in the soil, this was what I collected: 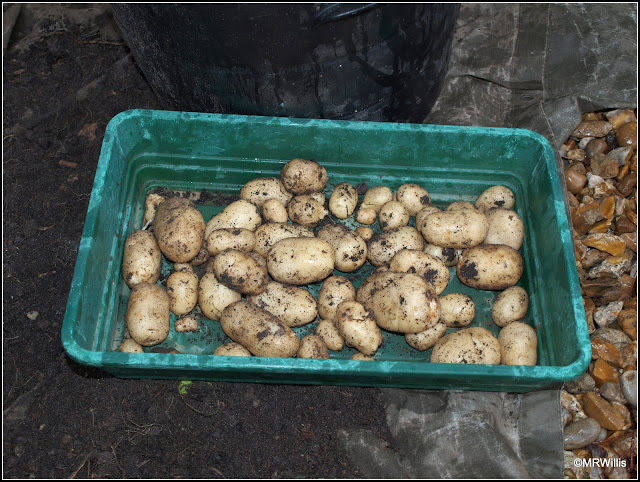 There were one or two scabby ones, but the tubers were mostly nice and clean. "Foremost" is not noted for the regularity of its tubers, many of which tend to be quite blocky and almost rectangular, so this is not a variety that I would choose if I was wanting to enter them in a show. 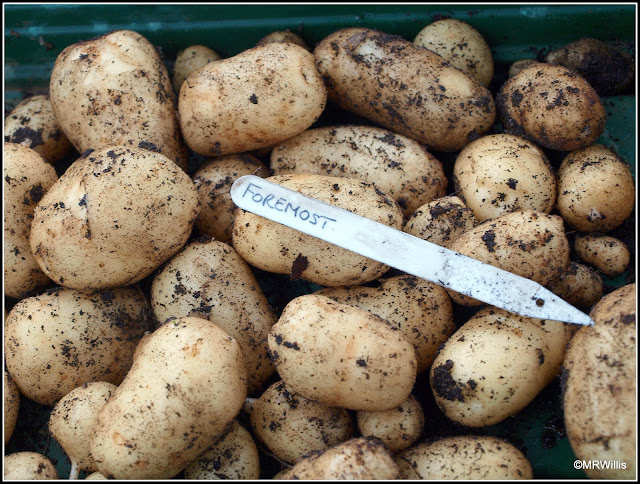 When I took them indoors and washed them, they looked much nicer: 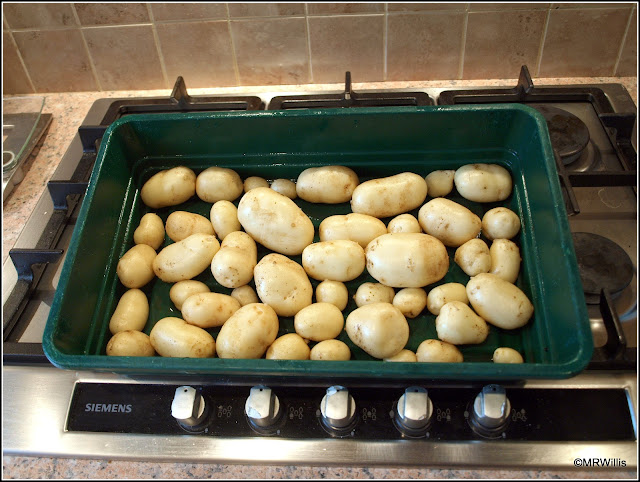 Having discarded the really tiny ones and the couple of scabby ones, I was still left with 1170 grams, which I think is a respectable yield from two tubers in a 40cm pot. It will certainly be enough to provide two meals for the two of us. I expect (hope?) to get a slightly larger yield from the slightly bigger (35 litre) pots in which I am growing some of my other varieties.
Posted by Mark Willis at 12:30