The Chanterelle (Cantharellus cibarius), aka the Girolle, is one of the best and most sought-after wild mushrooms. A couple of days ago I was lucky enough to find some. 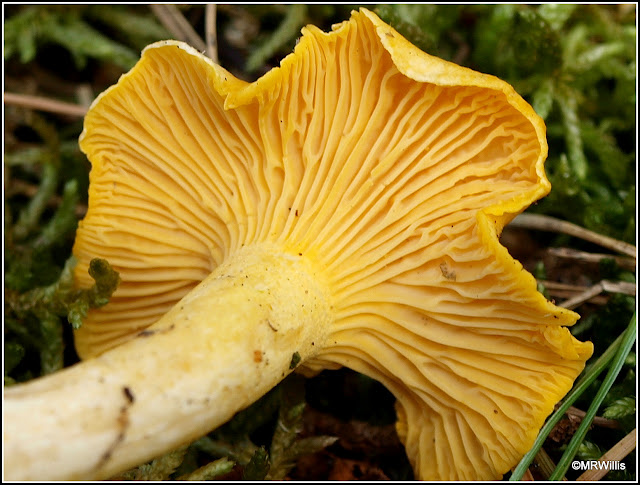 Finding wild mushrooms is often a matter of luck, or timing. Knowing what type of habitat they grow in, and what time of the year they appear is only part of the story - particularly since Climate Change has prompted many fungi to fruit at unusual times. The fruit-bodies of some fungi have very short lifetimes, often just a couple of days, so finding them depends on you being there at the right time. The ones I found yesterday were in a place I have visited many times before, and I have only ever found literally one or two Chanterelles there. This time there were loads of them, although most of them were very small. The tiny yellow dots in this next photo are baby Chanterelles. At this stage they are sometimes described as "pins". 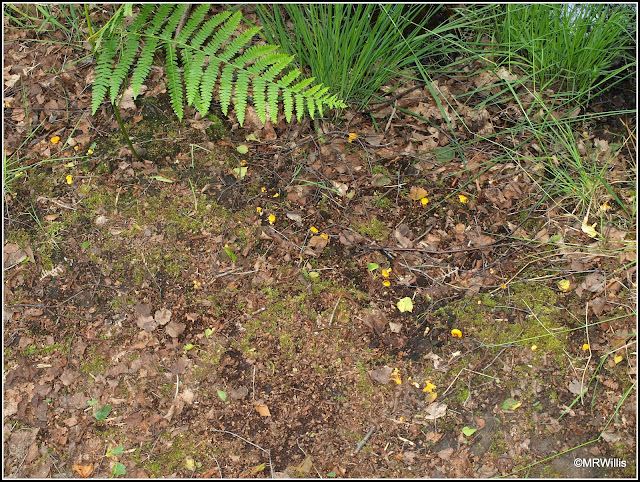 I think I have mentioned before that the woods round here are full of deer, and I think they must be quite fond of fungi. These ones definitely look as if they have been browsed by deer: 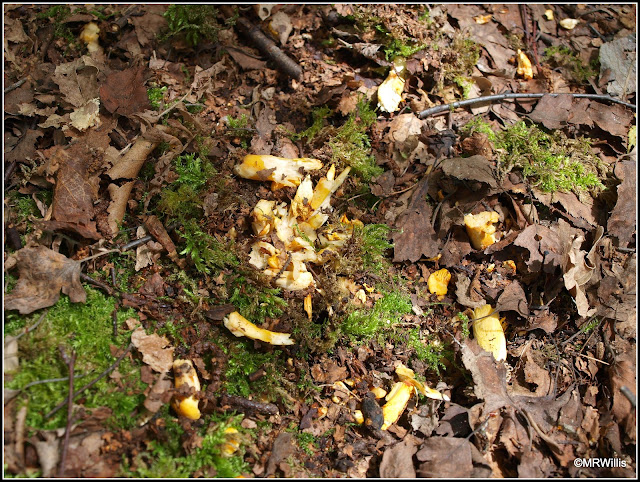 Significantly, most of the Chanterelles that I found were concealed in all sorts of nooks and crannies, under fallen branches and in amongst tree roots, making them less visible and less accessible. 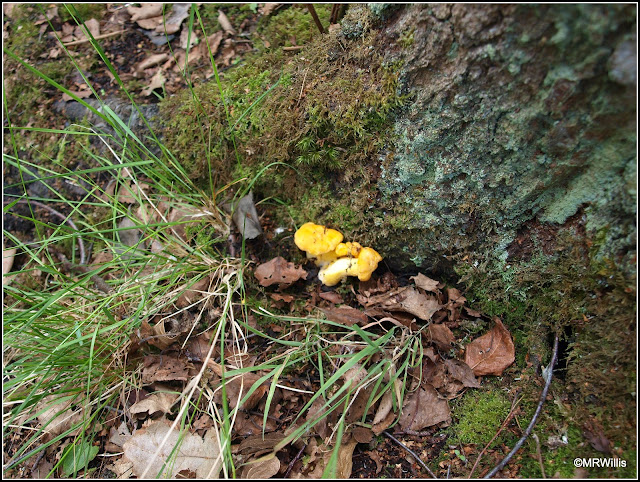 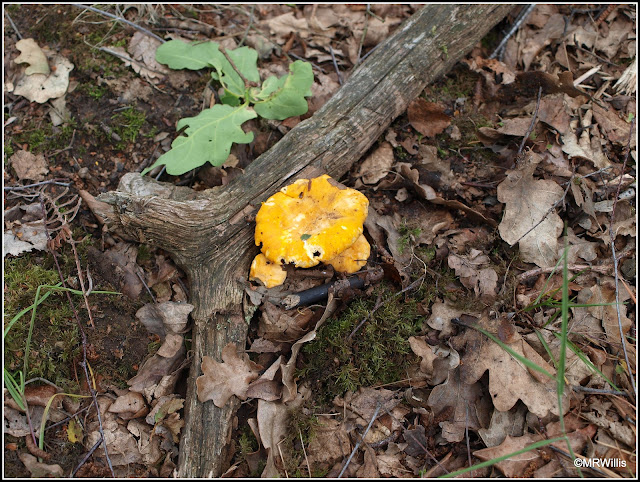 The place where I found these fungi was a damp patch of woodland, consisting mainly of Birch trees, with some Pine and some young Oaks. The mushrooms seem to like moisture because many of them were along the banks of the drainage ditches and in boggy depressions in the woodland floor. 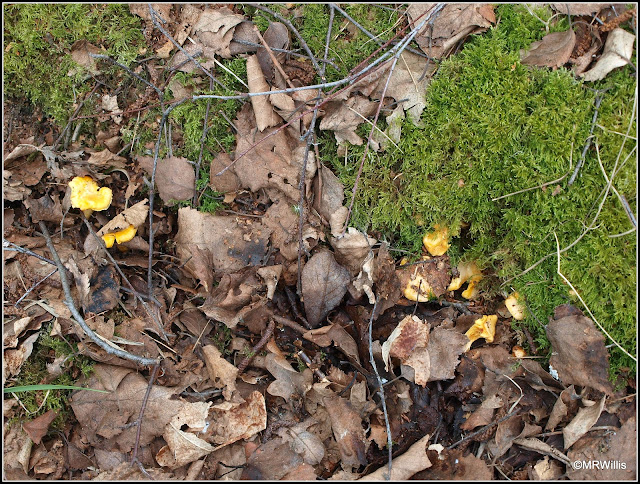 The Chanterelle is a very distinctive mushroom, and one which is very safe to eat because it has no toxic lookalikes. The key features are:-
Bright yellow cap colour - often described as egg-yolk yellow.
Cap shape is very variable, though generally roughly circular when young, often with frilled margins when mature.
The stipes (stems) are white inside, and often on the outside too.
The undersides of the caps have wrinkly veins (not true gills) that are "decurrent" - that's to say they run down the stems a little way.
They have a fruity smell, sometimes described as being like that of apricots.
Young specimens are often very squat and "chunky", whereas older specimens usually develop longer stipes.

Chanterelles are a great culinary delicacy, especially when fresh, so when cooking them it seems best to do as little to them as possible. Mine were cooked within 5 hours of being picked. After careful preparation to remove any forest debris, I washed them briefly immediately before cooking so that they didn't have time to go squishy. I cooked them in a dry frying-pan because they produce lots of their own moisture, though this is quickly re-absorbed once they begin to cook.


After frying the mushrooms for about 5 minutes I added a knob of butter to the pan, let it melt and then sprinkled on a handful of chopped Chives from the garden. Finally, the mushrooms were decanted onto pieces of toast and lightly seasoned with salt and pepper. These were served as a Starter before our main dinner meal. 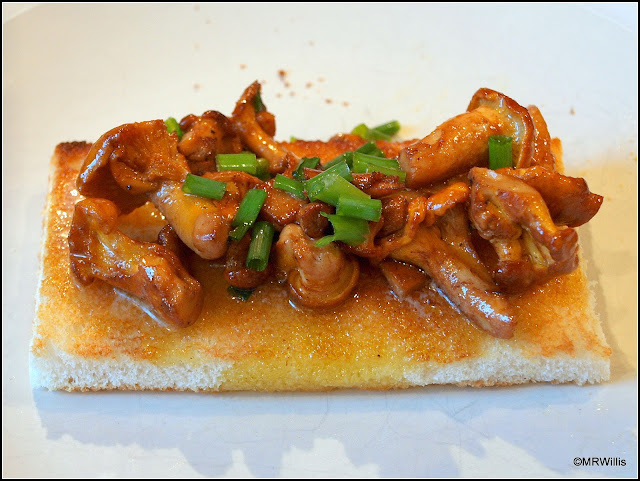 Since there were many tiny mushrooms in the place where I found these ones, I think another visit in a few days' time will be worthwhile!
Posted by Mark Willis at 12:30