In our part of the world it has been unusually dry for months. We didn't get the "normal" Winter rains, and since Christmas we seem to have had only the occasional shower. Our gardens and countryside have suffered. As many of you know, I am a keen fungi-hunter, and I have been very aware of how few fungi have appeared so far this year. It's just too dry for them. Likewise, the soil in my garden has been totally parched. It's naturally sandy anyway, so it dries out very rapidly. This year it's like dust! In these conditions, it's hard for plants to thrive, especially the vegetables, many of which need plenty of water. Even when I water the garden with a hosepipe, as I have had to do several times already, the water doesn't really penetrate enough. It only wets the top inch or two.

Because of this I was glad that we had a very wet day on Friday. It rained for several hours, which must have done the plants a lot of good. Of course it's too early to see the benefit, but to celebrate this "unusual weather event" I want to share some photos of rain-soaked plants!

This is Philadelphus, aka Mock Orange. I used to think of this as a shrub that flowers in May, but for the last two or three years it has been about a month later than usual. 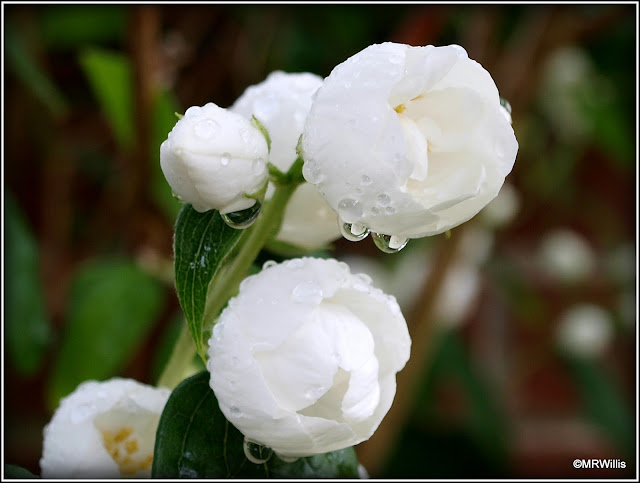 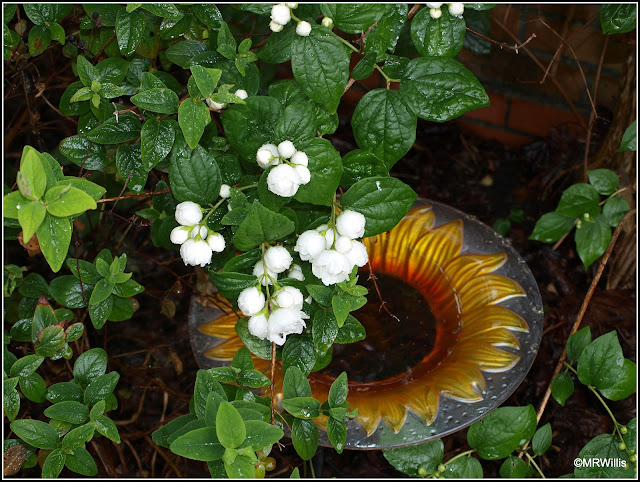 This is Cotinus "Royal Purple", aka Smokebush. When the flowers are wet they sparkle like a host of gemstones! 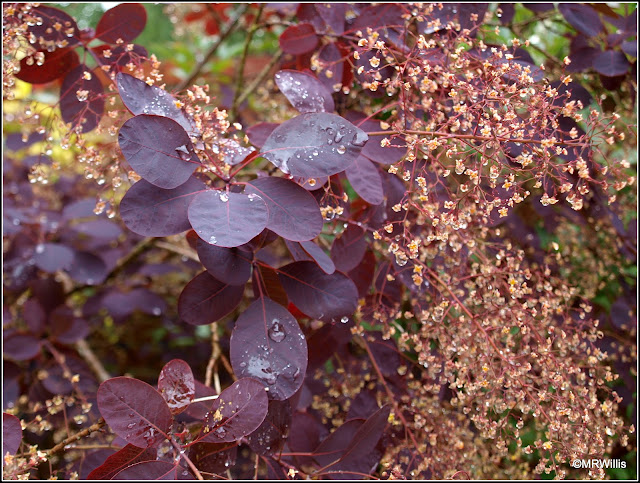 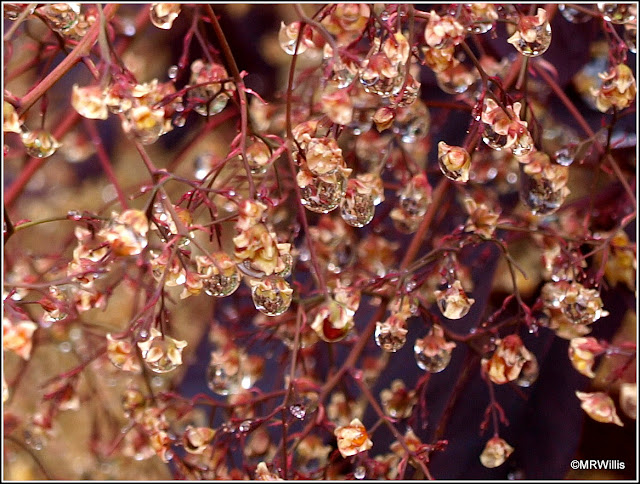 These are Lettuce seedlings ("Biscia Rossa") awaiting planting out. 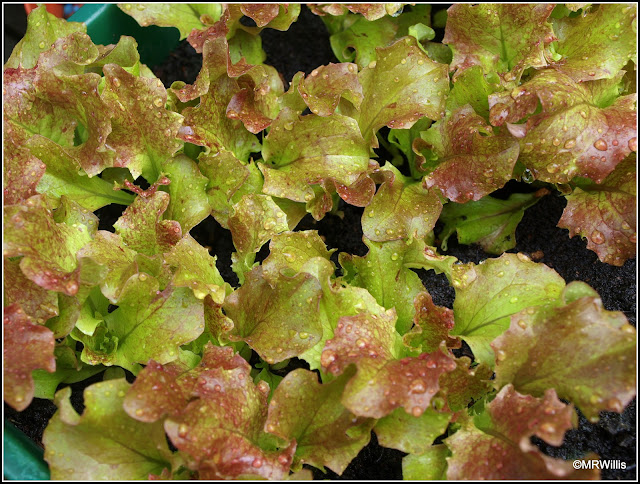 Apples. These are "Winter Banana". Lots of little apples have set, though I expect many of them will fall off during the June Drop. 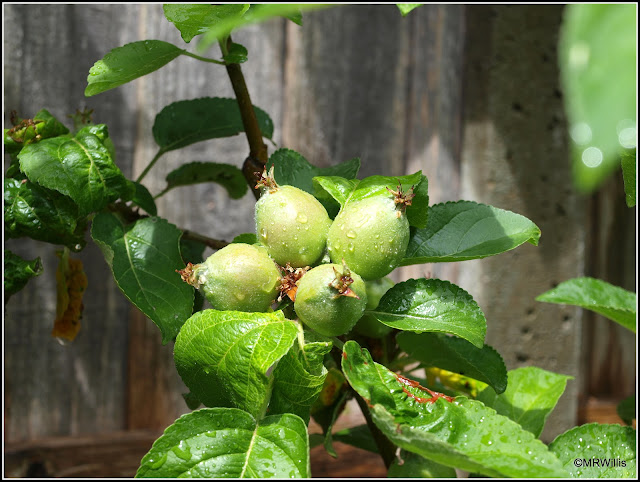 Athough my plants must have enjoyed the rain on Friday, they probably didn't enjoy the strong winds on Saturday. Having kept an eye on the weather forecast, I decided to give my Broad Beans (which I deemed specially vulnerable and too good to lose this near to harvesting!) a bit of extra support. I ran a couple of lines of soft string around them to help them stay upright: 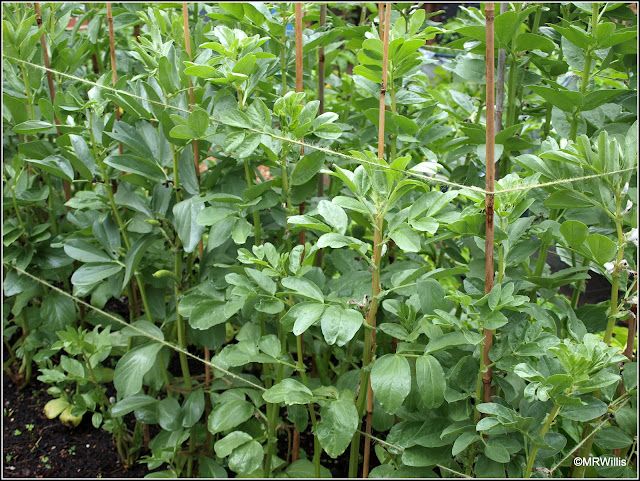 The main stems of the Broad Bean plants are all loosely tied to a bamboo cane, but most of the plants have produced additional secondary stems, which are not individually supported.

It looks as if the weather is going to be wet and windy for several more days, so I expect by next weekend I'll be complaining that we haven't had enough sunshine!
Posted by Mark Willis at 12:30