I'm growing cucumbers is my usual way again this year. In the absence of a greenhouse, I grow outdoor varieties, choosing the ones that produce small fruits. This year I have "Marketmore" and "Delikate B". I'll be planting two of each variety, but not all at the same time. For some curious reason some of the seeds I sowed germinated much quicker than others. Actually, this is no bad thing because it will presumably mean that the ones planted earlier will produce fruits earlier, and the ones planted later will extend the cropping season a little. Having said that, I know from experience that latecomers often catch up!

So the first planting is of one of each type: 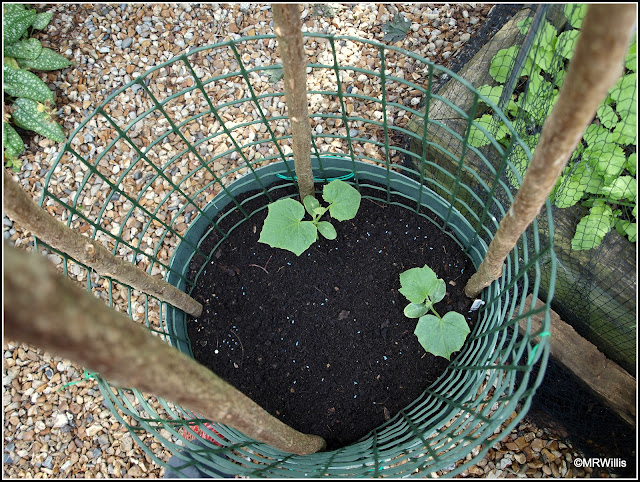 My cucumber-growing arrangement consists of a very big (50cm diameter) tub (originally the lower half of an old water-butt), and a frame made of four 6-foot Hazel poles. 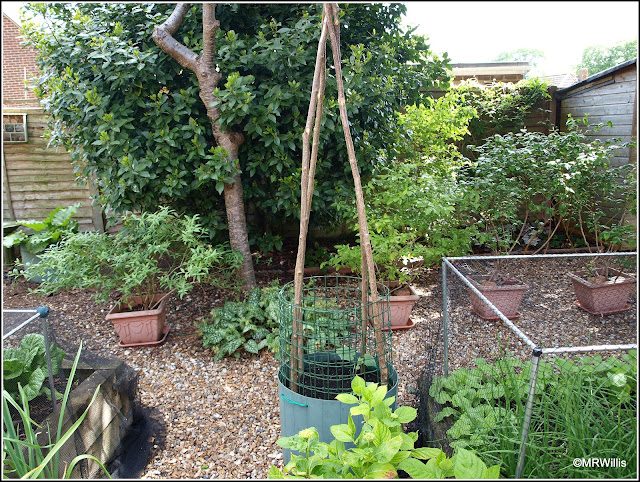 This year I have chosen to use a piece of plastic clematis netting too. This serves two purposes. First, it gives the plants something to cling onto before they are big enough to twine round the poles. And second, it will hopefully protects the plant from animals and birds. My local pigeons are particularly fond of having a peck and scratch in the soil of this tub, which stands below where I had a hanging bird-feeder during the Winter. Some of the seeds inevitably dropped into the tub... 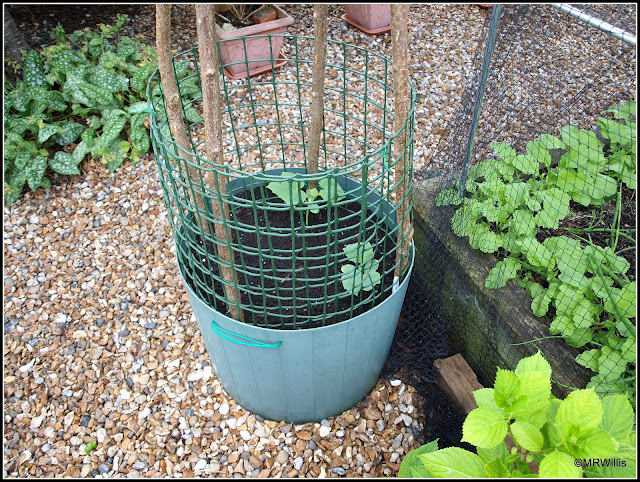 Waiting in reserve I have these other cucumber plants - two of "Delikate B" and one more "Marketmore". 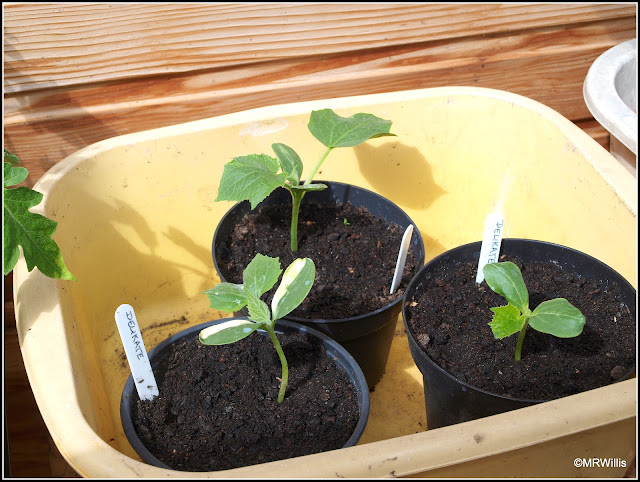 As you can see they are still too small to be planted out. In any case, it makes sense to keep these ones under cover for at least a few more days, until I can be sure that we have seen the last of the cold nights. I'm keeping them in the coldframe at night and bringing them into the open air during the day.

Much more recently sown, and therefore still tiny, I have these "Vorgebirgstrauben" cucumber plants. 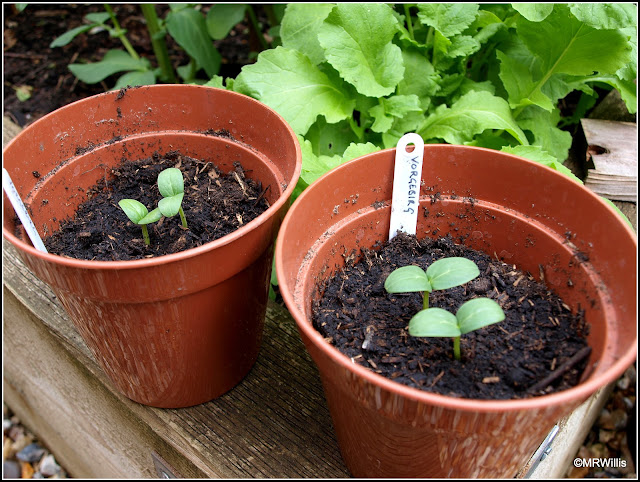 I sowed two seeds in each pot, and they all germinated, so shortly I will remove one seedling from each pot to allow the other to develop its full potential without competition from a sibling.

I bought these seeds on that recent visit to Lidl that I wrote about a short while ago. I didn't realise until I got them home that this is a variety particularly suited to pickling. Apparently it is never bitter, even when the fruit is picked very immature. I dislike pickled cucumbers and gherkins, but my wife Jane loves them, so I will grow these ones specially for her! I just need to find something for them to grow in and up...