One of the most annoying problems I have to cope with in my garden is the repeated occurence of weedkiller contamination in commercial compost. I use a lot of compost and can never produce enough home-made stuff to keep me supplied, so I have to buy it. I have tried many different brands, and I have encountered problems with many of them, particularly in relation to the generally poor quality of this sort of product (lack of nutrients, poor moisture-retention, presence of plastic, metal, wood etc), but the worst issue is that of the weedkiller.


The sort of weedkillers that I'm referring to are mainly clopyralids used in domestic lawn-care products and aminopyralids used in agriculture to destroy broadleaved weeds in pastureland. These substances are incredibly powerful and very persistent. Unfortunately they often find their way into compost. One of the routes the clopyralids take is via lawn clippings deposited in Green Waste Recycling schemes - even though the manufacturers of the weedkillers advise against disposing of lawn clippings in this way. The aminopyralids are most likely introduced to gardens through the application of contaminated farmyard manure.

When you buy a bag of compost there is no way that you can tell whether it is contaminated (short of laboratory testing, I mean). It's just "a lottery" as they say. If you buy two bags of the same compost you may find that one is contaminated and the other isn't. If you are really thorough you can carry out a Bean Test on the compost, that's to say sow some Broad Beans in it and see what happens when they germinate. Broad Beans are amongst the most susceptible to damage from these types of weedkiller and will quickly display the symptoms if the compost is contaminated. By "quickly" I mean a few days after germination, so the whole process will likely take 3 - 4 weeks or more. But who has the patience (and time) to do this with EVERY bag of compost they buy? And why should they have to anyway? I feel very strongly that it should be incumbent upon the manufacturer to test their product before sale in order to ensure that it is fit for purpose - i.e. not containing chemicals that will harm plants!

This year I have again been hit with the problem. Unfortunately, by the time you realise there is a problem, the damage has already been done. Some plants take quite a while to show the symptoms (e.g. tomatoes), but others respond more quickly. I think I have probably got off fairly lightly this year (famous last words...) because the damage I have seen on my plants appears not to be too severe. The beans are definitely affected. These are Runner Beans. Notice the distorted, wrinkly leaves. 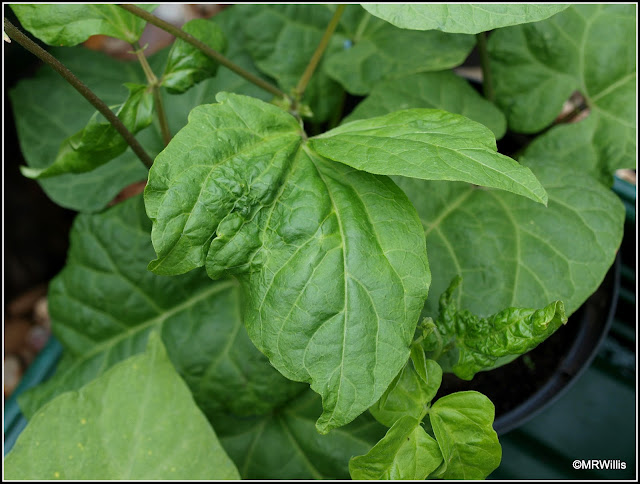 These are Broad Bean leaves - curled, pale and pitted: 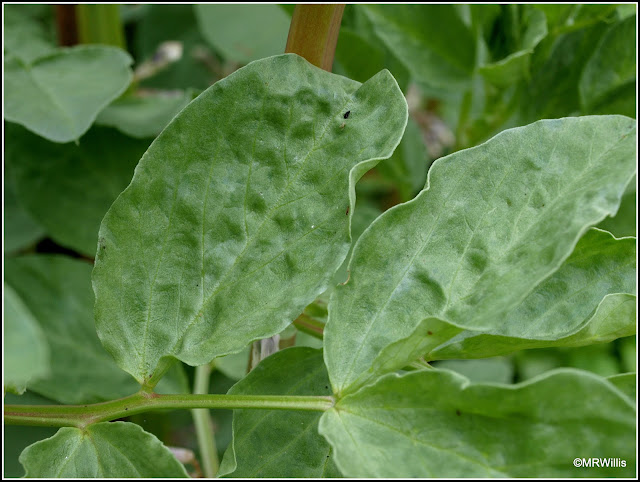 These potato leaves show the characteristic "spooning" effect that seems peculiar to them. The leaves curl up at the edges and have deep depressions in the centres. 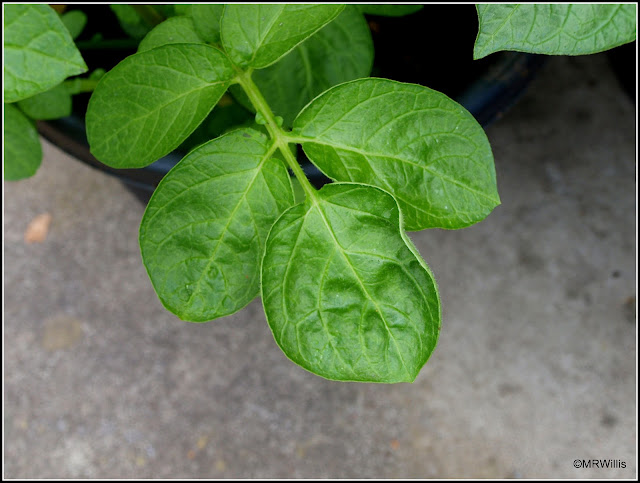 Some of my chillis look like this, with wrinkled foliage: 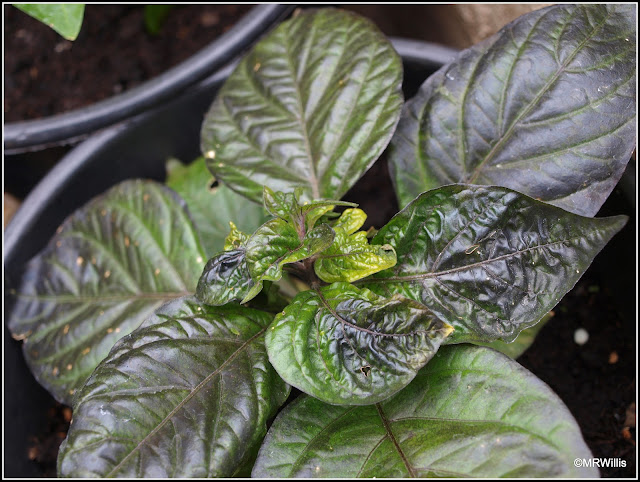 Others have thin, spindly leaves, in this context often described as "fern-like". 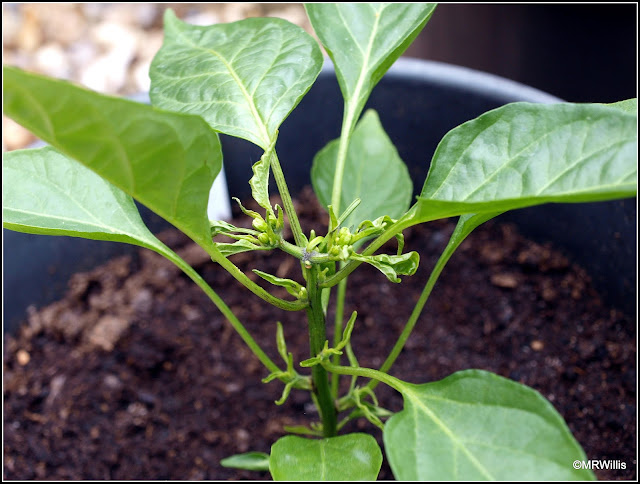 This effect also frequently occurs on tomatoes. So far this year my tomatoes are not showing symptoms of contamination, but I expect it is only a matter of time before they do, because some of their growing-medium is comprised of the suspect compost. I also know that tomatoes are typically slow to exhibit the symptoms.

The trouble is that for me it is hard to be 100% sure which compost is the culprit, simply because I typically grow most of my plants in a mixture of different stuff. For example, the tomatoes are in a mix of garden soil, homemade compost, commercial multi-purpose compost and material from dedicated tomato Growbags. This year almost all of my little plants were raised initially in Levington's John Innes No.1 compost (specifically formulated for seed-sowing) and then potted-on into Westland Jack's Magic multi-purpose compost (MPC). When the plants got bigger they were potted-on again into their final homes. At this stage the chillis and tomatoes were put into big pots containing more of the MPC, along with some of the Levington's Tomato Growbag material, with its added nutrients. Circumstantial evidence points towards the culprit being the Jack's Magic. Regrettably I now realise that this compost was also implicated in the disastrous contamination I experienced in 2014. I should have known better than to risk using any of that company's products again!

Although I am annoyed and disappointed by this new contamination episode, I know that the damage to my plants may not be catastrophic, and many of them will probably "grow through it". However, I fully expect some of them to succumb and all of them to produce lower yields than normal, possibly with some distorted / malformed fruit. Still, I feel this whole subject to be little known and under-reported, so I shall continue to do what I can to give it a higher profile.

You can find out more about this issue HERE, but be aware that this site is provided by Dow AgroSciences UK, who are one of the producers of the weedkiller, so they have a vested interest in downplaying the problem!

If you feel the need to report a case of damage caused by weedkiller-contaminated farmyard manure, you can do so by contacting the Health and Safety Executive (HSE) via this link:-

Reporting problems with contaminated farmyard manure.  Be aware that the HSE will probably pass you on or refer you to Dow AgroSciences anyway.

Reporting of damage to plants caused by clopyralid-contamination in commercially produced garden compost seems to be a grey area and I'm not qualified to give any advice about who to report it to! The authorities seem to be only interested in harm caused to people, pets or "the environment". In the first instance I suppose you have to take up the issue with the producers of the compost you believe to be contaminated. However, if my experience is anything to go by, they will do their damnedest to reject any responsibility whatsover, and will insist that you produce loads of evidence that you probably won't be able to provide. Good luck!
Posted by Mark Willis at 12:30