The various beans I sowed, with the help of two of my granddaughters, two weeks ago have germinated - or at least, most of them have. 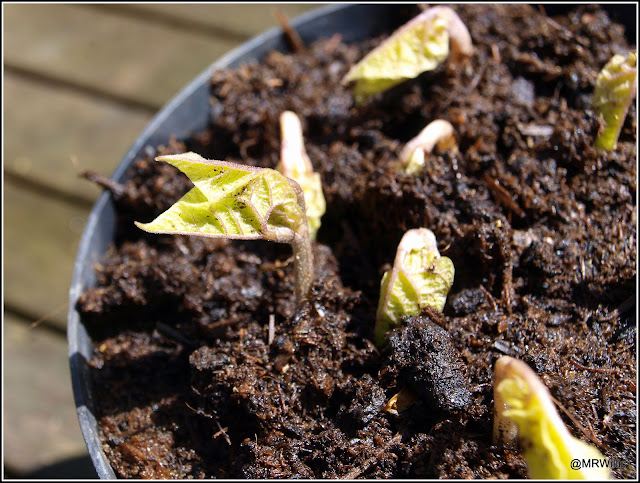 These ones are Runner Beans (Scarlet Emperor). I'm not quite sure how many got planted. The girls asked me "How many should we put in each pot, Grandpa?" and I said "Oh, about 10 or so". So there may be 10 in each pot. But then again there may not. Holly (6), the younger of the two, seemed to want to cram in as many as possible! 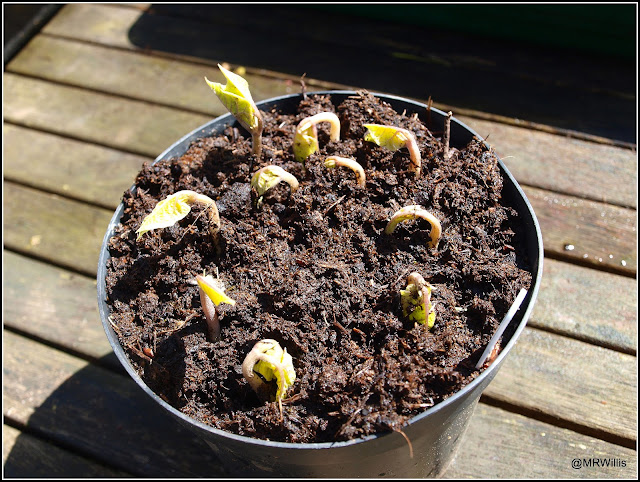 In addition to the Scarlet Emperor I have "Cherokee Trail of Tears", "Cobra", Borlotto "Firetongue" and two more varieties of Runner - "Painted Lady" and [nickname] "Jean's Runner". The only one that hasn't shown at all yet is "Painted Lady". 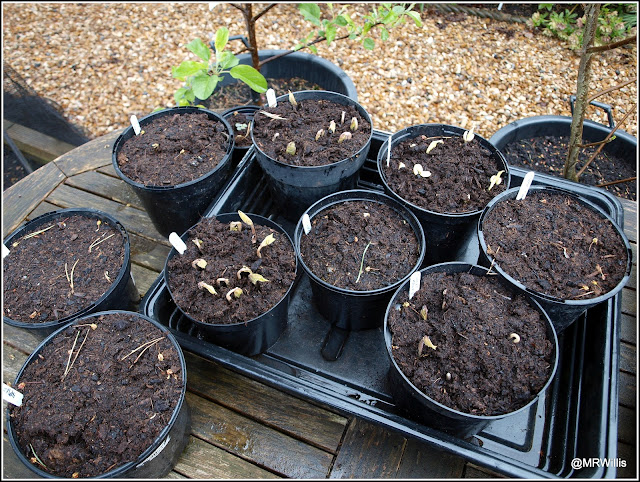 This is a photo of the most significant seed-germination so far this year: 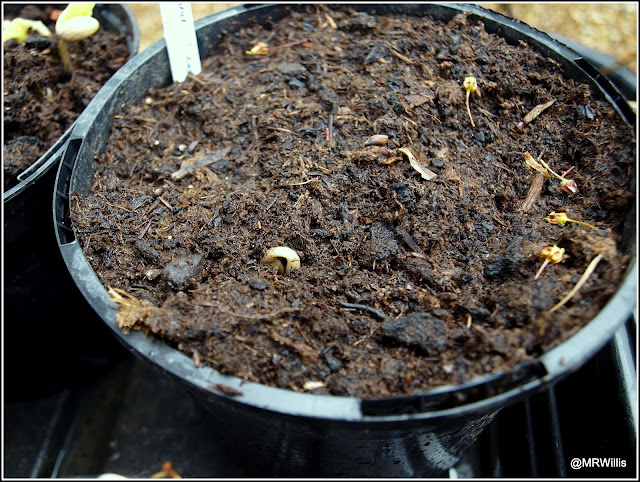 Just poking its head through the compost there is one of "Jean's Runners". Those are the beans I saved from my Courtmoor plot very late last year. Jean is the name of the homeowner, and she and her husband Rupert had been cultivating the same variety of Runner Bean year-on-year since some time in the 1960s, using self-saved seeds. You can probably understand therefore why I am keen to keep this true heritage vegetable going! With a bit of luck a few more of the seeds will germinate, because relying on just one bean plant sounds a bit risky.

The Shallots that I saved in similar fashion have done better than expected. Of the 45 I saved and subsequently planted, all but one are definitely alive. Most of them are now growing away nicely up at Courtmoor Avenue. 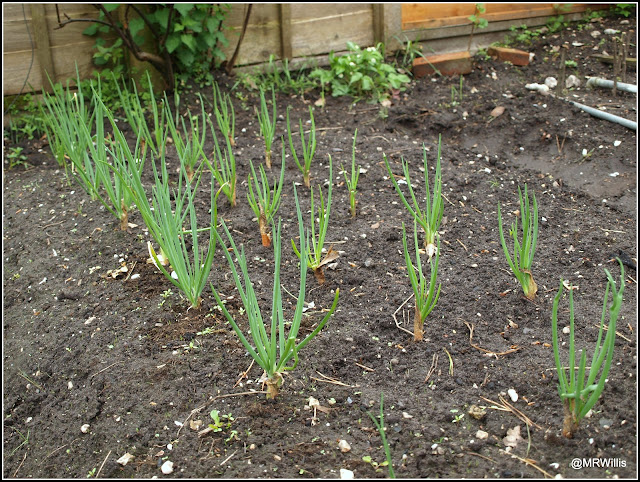 Even the final one may be alive, but it hasn't sprung into growth just yet.


The "Foremost" potatoes I rescued from the plot are looking OK, though (unsurprisingly) quite small. 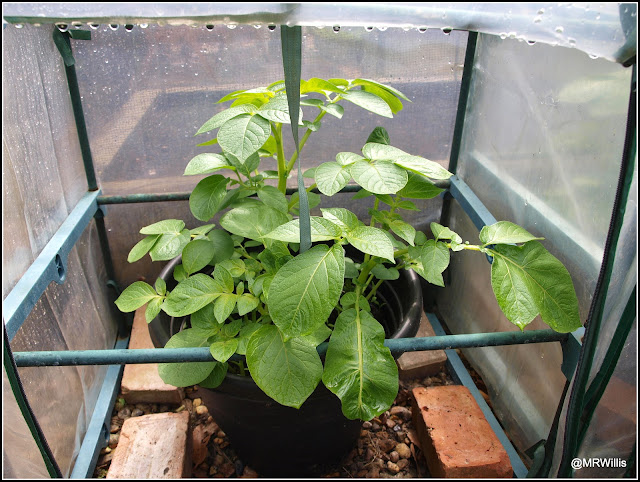 I'm growing them in containers, protected by the little plastic greenhouses, so that they get the best chance to thrive. I really hope they produce some useable tubers! If they do, I would like to keep at least some of them for planting next year in order to maintain the continuity. Can anyone advise me on how it would be best to store them until next Spring?

This week some of the New Zealand Spinach seeds have also germinated. 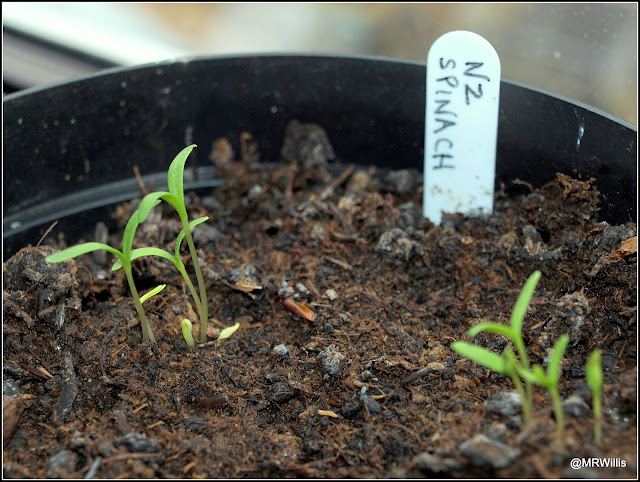 This is another significant vegetable in terms of the Courtmoor plot. Jean and Rupert have told me that they love eating the stuff, but that last year their crop failed completely. This year I hope to be able to succeed in growing some for them, and I'm sure they will be pleased if I do. I have never had New Zealand Spinach before, either to grow or to eat, so this is a new venture for me.
Posted by Mark Willis at 12:30