This week, I have passed two significant milestones on my new plot.

Firstly, I finished the digging (at long last!). The veg-patch now extends all the way to the Raspberry canes. 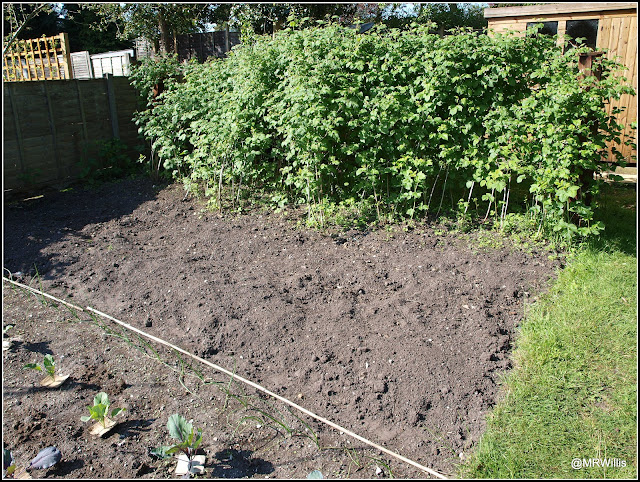 I plan to use that last patch of soil for growing some New Zealand Spinach, and some Dwarf French Beans, but neither of those is ready for planting yet.

The other milestone is the fact that I have harvested my first crop - a bunch of "French Breakfast" radishes. Small but very satisfying! 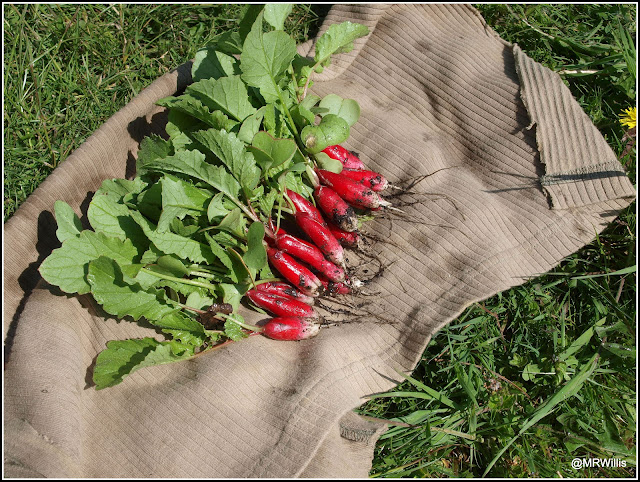 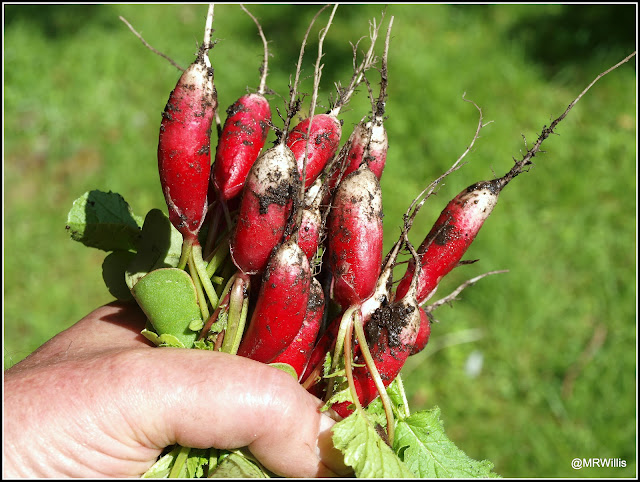 Coincidentally, on the same day I harvested those "French Breakfast" radishes from the Courtmoor plot I also got a few "Lada" from my own garden. The plot is now practically full, and the veggies are beginning to fill out. 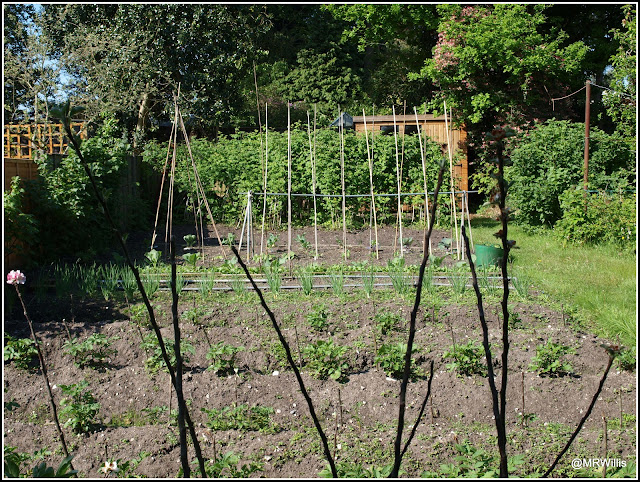 The Broad Bean plants, although not very big, are covered in flowers, so hopefully some pods will set before many more days have passed. My application of the "Growmore" fertiliser seems to have been pretty beneficial, since the yellowing of the leaves stopped soon after. 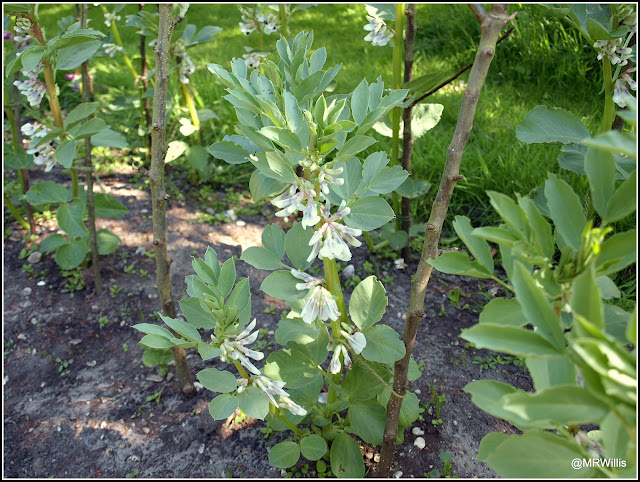 The potatoes, whilst healthy enough, are progressing quite slowly, probably because they are not getting enough water. I have been watering the whole plot with the hosepipe every few days for a couple of weeks now, but it's never enough, and we have only had one spell of decent rain. 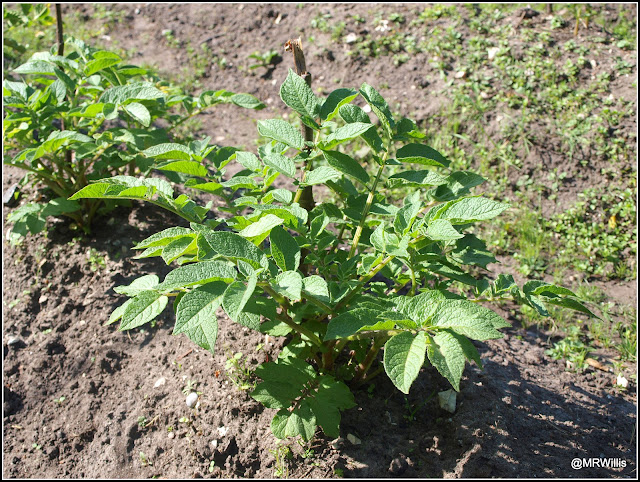 There's one other thing I want to mention today. Honeysuckle. Though not part of the veg-patch I'm working on, this is too lovely to ignore. In the garden there are two huge Honeysuckle bushes, one of which is climbing up into a big tree next to the shed. The perfume of the flowers pervades everything! 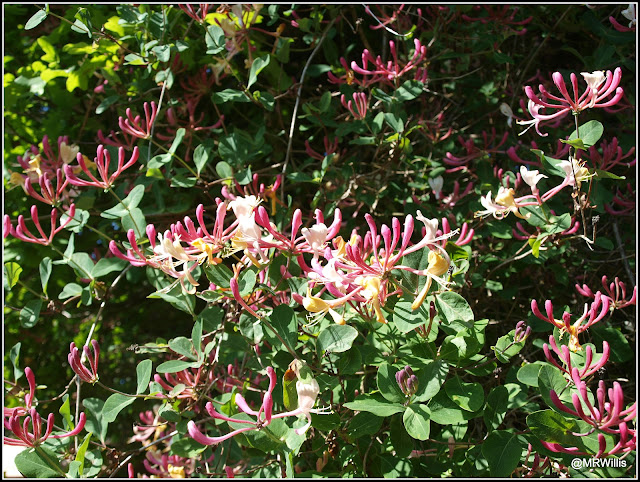