This is the time of year when many young plants get potted-on from little tiny (3-inch, 3.5-inch) pots into considerably bigger (5-inch, 6-inch) pots. The tiny pots are easily moved around in large quantities, grouped together in seed-trays and the like. 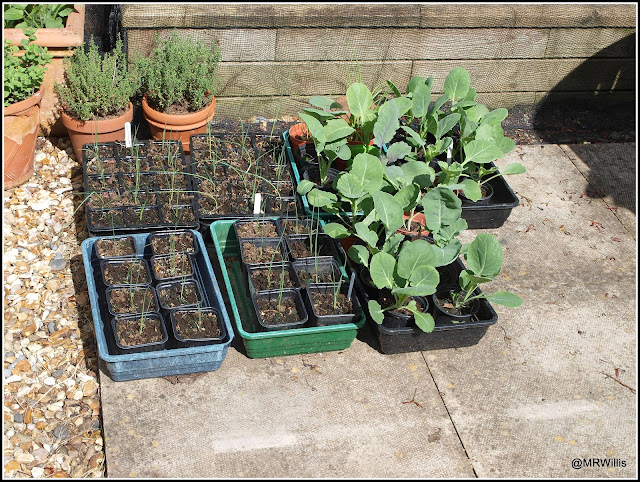 However, when the plants go into bigger pots, it becomes a lot more difficult. And, like it or not, they do need to be shifted around a fair bit, especially in my garden where the light conditions vary a lot throughout the course of a day. If I leave them in the same place all day long, they risk being too cold at some stages, and scorched at others. And even now, in May, there is every chance that a mention in the TV weather forecast of a late frost will mean a rush to bring the little plants under cover in the evening!

Because of this, I have lifted out all manner of things that will help me to move pots around the garden quickly. I suspect that many readers will have similar requirements, so see what you make of these...(and let me know if you have any other suggestions?)

I am lucky enough to have two big strong plastic "gravel-trays", made by Stewarts. Mine are 40cm x 50cm. They can cope with 9 or 10 pots. I have had these for a few years now, and I don't think this particular model is still produced. I have searched online and found something similar, but not the same. 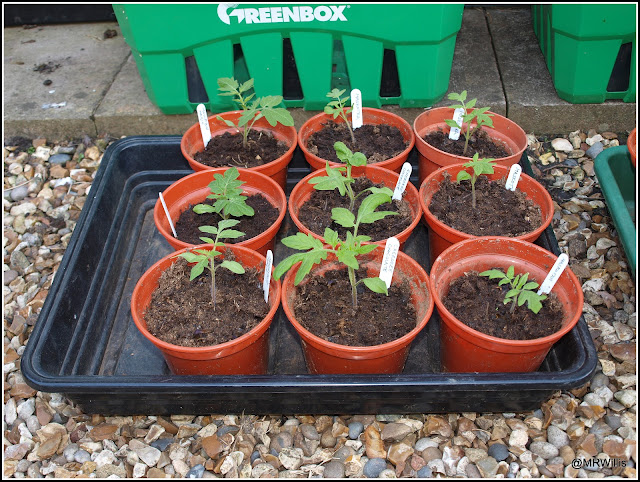 Then, (seen in the background of the photo above), I have some of these: 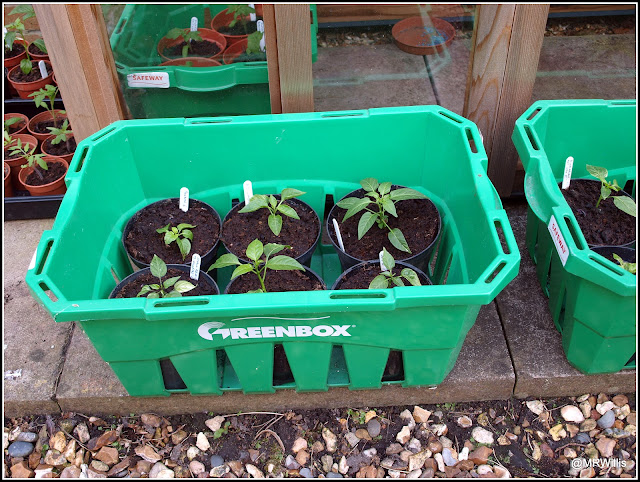 These were used in the old Safeway supermarkets, many years ago, when self-scanning and self-packing was just coming in, as an alternative to plastic bags. You had to buy them, but then you were able to use them again and again. We bought four, and they have been used for lots of different purposes over the years - very useful bits of kit! Now I have brought them into use for carting around potted plants. Each one can hold six 6-inch pots.

This next one is the base part of an unheated propagator which I used for several years, until the top (clear) part cracked and went cloudy. I drilled some drainage holes in the base and gave it a new lease of life in a different role. 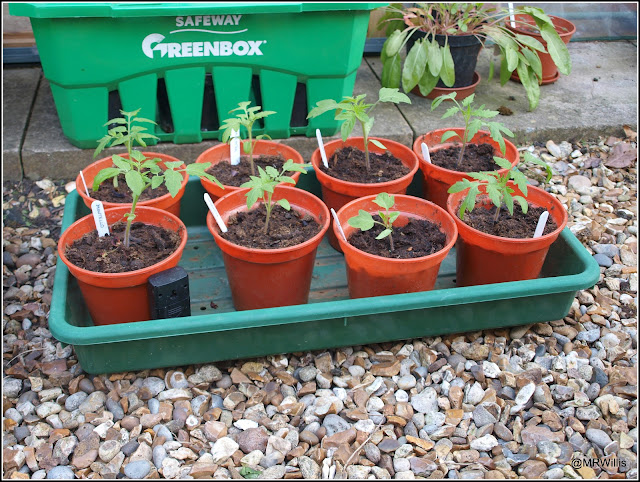 The least sophisticated items in the inventory are these - old plastic washing-up bowls. 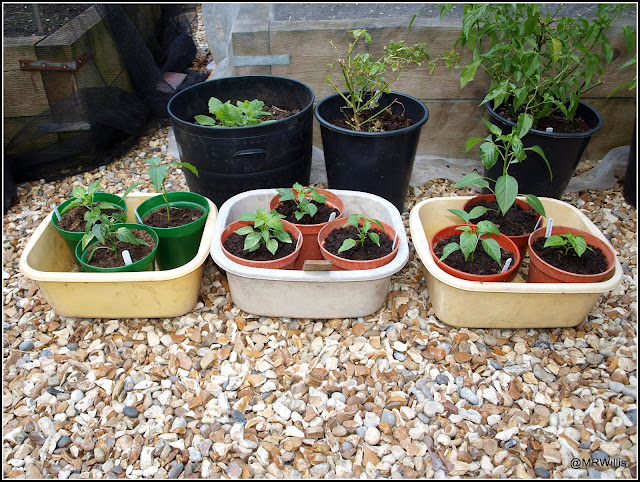 They are not so big - each will only carry 3 pots - but at least it salves my conscience a bit, in that I'm not throwing away an item which is no longer fit for its original purpose. Again, I have been using these as gardening equipment for many years (you don't get a new washing-up bowl that often, do you?), so I suspect that the oldest one is probably 12 - 15 years old! As with the propagator base seen above, I have drilled some drainage holes in them, so that they don't fill up with water when they are outside in the rain.

Writing this post, I am very conscious that all the items I have described are made of plastic, a material which is currently coming in for a lot of criticism. The fact is that plastic is a very useful material, and in the last 50 or 60 years has permeated practically every aspect of our lives. We can't just suddenly stop using it (our society would grind to a halt very rapidly if we did!). However, we can all do our best to minimize the wastage of plastic, and the sending of it to landfill when it could still be used for something else. So let's not be in too much of a hurry to throw away old plastic items if they can be usefully re-purposed - perhaps in the garden.
Posted by Mark Willis at 12:30