Right! My Squash plants are fed up with being confined to their little pots, they're going in! 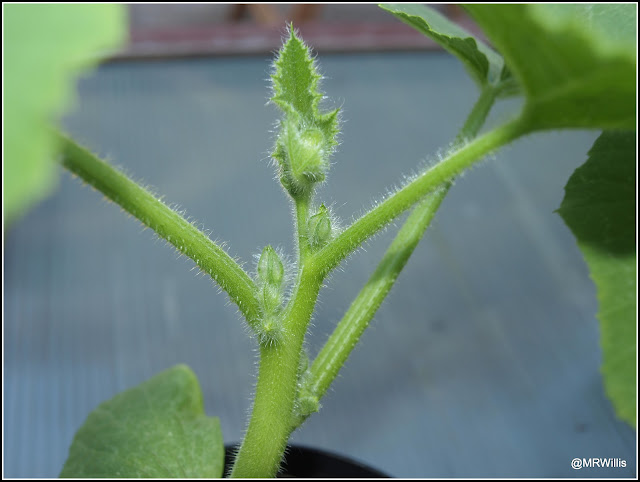 Over the last 10 days or so we have had a surprising (but welcome) amount of sunshine, and I have been tempted several times to plant out the squashes. It's a good job I didn't succumb to the temptation though, because the nights have been very chilly. The temperature went down to just over 3C one night last week. Luckily the forecast shows relatively mild nights (about 10C) for the next 10 days, so I think it will be OK to plant the squashes now. They have been outside for the last 4 nights without any adverse effects...

A few days ago I cleared my embryonic "Pumpkin Patch" up at the plot. I didn't have the energy or enthusiasm to dig it a thoroughly as the rest of the plot, but I did remove all the perennial weeds and raked the soil fairly smooth. 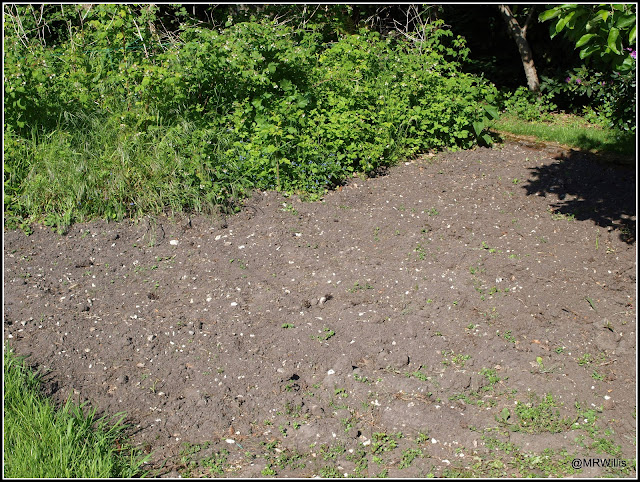 
The soil here is very light and sandy. With the recent scarcity of rain it is very dry too - almost dusty. Although I have very little experience of growing squashes, I know that they like rich, moist soil, so a fair bit of preparatory work was necessary. I decided where I would position the plants and for each one I dug a large hole, about 30cm deep. 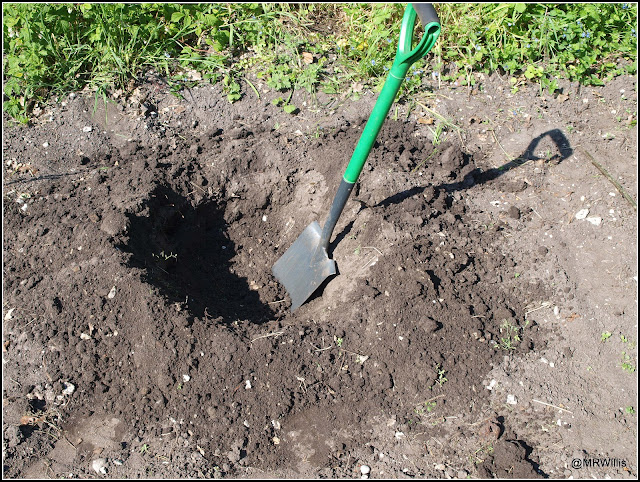 Into each hole I put two "tub-trugs"-worth of old compost, which filled the holes back to roughly the original ground level. 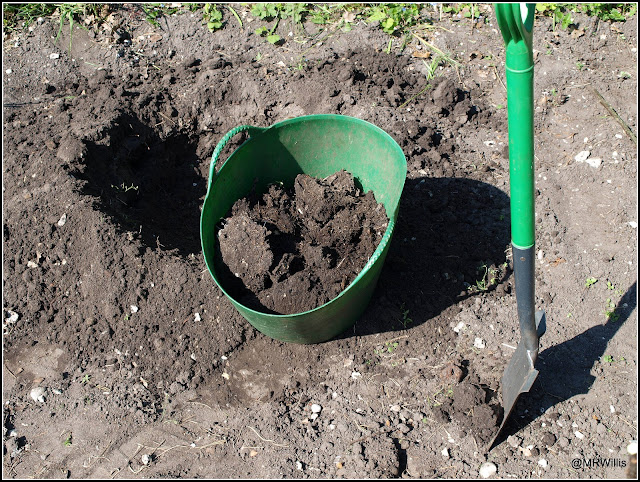 Having marked the centre of each hole with a stick, I covered the compost with the soil I had removed from the holes, building it up to make a raised mound a few centimetres tall. I will plant the squashes on the tops of the mounds. This is because I have read that squash plants really do not like to have wet stems. Their roots will hopefully be quick to search out the moisture in the compost down below. 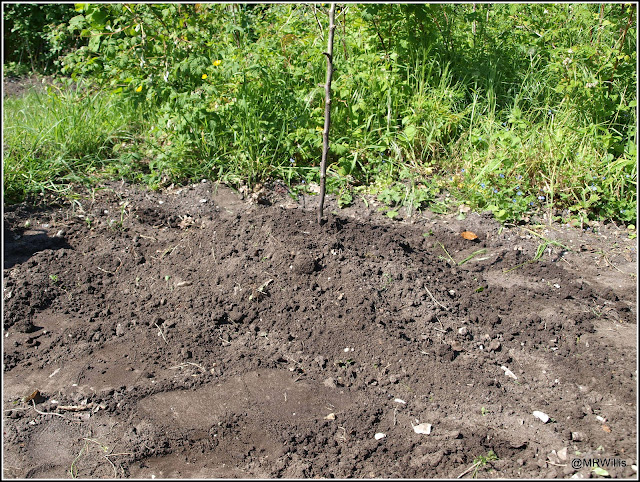 I know it's difficult to make them out in the photo, but here are all six mounds, marked with sticks, all ready for planting. 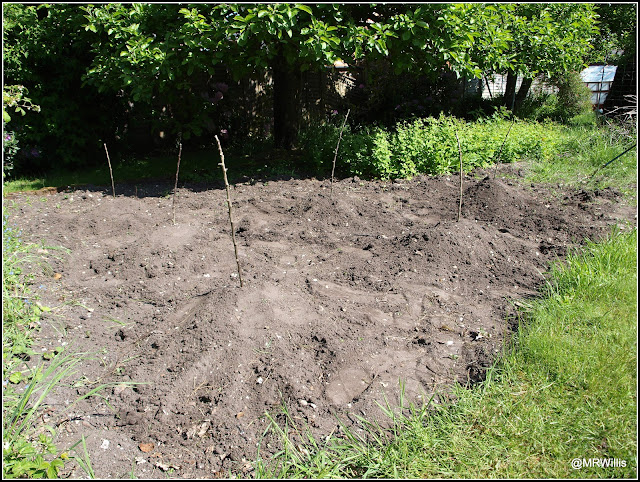 I decided to risk planting some of the squashes, but in my usual cautious way, I planted only 3 and kept the others back, just in case the nights are still too cold for them.

Since I wanted to delay a few more days before planting the other 3 squashes, I potted them on into bigger pots, because I felt they might suffer if they remained any longer in the small ones. A bigger pot and some fresh compost will keep them in good condition for a while - though they are now beginning to grow very rapidly!
Posted by Mark Willis at 12:30