In gardening parlance the term "hardening-off" means to gradually acclimatise young plants to outdoor conditions, prior to planting out. The young plants are put outside initially for short periods, progressively getting longer, and they are brought indoors or under cover at night time. After a couple of weeks the plants are left outside throughout the full 24 hours - but possibly kept in their pots for a little while longer, so that they can still be brought inside in an emergency - for instance if a sudden cold snap comes along. If you don't do all this it's likely that your young plants may die, or at least not do well. Sudden exposure to conditions that are too hot for them, or too cold, or too windy is definitely not recommended!

Over the last month or so I have been applying this procedure to lots of plants.  I've found that one of the best places for hardening-off my young plants is just outside the glass doors that open out from our Living-Room into the garden. It gets lots of sun early in the day, but is shaded by early afternoon when the light is at its strongest. It also gets some benefit from the nearby coldframe, which provides some wind-protection on certain days.


These squash plants are getting quite big now, and could really do with planting out, but the weather has just not been warm enough for this - especially the nights, during which the temperatures have been typically only 7C or 8C, and a couple of times recently as low as 3C or 4C. The current 10-day forecast looks better, so hopefully I'll be able to plant them in the next day or two. 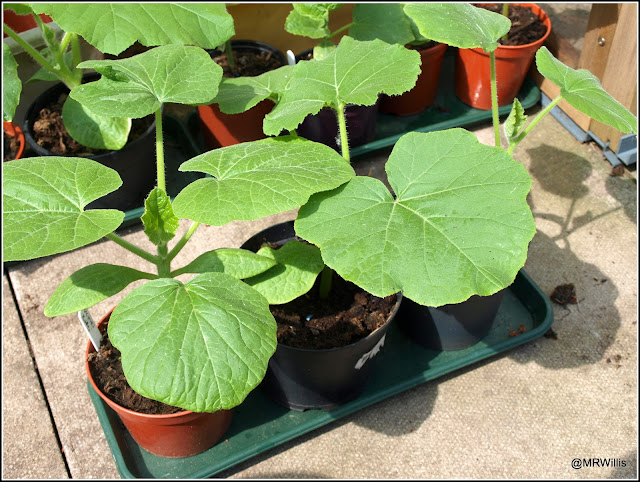 Tomatoes are one of my staple crops, and I always take more trouble over them than with anything else, so I have been careful to give them the text-book treatment. 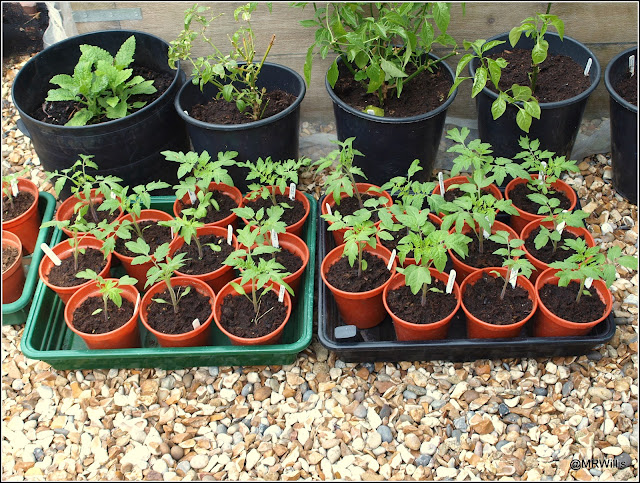 My tomato plants are not yet very big, but they are looking good. 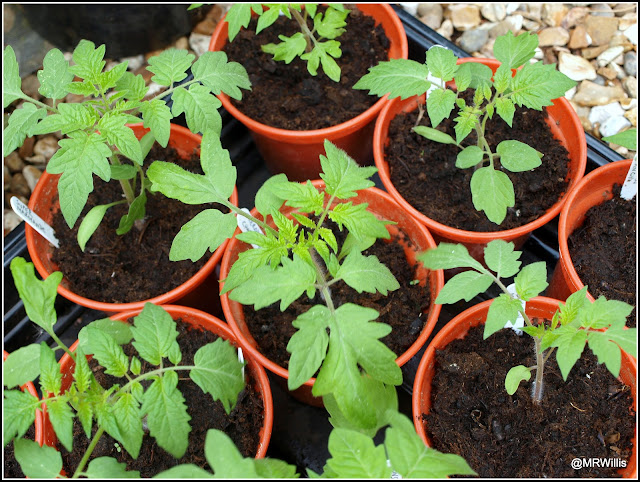 With exposure to the outdoor conditions, particularly wind, tomato plants toughen-up and their stems become stronger. One way to judge whether a tomato has been properly hardened-off is to inspect the stem. It should be quite stout - not thin and leggy -and it should be a dark colour, not pale. The one in this next photo is "getting there", but not ready for planting out yet. 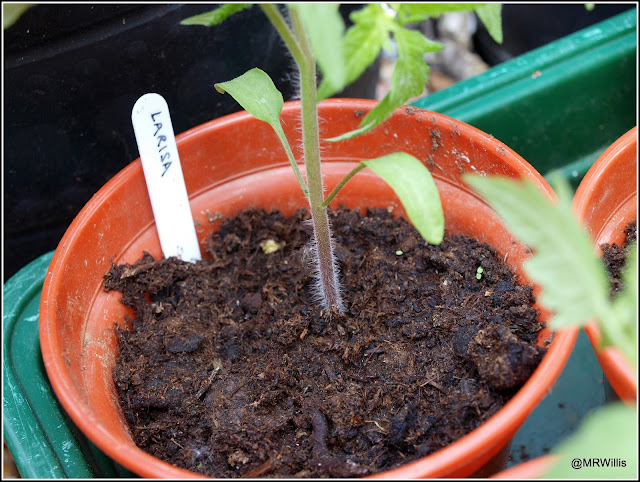 I think the tomatoes will be ready to go outdoors in their final containers by about the end of May or the first few days of June.

The same applies to my chillis. If you have been following my blog you will know that they got off to a bit of a shaky start, but have now recovered. Some of them have developed into pretty decent specimens now, if a little small for this stage of the year. 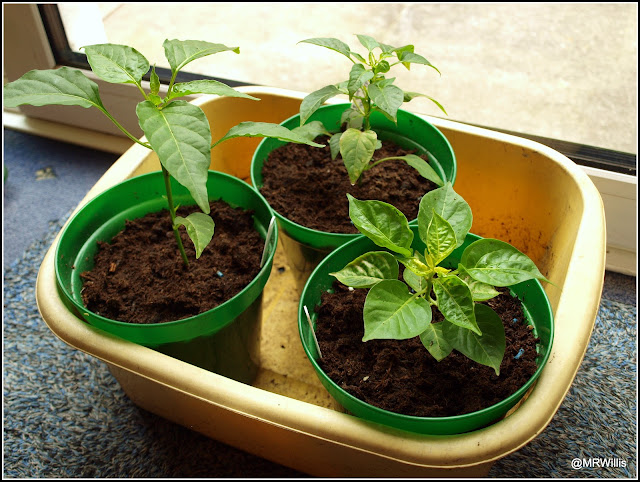 Until this last weekend, the chillis, along with the squashes, have been spending the nights indoors, while the tomatoes have had the use of the big coldframe. During the daytime most of them get lined-up next to the raised beds, which afford some shelter from the breezes. 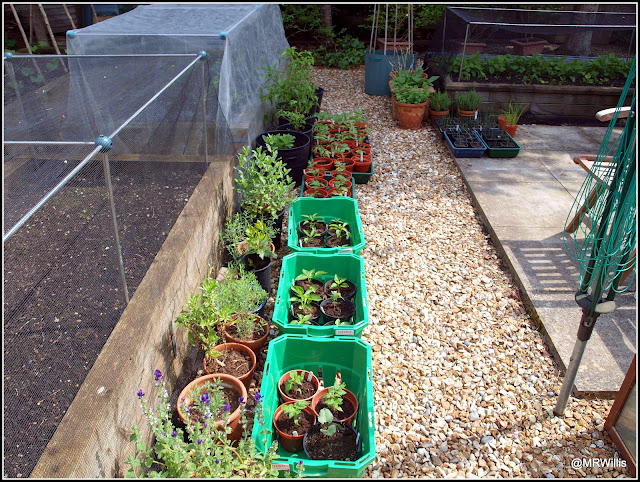 One of the great benefits of being Retired is that you can be at home more often, which is a great boon when plants need moving around a lot, as they do during hardening-off time! When I was working I always had to guess what the weather was going to be like during the day, and position my little plants accordingly, whereas now I often move them around 3 or 4 times a day. There were often some anxious moments worrying about whether they would still be OK when I got home, but now I can just pop outside and quickly rescue them if they need it. Bliss!
Posted by Mark Willis at 12:30