Getting ready for the cucurbits

When I first took on my Courtmoor plot last Autumn, I asked the homeowners how much of the garden they wanted me to look after. They said "As much or as little as you want". I decided that it would be sensible to start with some fairly modest ambitions and not try to achieve too much in my first year, because I was (and still am) acutely conscious that this plot is quite different to what I'm used to. This being so, I resolved to use a piece which is very approximately 5m x 20m - the piece that had been the homeowners' veg-plot all along. 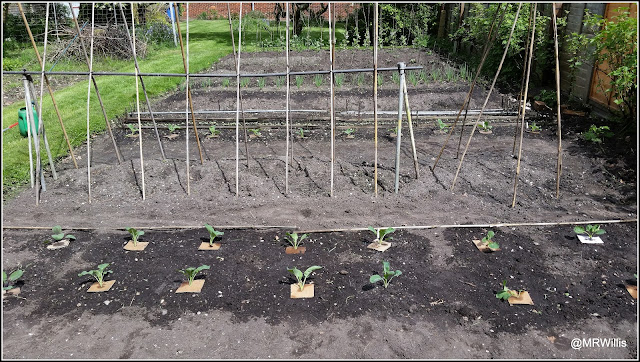 "Stuff expands to fit the space available" they say (or words to that effect!), and this patch is now almost fully populated (even if the beans haven't yet been planted underneath those canes). On the go already are Broad Beans, Potatoes, Onions, Shallots, Parsnips, Beetroot, Radishes, Cabbages, Kaibroc, Cauliflower and Brussels Sprouts, but I still have more things I want to grow!

I really do want to have a try with growing squashes - something that I have never achieved with any success in my own very shady garden - and I have got my eye on another little piece of ground that might work as a "Pumpkin patch". It's the open patch just beyond my green tub-trug in this next photo: 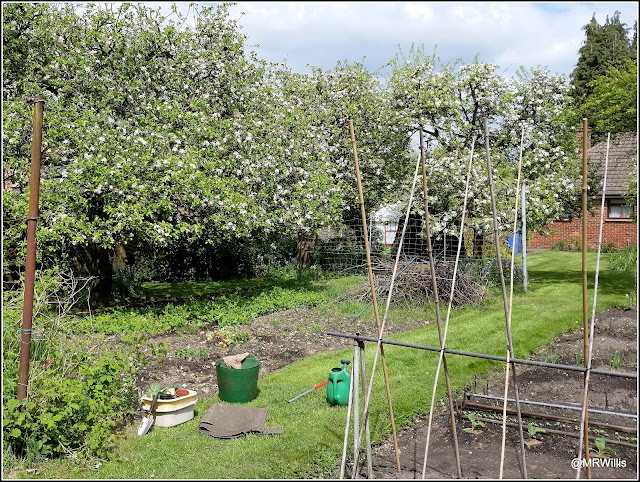 Here it is, seen from a different angle. The green vegetation underneath the apple tree is Geum urbanum (aka Wood Avens), a rapidly-spreading weed, so that will have to go. It was the stuff that I had to remove so much of when I was weeding the Raspberries. Fortunately, it is fairly easy to dig up. 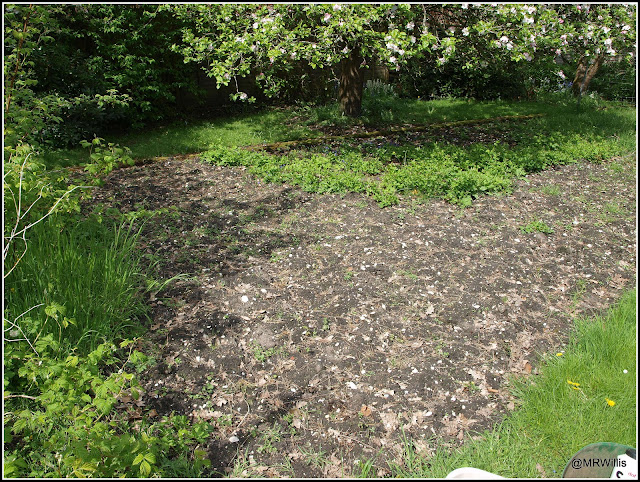 My plan is to plant some squashes well over towards the apple tree, so that their roots will be shaded for part of the day in high Summer, whilst their runners (hopefully including some flowers) will be able to grow in the full sun.

I have already got my squash plants started. They were sown on April 18th and are now producing their first true leaves:. Here they are, mixed in with some Cucumber plants: 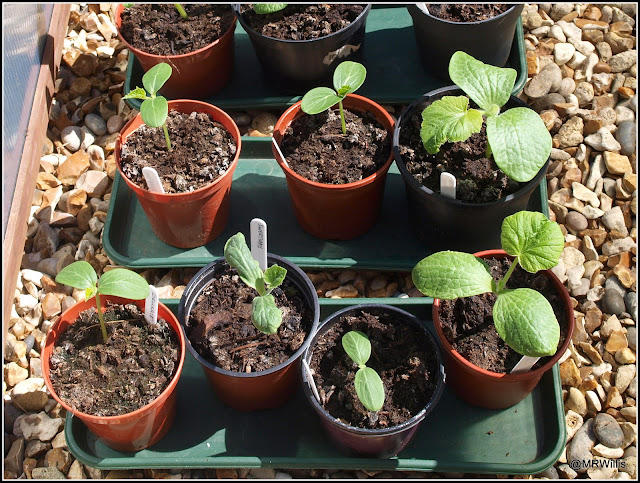 I have two each of "Crown Prince", "Uchiki Kuri" and "Sweetmax". The cucumbers are two each of "Marketmore" and "Delikate B". The cukes are destined for my own home garden, not the Courtmoor plot. 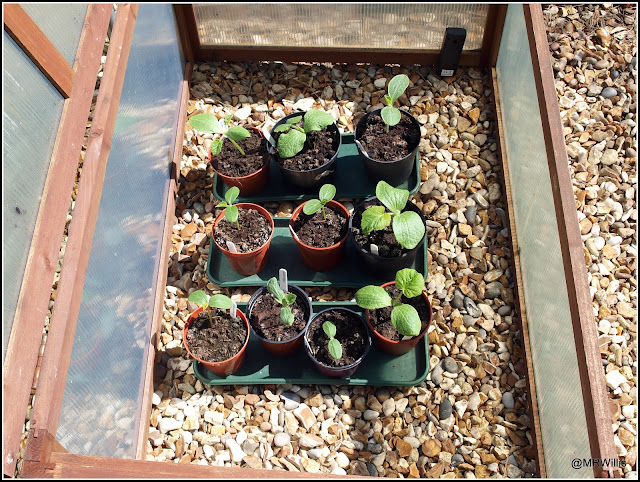 This 50cm tub with its wigwam of bamboo poles is ready and waiting for the cucumbers. 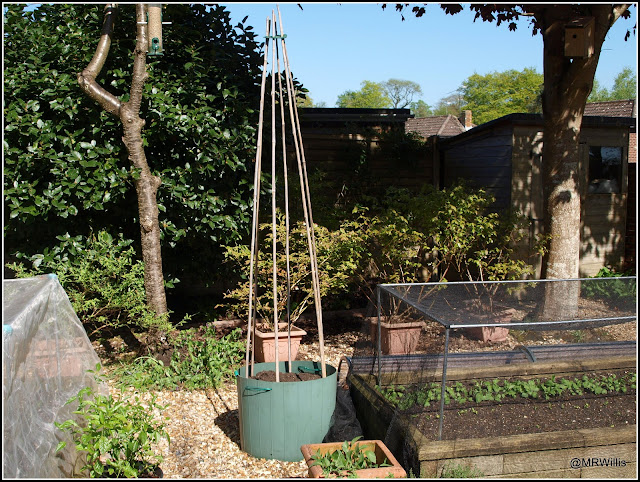 Here's hoping for a nice warm, sunny Summer, followed by lots of lovely squashes to eat in the Autumn!
Posted by Mark Willis at 12:30