Yesterday I was writing about making plans to have more Winter veg next year, and one of my blogging friends - Daphne from Daphne's Dandelions - suggested using the method called "underplanting". This is something I already do in some small measure, but she is right that I could do more. The idea is that you sow or plant your second crop underneath an existing one which will mature and be cleared away before the second one gets big. This is an example of what I have at present - Endives and Radicchio growing at the feet of my Brussels Sprouts. 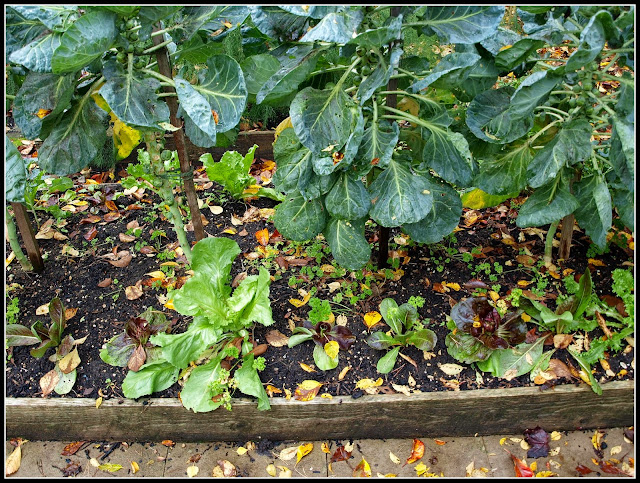 And lurking in amongst the Autumn leaves beneath the PSB and Cavolo Nero is this little Curly Endive: 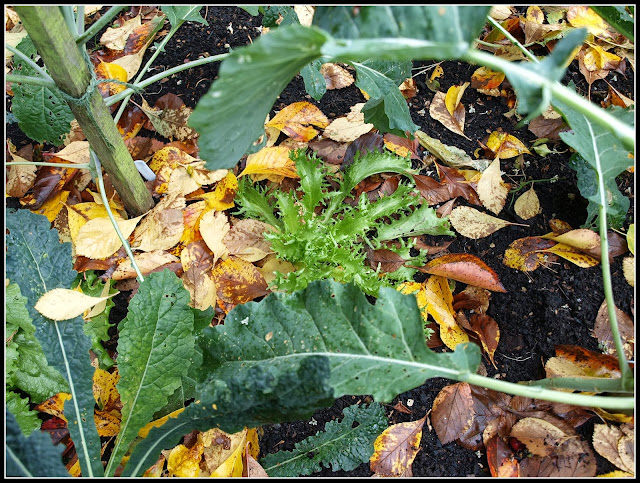 The technique is one that takes a bit of trial-and-error before you can expect to perfect it, since it is difficult to make sure that the crops get enough light and moisture, but it's worth persevering with because it can markedly increase the yield from your space.﻿

Just to illustrate the difficulty of getting light levels right, have a look at the Broccoli plants in the following series of pictures. I planted six seedlings of the miniature broccoli variety "Matsuri", at the corners of two of my raised beds. One of these beds was that in which my Brussels Sprouts have been growing. The Sprouts were already very big when I planted the broccoli and they have definitely blocked out most of the light - and probably grabbed all the nutrients in the soil too.

On the other hand, the broccoli in the other bed, planted at the same time as the PSB and Cavolo Nero, is much more luxuriant: 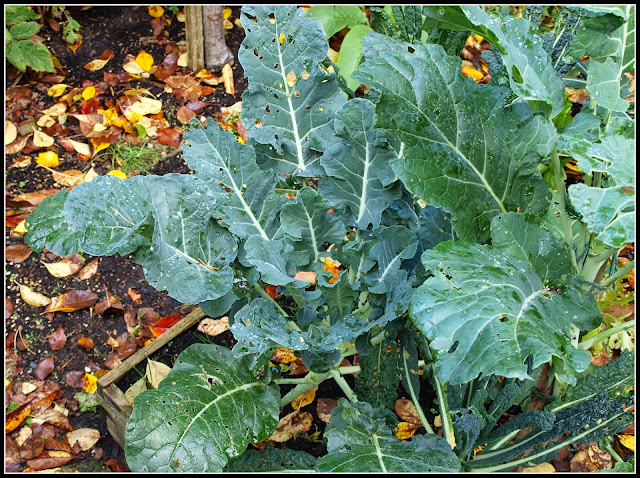 ﻿
This is how the Broccoli is supposed to be! I don't think the ones in the Brussels Sprouts bed will ever mature properly (they are probably not very cold-tolerant), whereas the bigger ones in the PSB bed are nearly ready now:

My experiments with underplanting will continue, probably using some less leafy veg next time! Have any of you had success with this technique, and if so, what combinations worked well for you?
Posted by Mark Willis at 17:30